From the standpoint of Islamic theology and salvation history,4 it is simply unacceptable to deem the Biblical God and that of the Qur’an to be anything but the same, despite the fact that, in recent years, many English-speaking Muslims have developed an ill-advised convention of avoiding the word “God” under the mistaken assumption that only the Arabic word “Allah” carries a linguistic guarantee of theological authenticity. Beautiful names for God are not unique to the Bible or the Qur’an nor to any religion or group of human tongues. Semitic languages—like Hebrew, Aramaic, and Arabic—possess rich glossaries of divine names, but those who invoke them have never possessed a monopoly on God. At a most fundamental level, all humanity shares in a legacy of knowing the Supreme Being and being able to designate him by appropriate names, which—from an Islamic point of view—reflect human-kind’s inborn knowledge of God, bolstered by its remote association with the primeval legacy of universal prophecy. As for our English word “God,” it reflects such primordial roots, belongs to the treasury of ancient divine names, and is among the most expressive designations of the Supreme Being. The continued aversion on the part of many English speaking Muslims to admit “God” into their vocabulary serves only to reinforce the groundless claims of the religious right. It is urgent for English-speaking Muslims to communicate coherently, and embracing the word “God” is an important step in that direction.

One God, Many Names

Be the first to comment on "A Nawawi Foundation Paper: One God, Many Names" 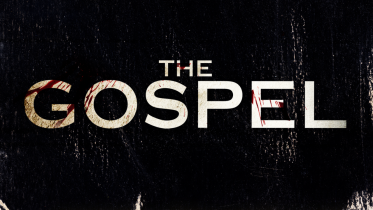 (This was the answer given by the late Maulana Dr. Fazlur Rahman Ansari) There are two things we need to know about the Gospel. These…