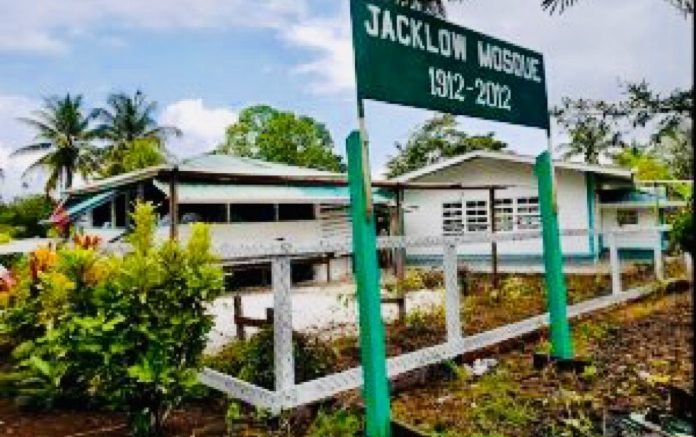 The Masjid in Jacklow, Pomeroon, Region Two, which is said to be 108 years old, was on Sunday recommissioned after a new structure was constructed in late 2019.  This historic moment in this small community was recorded in the online pages of the Guyana Chronicle here.

The Chronicle’s staff reporter records that:

“At a simple ceremony at the Jacklow Jamaat (congregation), donors and invitees remembered the long road to the new Mosque and Madrasa (religious school).

Sharing the history of the masjid was Mansoor Baksh of the Essequibo Ahmadiyya Organisation Lahore. He said the founder of the masjid Sarafraz and his wife Gafooran came to Guyana from India as indentured servants. 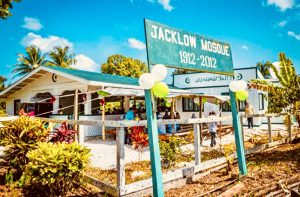 Sarafraz came from the province Punjab, while Gafooran, his wife, came from Uttar Pradesh. The crowd was told that the couple arrived in Berbice, Guyana in 1885 and was bound for Hampton Court Sugar Plantation.

After servicing six years of semi-slave labour, they were released and found temporary shelter at an abandoned estate at Plantation Better Success in 1892.

During that time, there was a road link from Dartmouth to Charity which allowed easy access to the Pomeroon River.

Sarafraz and 15 “Jahajees” (ship mates who more than likely came to Guyana on the same ship journey from India) in 1911 occupied several acres of land between Martindale and Siriki in the Pomeroon River. Sarafraz’s estate was known as “Rabeah” – he and Hamid, Refeedeen, Kallod, and two others supported the first ‘Trooli-Roof’ Masjid built by Sarafraz in January 1912. The mosque was 12 feet by 15 feet with manicole (palm) walls.

Baksh said the mosque was rebuilt in 1924, later in 1959 and now in 2019. The Jacklow Masjid served an area of thirty miles; where several Muslim families reside. All the Muslim calendar dates were observed, inclusive of Ramzan Shareef, the two Eids, and the Prophet’s birth date. 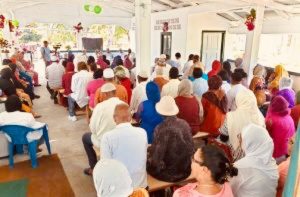 The gathering at the recommission ceremony

Muslims over the years used boats in the Jacklow area to attend Friday service. In 1935, the Imams were Abdul Hamid Ustadin and Sekandar.
From 1955, the new Imams were Abdul Ghanie, Mohamed Yussuf, Mohamed Noor and Basir’s second son, Magbool Amad Basir.

Imam Magbool Basir is also the architect of a new mosque at Charity, a small township of 5000 inhabitants.

The Jacklow mosque traditionally was a tourist destination for visiting Muslims; some of whom will spend a whole week enjoying the cool river breeze and many fruits. Some came from India, Pakistan, Syria, Suriname, England, and the USA.”

The Guyana Chronicle is to be commended for reporting stories like these that touches the ordinary day to day life of its readers. 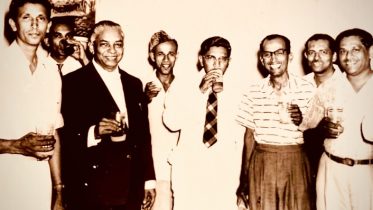 In the spirit of Ramdhan 2021, I reflect again on the Muslims of Guyana and this time; I share with readers a paper written by…