Soon after the August 10th, 2020 Trinidad and Tobago elections date was announced, the Trinidad Guardian front page screamed “MUSLIMS DIVIDED”. In the days that followed, online editions of Trinidad newspapers followed up with a variety of headlines:

TT Muslims are not a cohesive community under a command and obey leadership.  There are multitudes of national organizations with similar amounts of acronyms portrayed as speaking on behalf of a singular Muslim polity. On contrary Muslims are divided on the basis of difference in creeds, understanding of sacred law, economic class, race, urbanized and rural, education, religious and otherwise. To suggest that they can be corral and herded into one political party or the other strains reality.  Each Muslim maintains individual agency in the exercise of their voting rights.  They can no more be influenced by ‘religious’ leaders as by the political campaigns of each competing political party.

The major Muslim Organizations, ASJA, TIA and TML’s silence and impartiality on political matters is more or less guaranteed, given that they operate schools governed by the Concordant.  The subventions from the state is critical for the continued operations of their respective schools and organization.

Political Scientist Indira Rampersad said “Under Eric Williams, many Muslims supported the PNM“. This oft repeated phrase speaks specifically about TT Indo-Muslims. Kamaluddin Mohammed and Dr. Winston Mahabir were founders of the PNM alongside its founding political leader Dr Eric Williams.  After PNM and Dr. Williams lost the 1958 Federal elections he branded Indo-Trinidadians as ‘a hostile and recalcitrant minority.’  Dr. Mahabir left the PNM and country soon after.  Kamaluddin stayed alongside Dr. Williams serving the post independence TT in many capacities including Deputy Political Leader and Acting Prime Minister.

This family served with the PNM and at one time had two members in Dr. Williams cabinet.

Kamaluddin remaining in the PNM, led to the phrase “many Muslims supported the PNM’, thus symbolizing Muslims as supportive of the PNM.  It may also be a nuanced way of pointing out the perceived disloyalty of Indo-Muslims to the tribe of Indo-Trinidadians.  In the rural community in which I grew up in, Indo-Muslims were visible and vociferous in their support for parties in opposition to the PNM.

Upon Dr. Williams death in office, the choice of George Chambers as Prime Minister superseded the more senior Kamaluddin. The perception at the time was that the country was not ready for an Indian Prime Minister. Under George Chambers and subsequent PNM governments the Mohammed family’s relationship frayed. In 2000 Kamaluddin is reported in the press suggesting that “I still control the Muslim vote,”  which he said that he took straight to the UNC.

The Mohammed family still had connections within the PNM via Kamaluddin’s niece Nafeesa Mohammed, a lawyer who served as PNM’s Deputy Political Leader, Chairman of the San Juan / Laventille Municipal Corporation, amongst other offices.  Nafeesa resigned from the PNM  a moment that might prove to be the severing of ties with the PNM from one of its founding families.  Nafeesa later issued a lengthy statement documenting the matters of disagreement with the PNM. Will PNM still benefit from Muslim voters, yes but moreso due to an alignment of self interest from citizen voters who are also Muslims, not because they are Muslims.

Imam Clyde’s sermon notwithstanding, Muslims will not filter his angst into political action.

For elections 2020, the Muslim voter in TT will exercise their individual franchise to vote based on their own self interest and agency, and would not be herded to either traditional party, PNM or UNC. 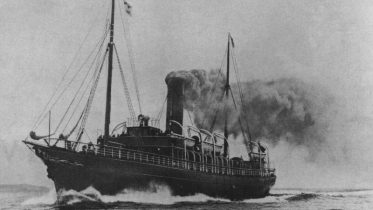 1837 – John Gladstone suggests East Indian indentured labour as a solution to the drifting of Africans from the plantations to the towns. Permission is…