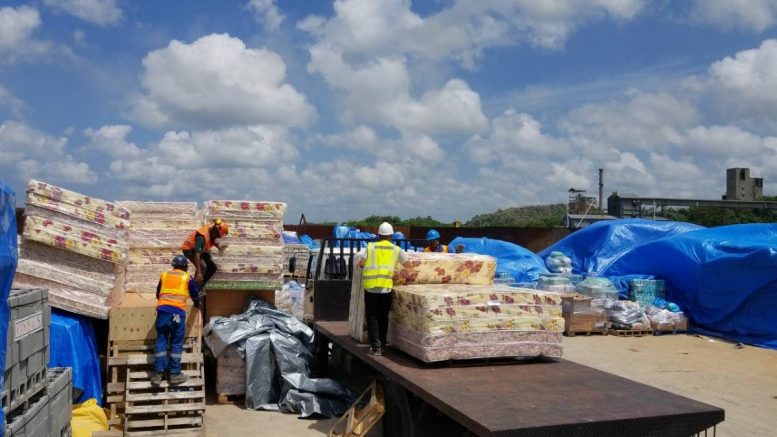 From Trinidad with love.

A barge with just over $2 million worth in building materials, foodstuffs, clothing, water, mattresses and baby items left Trinidad at mid-morning yesterday for hurricane-ravaged Dominica. The TT Coast Guard was monitoring the vessel having regard to reports coming out from Dominica that men with guns and cutlasses were confronting vessels arriving with relief supplies.

It was the result of efforts of a massive collection drive by the ASH-NAD Foundation of Cipero Road, near San Fernando; Barakah Foundation; Islamic Broadcasting Network, led by television host Inshan Ishmael.

The collection drive saw individuals and charitable groups delivering items to the Barakah grounds collection venue, days after Prime Minister Dr Keith Rowley’s call for citizens to open their doors to the citizens of impoverished neighbouring Dominica following the passage of the category Five hurricane Maria last month. Ahmeed Ali of the ASH-NAD Foundation which teamed up with Ishmael’s Barakah, described the outpouring of donation from people of every race, religion and political affiliation, as one that was much “bigger” than the barge itself.

Ishmael commented that almost daily, people had desposited mattresses, bottled water “and I dare say, they came from diffeent religious groups, not just the Muslim community”. The barge was loaded at TCL’s Claxton Bay jetty and it left at the weekend and on board, Ali said, were 450 pallet of concrete blocks, 2,000 sheets of galvanize, 300 mattresses, eight cargo containers of packaged food items, 2,000 pallets of drinks among a host of necessities. The barge was loaded to full capacity, Ali added.

Ali said that a group consisting of ten persons from both foundations headed by Ishmael and himself, will arrive in Dominica between today (Monday) and tomorrow. They intend to meet with people on the ground for a continuing assessment of the immediate needs of the people.

Be the first to comment on "To Dominica With Love" 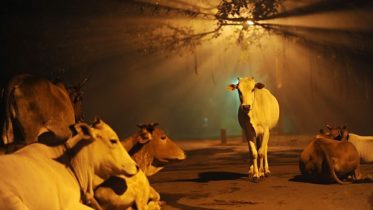 No “holy cows” in Suriname In this article the connections and disparities between Surinamese Hindustanis and India are centralized. We demonstrate that while identities among…