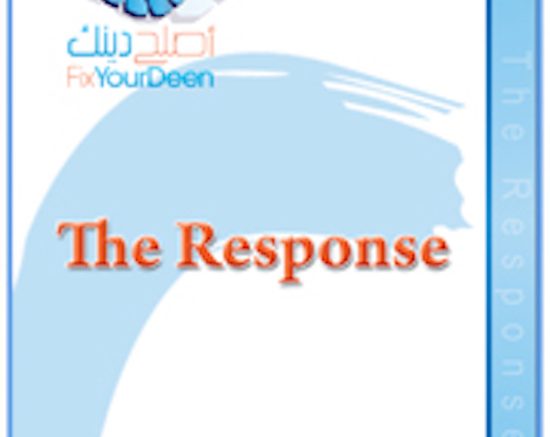 This book is the result of a lengthy collaboration between scholars of Egypt’s prestigious Al-Azhar University and Islamic Hotline or El-Hatef El-Islami organization. Put simply, far too simply, its aim is to contest the growing number of intolerant and/or simply mistaken legal opinions that often go unchallenged in Muslim communities today. Deeply rooted in the legal tradition of ikhtilaf writings, yet utilizing modern means of communication, The Response (← click to download) applies the wisdom of the classical jurists to the complex realities of the contemporary Muslim world.

What can the present work add to the overcrowded and, it seems, increasingly stagnant debate on “how to live as a Muslim in the modern world”?  This book’s importance lies in refocusing our attention on the flexibility and coherence of the works of Sunni Islam’s traditional legal authorities, a point that, while eloquently made in Professor Muhammad Ra’fat ‘Uthman’s introduction, informs the reasoning behind all the legal opinions (fatawa) contained here. Of course, the same kind of reasoning was exercised by the classical jurists, for whom “difference” (ikhtilaf) was perceived as a sign of God’s mercy (rahma).  Sadly, the jurists’ initial courage – their respect for difference, even for ambiguity – is now often forgotten, as the search for a single, monolithic reading to solve all problems regularly results in discussions breaking down into mere polemic. In troubled times, the authors invite Muslims to exercise compassion and common sense in their dealings with each other. The advice given is not to judge harshly someone who fails to live up to your standards, or who prefers a different path, or who is ignorant of the law in a particular instance.

The Response is written primarily for Muslims who, in searching for guidance, have been given simplistic, problematic and often dangerous readings of the faith.  Its hope – for Muslims to value patience, caution and mercy – should not be misread as a call for undue lenience. The lines separating Muslim behavior from that of non-Muslims are clearly delineated. One example will suffice: while certain commentators prohibit Muslims from congratulating non-Muslims on the latter’s festival days, The Response permits this (fatwa no. 15); yet, it also links this permission to the condition that Muslims do not, while interacting with non-Muslims, begin to emulate their thinking or behavior. Any act that endangers a Muslim’s commitment to his or her faith is strongly discouraged; what is most important in establishing ethical and legal culpability is the underlying intention (niyya). The classical jurists would have agreed.

Originally composed in Arabic, this work was translated into English with a sense of urgency: it needed to be done, and it needed to be done now. The Response joins a growing body of scholarship through which the early legal scholars of Islam are permitted once again to speak for themselves. In contrast to the idiosyncratic interpretations of certain contemporary Hanbali scholars, the books’ authors realize the need for some rulings to be adapted to modern settings; they strive to do so without sacrificing the fundamental principles upon which the original rulings were based (e.g. fatwa no. 75). Needless to say, not all the opinions recommended here will convince all readers. But, these authors would contend, that is not the main issue at stake. For, as they repeatedly emphasize throughout their work, so long as an issue produces ikhtilaf among the scholars of Islam, it may not be legally prohibited by Muslims (e.g. fatwa 48). Ultimately, then, the authors’ response to extremism is to leave Muslims, as intelligent readers, to make their own choices, and to live with the consequences of these.

Be the first to comment on "Book “The Response”" 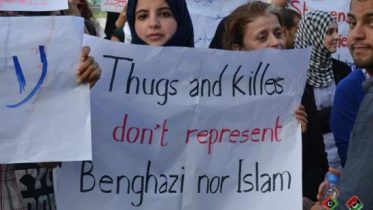 Muslim representative organizations in Trinidad and Tobago have collectively condemned the mob violence in which US Ambassador Chris Stevens, several of his colleagues and many…