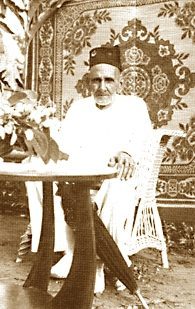 Guyana and Suriname are located on the northeast coast of South America, and are two of the three non-Hispanic enclaves that make up the Guianas. Suriname is also one of the most ethnically and culturally mixed countries in the world. In Paramaribo, the capital of this Dutch speaking nation of about 450,000 people architecture graphically reflects this synthesis of peoples. A beautiful Mughal style mosque shares the same street with an imposing nineteenth-century wooden synagogue, several Hindu temples and the Roman Catholic cathedral can be found in the capital as well. Suriname like Guyana are colourful mixtures of African and Asian influences.

Guyana and Suriname’s rich cultural mosaic is the legacy of the Dutch and British plantation economy, which after the abolition of slavery brought many indentured workers from British India, Indonesia, and China (see Figure 1). They joined the descendants of African slaves, a large Jewish community, a European and Middle Eastern business and professional élite and the remnants of the indigenous Arawak and Carib peoples. Dutch, Hindustani, Hakka, Mandarin, and Javanese are also spoken in Suriname. Islam, Hinduism and Christianity are part of the cultural mosaic. In Guyana English is the medium of exchange. Hindi and Urdu are used only for religious purposes by Hindus and Muslims (see Figure 2). In both countries the majority of the Asian immigrants settled in the fertile farming area near the coast, while the African-descended Creoles tended to move into the cities. Some Surinamese who were former slaves from West Africa escaped the Dutch sugar plantations into the jungle. These runway slaves are called boschnegers.

Both Suriname and Guyana experienced political turmoil after independence from Holland and England. Guyana had an Afro dominated dictatorship, which marginalized East Indians while in Suriname several coups rocked that country’s peaceful history. Remarkably, this cosmopolitan mixture held together under Dutch rule, but as independence approached, ethnically based political parties took shape, rallying supporters on racial lines. In Guyana racial tensions have spilled over into ethnic violence several times, but in Suriname consoctional democracy has worked. The Dutch pulled out in 1975, promising continued aid, but many Surinamese who were fearful of what happened in neighbouring Guyana to East Indians, decided to accept the offer of Dutch citizenship. Some 40,000 migrated to Holland in the months preceding independence. Today over 400,000 Surinamese live in Holland. In Guyana over half of its population migrated to the United States, Canada, England, Suriname and Trinidad. The dictatorship in Guyana ended in 1992 after the United States decided to support the democratic movement. With the end of the Cold War, the United States was no longer afraid of the opposition People’s Progressive Party as the leadership of the PPP was accused of being communist sympathizers.

Their fears were in part justified, for Guyana and Suriname underwent a series of political and economic traumas in the 1980s. A coup in 1980 brought Colonel Desi Bouterse to power, and when 15 opposition leaders were executed in 1982, the Netherlands imposed sanctions. Then, from 1986, a guerrilla war broke out between boschnegers and the Paramaribo-based military regime. Civilian rule was only solidly re-established in 1991, and since then the country’s fractious ethnic parties have formed more or less unstable coalition governments. The former dictator Bouterse, who has remained an influential presence, was indicted for cocaine smuggling by a Dutch court in 1997; the Surinamese Government refused to extradite him but in 1999 he was sentenced in absentia to 16 years.

Guyana and Suriname remain dependent on a handful of commodities: bauxite, sugar, timber, rice and bananas. Suriname continues to rely on Dutch financial support, which is decreasing and ever more conditional on democratic reforms. About half the population is estimated to live in poverty, and remittance payments from relatives in the Netherlands keep many families alive. This material poverty, deepening over the last decade, contrasts ironically with the country’s extraordinary wealth of cultural diversity. Guyana on the other hand, has been experiencing positive economic growth since the liberalization of the economy in the 1990’s. Violence continues to plague Guyana in which people of South Asian decent are mostly the victims. The police have also become victim of armed gangs. Suriname however, has remained relatively safe and stable.