Dr. Wahid Ali, a devout Muslim, was struck with a paralyzing disease four years ago. He drew upon his beliefs and his family to survive. Faith and prayer became his tools for existence. He was the founder of the Inter Religious Organization of T&T, the idea planted in his mind in 1951 by his mentor Maulana Abdul Aleem Siddiqui, Al Qaderi. In celebration of Eid-ul-Fitr, his family shares this story as one of inspiration for people of all faiths.

Dr. Wahid Ali, President of the Senate for 16 years (1971 to 1986), became so weak he could not swallow liquids.  He talked on the telephone by placing the receiver on a pillow as he lay in bed.  He couldn’t move his legs and feet more than a few inches. In August 1996, his sickness was diagnosed as Guillain-Barré Syndrome.  It is a disorder of progressive muscle weakness or paralysis; it is related to inflammation of multiple peripheral nerves.

There is no known prevention of this disease. Symptoms usually develop rapidly over a period of two or three weeks before leveling of.  The recovery phase may last four to six months, or longer.  Symptoms that require emergency

intervention include difficulty in breathing, an inability to swallow and fainting. As he wrote in his book, Back From the Brink, being a medical doctor increased the fears. “Words cannot describe the helplessness of the patient who feels his head bursting with pain, he writes.

Ali slept only two, three hours a day, and the headaches were a nightmare. His health has never recovered, through in his heart, he never gives up. “Now his meals are carried to him, since it’s difficult to go down the stairs,” his daughter Hameeda said last week. If he has to visit his doctor, he is assisted to the car.  His family is hoping for the best. With no desire to eat or drink, his muscles have wasted away.

During the first two months of his illness, he lost 42 pounds and the weight loss has continued.  Instead of getting relief through medicine, he had an allergic reaction. Being a medical doctor, Ali understood what being struck with this disease meant. The knowledge made him pensive. He thought of his two single daughters, and of his unmarried son whom he felt would cope better in life than the girls.  And he thought of all those who influenced him in one way or the other, like his wife Mariam who passed away in 1972, after 21 years of marriage.

When Mariam died, he became a single parent with eight children, aged 20 to one and a half years. “Mariam’s passing away had placed an unthinkable strain on me,” he said.  “I felt like a fish out of water.” It’s difficult for Ali to keep long conversations. At the height of his disease, constantly in pain, the doctor was told that a patient of his was in hospital. His patient exclaimed, “Dr. Ali, they told me how sick you were, and I’ve been praying for you.” Ali had always been kind to his patients.

At a time when the medical fraternity has highlighted its grouses and patients in hospitals regularly complain, the doctor has been no exception.  In his book, Ali was scathing in his comments on the way some nurses treated him.  But those who cared made the ordeal a little more tolerable. Guillain-Barré Syndrome has not been the only near-death scare for the Ali’s.

In 1975, with seven of his children, his brother Abass, his brother’s wife Zaitoon, their younger daughter Feroza and two teenage sons of doctors David and Elizabeth Quamina, they chartered a boat and set out on a fishing trip. About two miles out at sea, the boat developed engine trouble and when the captain attempted to restart the engine, a fire broke out.  The fire engulfed the boat, which was fuelled by gasoline, and the gas tank exploded. Flames roared into the sky. In the confusion, only four life jackets were found.  The captain’s assistant deserted them and the captain said he was swimming to shore for help.  They paddled in the choppy sea for more than 30 minutes. Hameeda, Ali’s daughter, held on to the back of her father’s T-shirt.  Ali held his niece Feroza in his left arm while he struggled to keep his sister-in-law’s face out of the water. They prayed constantly. The doctor heard his son Hakeem say, “Pedal, as you pedal a cycle.” About 50 feet away he saw his brother Abass holding his four-year-old daughter Azeeza in his arm.  Abass’s head dipped in and out of the water. Finally, a fishing boat arrived and one of the fishermen lifted Azeeza into the boat.  But Ali’s brother and his wife Zaitoon drowned.

The other near-death scare came in 1991 when Ali underwent open-heart surgery. “I saw myself floating into a serene a light blue tunnel.  In the distance I could see my mother, pleasant and smiling.  She did not say or do anything.  Her appearance was comforting.” But Ali made it back from the brink.

He was a recipient of the Trinity Cross, Trinidad & Tobago’s highest honour. He was a Doctor of Medicine. He was awarded the Clinical Prize in Surgery and the title Distinguished Graduate, UWI, in 1998 and was the first recipient of the Sir Thomas Taylor Award. He was also awarded the gold medal for Public Service by the Vishva Hindu Parishad and was the first President of the Inter-Religious Organisation. He was also a director of the ANSA McAL Foundation, and a widely published author.

Dr Wahid Ali was laid to rest at the El Socorro cemetery following a funeral service at his home on Sweet Briar Road, St Clair.  He died on Saturday August 9th 2008 after suffering a heart attack.

Be the first to comment on "Senator Dr. Wahid Ali" 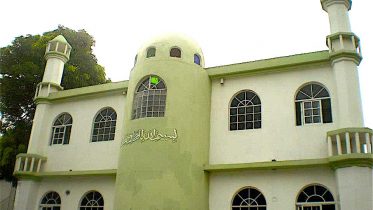 Jamaican Muslims held their annual educational retreat from December 24th to December 27th. The retreat was held at The Masjid on 24 Camp Road, Kingston….