Modern Guyana’s political history started with the Peoples Progressive Party (PPP), a left wing party, founded by Dr. Cheddi Jagan in the 1950 who forged strong ties with nationalists in Ghana, Iran, Indonesia, Syria, and Egypt. The party’s lofty goals, anti-colonialism, socialism and nationalism were analogous with Nasserism. Former Guyanese President, Dr. Cheddi Jagan travelled to Syria and Egypt in the 1960s and identified with the Iranian’s nationalist movement under the leadership of Dr. Mossadegh. A CIA covert operation let to the illegal removal of Dr. Jagan from power in the 1960s and the Peoples National Congress (PNC), the other political party came to power in Guyana and continued the same Jagganite foreign policies. Libya, Iraq, and Egypt opened embassies in Guyana and in the 1990s the Government of Guyana established diplomatic relations with the United Arab Emirates, Turkmenistan, Azerbaijan, Lebanon, Bahrain, Oman, Qatar, Saudi Arabia, Yemen, and Kuwait.

And in 1998 Guyana became a member of the Organisation of Islamic Conference (OIC) which brought it permanently close to the Islamic world. In 1996, Dr. Jagan made an official visit to the Middle East which included visits to Syria, Lebanon, Qatar, Kuwait, and the United Arab Emirates. 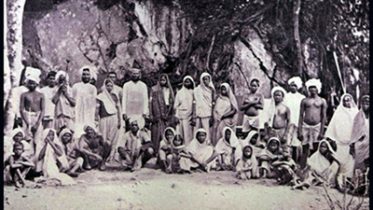 “O people! Beware of your Lord who created you from a single soul and created from it its mate and spread from those two many…