From the 1940s to 1950, the Sadr Anjuman was headed under the brilliant leadership of Mr. Rahman Baksh Gajraj, President and Mr. Gool Mohamed Khan, Vice President. It was a dramatic period in Muslim history when many Islamic nations waged nationalist’s struggles against imperialism. Global events had ramifications on the local Muslims population in British Guiana and more precisely the called for a Muslim homeland in the Subcontinent received a sympathetic ear in British Guiana among the Muslims. Voice of Islam, the official organ of the Anjuman wrote, “Pakistan is a creation of Man, but it came with approbation of god and no matter what evils acts may be committed again it Pakistan will live on, unconquered.” 14

Celebration was held all over British Guiana and at the Jamma Masjid in Queenstown, after the Jumma Namaz “the whole day was observed as a holiday. Greetings and congratulations were cabled to Mr. Jinnah, Governor-General.”15 At mosques the flag of Pakistan was hoisted. The editorial of Islam of March 1948 welcomed in euphoria the birth of Pakistan and called for a Pakistani representative in British Guyana.16

The pages of Voice of Islam and Nur-E-Islam the new name of the united organization give prominence to news from Pakistan. Its pages from 1948-1950 were filled with news concerning Pakistan and in particular Kashmir. In fact, a section of the journal was titled Pakistan Affairs. To get a deeper appreciation what was featured in the journal, take a look at the following headlines: “India’s Lust for Conquest of Kashmir May lead to World War,”17 and “In Kashmir India is Obstructing Holding of Plebiscite.”18 Prime Minister Liaqat Ali Khan’s speech, “the Truth about Kashmir,” was featured in the journal.19 Relationship was further consolidated in 1949 when Mr. R. B. Gajraj travelled to the UN and met Pakistan’s first Ambassador to the UN, Mr. M. A. H. Ishpahani, and he referred to him as “our Ambassador.”20 Ambassador Ishpahani also reciprocated with a visit to the Muslims of British Guiana. 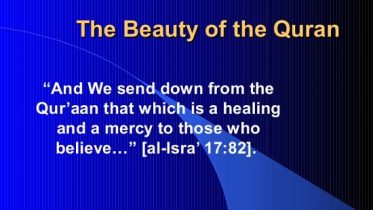 There is no doubting the beauty of the Qur’an, and close examination of the Messages contained in each verse one will begin to see and…