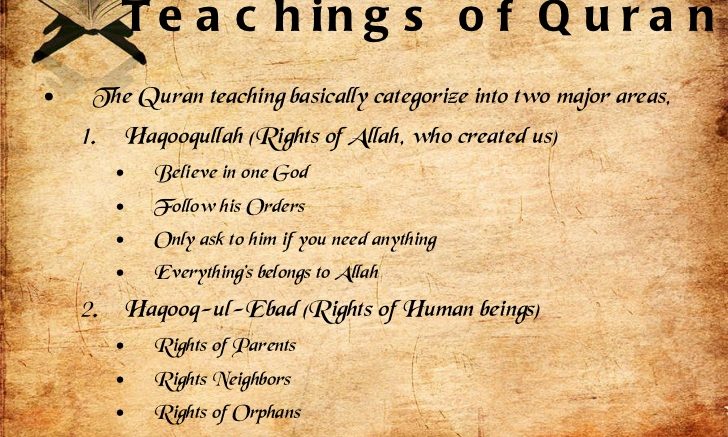 Al-Ḥakīm al-Timidhī reports on the authority of Abū Hurayra (R) and Abū Dardāʾ (R), “The houses of the believers are as lanterns in front of the Throne [of God].  It is recognized by the inhabitants of the seven Heavens.  They say: ‘This light emanates from the homes of the believers who recite the Qur’an.’”

11)  Recitation of the Qur’an Purifies the Heart

Al-Bayhaqī relates in Shuʿab al-īmān on the authority of Ibn ʿUmar (R) saying, “The Messenger of God (PBUH) said: ‘This heart rusts as iron rusts when exposed to water.”  It was asked: ‘O Messenger of God what is its purifier?’  He said: ‘An abundant remembrance of death and recitation of the Qur’an.’”

The recent Stabroek News editorial on Guyana’s foreign policies titled, “One Man Diplomacy,” which focus mainly on the Arab Spring was obviously bias.  Bias because…