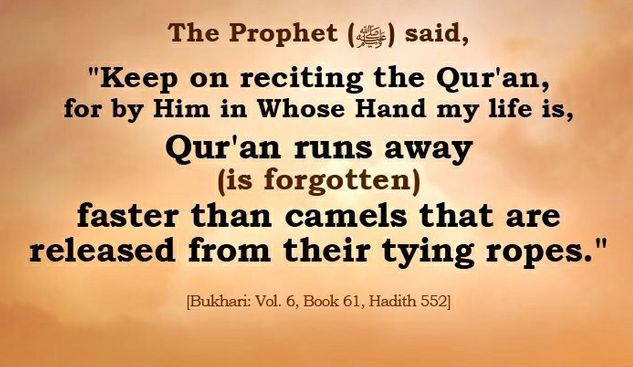 We continuously emphasize that human beings are truly blessed and are created special.  One reason that highlights this fact is that man has the ability of reciting the Glorious Words of Allah. This is a special blessing which no other creature has.  It is true that some Jinns have the capability of reciting, but the Qur’an was revealed to man, and not to them. Jinns, after hearing it being recited, were enticed by it. Allah tells us about their reaction to its recitation in the following verse:

‘Say: it has been revealed to me that a company of Jinns listened (to the Qur’an).  They said, ‘We have really heard a wonderful recital!  ‘It gives guidance to the right, and we have believed therein: we shall not join (in worship) any (gods) with Our Lord.’  (72 : 1-2)

Never feel that recitation of the Holy Qur’an is a burden.  It’s a great blessing.  We have the opportunity of repeating the words that Allah recites.  We should try our best to recite the Qur’an as much as possible, and to recite it sweetly as it is reported that Allah and His angels listen to its recitation.

Imagine this ‘piece of mud’ has the capability of repeating these Glorious Words.  This is why when Prophet Muhammad was delivering his last sermon he repeated 3 times that he was leaving behind ‘The Book’ and thereafter he mentioned his Sunnah.

Thank your Lord for this great blessing and make it a part of your daily routine to recite at least a few ayats.  Yes we’re busy with work, family, etc. but, after all that has been said and done, one should recite it as often as possible.  May Allah bless us and may He keep out hearts tied to His Glorious Book.

Be the first to comment on "Reading the Qur’an" 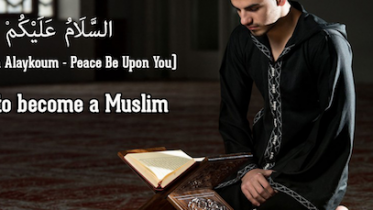 There are no rituals or baptism to become a Muslim. It is a simple declaration, preferably in the presence of two witnesses. This must not…