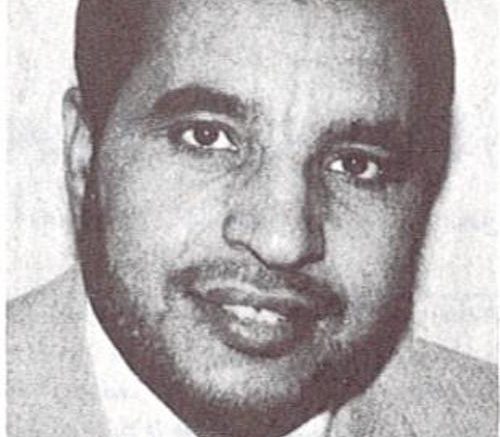 This is the text of the speech given by Ustaz Ahmad (RA) [pictured to left] at the opening of the Islamic Education Leadership Course held in Georgetown, Guyana on 15th December 1977.   Ustaz Ahmad began by saying: “The pursuit of knowledge is incumbent on every male (and female) Muslim”. This is a saying (Hadith) of the Prophet Muhammad ﷺ, the Messenger ﷺ of the One Who Knows Best.  This also means that knowledge is required to invite people towards the right path, the path of success and prosperity in both this life and the hereafter.

“The pursuit of knowledge is incumbent on every male (and female) Muslim”. This is a saying (Hadith) of the Prophet Muhammad ﷺ, the Messenger of the One Who Knows Best.  This also means that knowledge is required to invite people towards the right path, the path of success and prosperity in both this life and the hereafter.

Knowledge of Almighty Allah through His signs is the key to a firm belief in Him. He always urged men to use their minds to acquire knowledge for their own benefit. If one studies the verses of the Holy Qur’an, one encounters all the verses of Allah’s signs addressed to those people who are wise, who may consider, who know, who receives admonition, who reflect, who may understand, men of understanding who are imbued with understanding and so on to emphasize the function of the mind – the main peculiarity of mankind.

Islam encourages scientific researches and all kinds of study in order to attain the truth. One must understand that there is no contradiction between science (in its Divine forms) and the Divine Reality of Allah, Likewise, there should be no conflict between the religion (Al-Islam) and the Divine facts of science. All science should lead towards proof of the Oneness of The Creator -The Almighty Allah.  The Prophet in a saying of his compared the man of knowledge with the one of ignorance as he Muhammad ﷺ said; “The difference between the greatness of a man of knowledge and an ignorant devotee is like the difference of the light of the moon and the light of the stars.” Not only this, but he ﷺ also said; “Surely the men of knowledge are the heirs of the Prophets, for the Prophets did not leave ‘wealth’ as inheritance, rather Knowledge.” Also he ﷺ said, “If Allah desires good for someone, He endows him with a deeper understanding of the religion”. From this, it is understood that religion means all aspects of life.  He ﷺ also emphasized in another saying that the understanding of the Holy Qur’an as the guidance of life and the main source of all kinds of knowledge by his statement ﷺ; “The best among you are those who learn the Qur’an and teach it to others.”  If Muslims are ordained by Allah to seek knowledge – all knowledge – and if the Holy Qur’an is the main source of all knowledge, it follows that it is very important to learn the language of the Holy Qur’an – The Arabic Language.

The Arabic language is a sacred language. It is spoken daily in many parts of the world and used in many facets of human interactions including administration, commercial and scientific.  It stands seventh among international languages in terms of the vast numbers of those speaking it. The foremost are Chinese, English, Russian, German, Spanish and Japanese.  But the Arabic language is the largest of all in relation to vocabulary used and the accuracy/specificity of expression.

I am not speaking about the advantages of the Arabic language. In fact, I wish to point out some of its virtues and importance for all Muslims.

(a) It is the language of the Holy Qur’an.

(b) The Prophet Muhammad ﷺ said; “I love the Arabs because I am Arab, the Qur’an is in Arabic, and the language in heaven (Paradise) is in Arabic”.

(d) The Muslim must learn Arabic in order to perform his worship (prayer and supplications). Therefore many scholars, like Ibn Taymiyyah for instance, considered the learning of Arabic an obligation (Wajib) for every Muslim.

(e) Arabic is not a contemporary language.  It is one of the oldest languages and will last forever because it is the language of the Holy Qur’an which Allah has guaranteed forever as mentioned in The Glorious Book:

“Verily! We have without doubt, revealed the Reminder, and verily We are its Guardian”. (15:9)

(f) Two years ago it became one of the official languages of the United Nations, which confirms its importance and bright future.

I mention these few thoughts concerning the Holy Qur’an and the Arabic language on this occasion of the opening of the Islamic Education Leadership Course to emphasize the importance of this aspect of education for Muslims.

I ask my brothers who are attending this course to pay more attention and use greater effort to gain the knowledge and to take advantage of this opportunity so as to be able to help others.  By your knowledge you may surpass the others, as Allah says[s39 v 9]:

In conclusion, I urge the other Organizations and Masajid in Guyana to arrange such courses/programs in order to fulfil their duties and to obtain the pleasure of Allah.

Be the first to comment on "Qur’anic and Arabic Education" 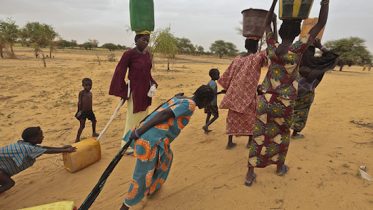