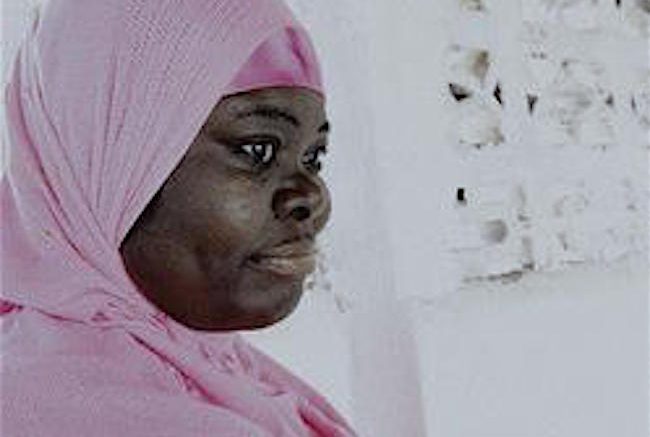 “People look at Muslims as terrorists because of the way the world blames terrorism on Islam.” These are the words of Marufat Tijani, principal of the Islamiyah Basic School at the Islamic Council of Jamaica, wife, mother and a devoted Muslim to Islam, a way of life.

In light of terrorist attacks in some parts of the world, many committed by Islamic extremists, people have adopted critical views towards Muslims.

“All the Muslims in the world are being judged because of terrorism,” Tijani said.

Some of the views criticise Muslim men for being oppressors, saying the religion allows them to put women down.

“You will not find anything unlawful or disrespectful towards women,” she said. “Just like Romans have their culture of mistreating women, Arab culture has the same thing.

“Arabs before Muhammad had their dirty ways of treating women as property and [women] belong to the men forever. Some persons still have that idea but that is culture. That is wrong in Islam.”

Tijani was born in Nigeria and moved with her husband to Jamaica in 1990. Raised in a Muslim household, she went to Christ Church Primary School before attending Ibadan City Academy. She attended the Islamic Institute of Nigeria, and studied Islamic and Arabic languages.

“Islam encourages women to be educated because they are the first teachers for their children,” Tijani said.

She moved to Jamaica with her husband, a sheikh, when he was sent by the Saudi Arabian government as a representative to Jamaica to teach Jamaican Muslims the correct way to live, according to Islam. Her husband studied Islamic Shariah, which is Islamic law that governs Muslims and teaching education.

For Tijani, growing up in Nigeria is not much different from Jamaica. She notes that family ties are stronger in her homeland. She lived in a household where her father had four wives, something that is culturally acceptable in Nigeria.

“That made the house full of fun for us,” she said.

As children, Tijani and her siblings would go home from school and help their mothers sell food in the community before returning home again to get started on homework. Eid, which has the same meaning for Muslims, as Christmas should for Christians, is a special time for Muslim families.

The religion allows men to have as many as four wives, as long as they are able to support their wives equally, in terms of emotional, physical and economic well-being.

“He must be able to maintain all of them. It’s coming from the almighty God. It’s not that he’s going to dump one wife for another. We thank God we love each other and it worked.”

Although it seems hard to divide time equally among four wives, her father made it work.

“When we get up in the morning, he wakes up everyone for early morning prayer.”

The children see him come home from work and greet him as he steps through the door.

When they go to bed, they don’t see which of his wives’ bedroom he goes into.

Tijani said a man may divide his time with his wives by days or even weeks. It is up to him and his wives to sort that out and the children don’t get involved or resent it.

“The mother is the most respected person in the family. She holds the highest position in the children’s lives,” Tijani said.

Islam encourages men and women to take their roles seriously. Both are considered equal in Allah’s (God) eyes. As a woman, Tijani is in charge of her husband’s property, including clothing, food, well-being and the home. And when children come into the picture, it is the woman’s responsibility to look after them while the husband provides for them.

“He knows mummy is there for me.”

Muslim women can have jobs and hire a helper to help with the household chores, as long as her duty to her family isn’t sacrificed.

Tijani had an air of patience about her as she explained the ins and outs of her religion; the religion that she has submitted herself to, in the name of Islam. Her bright pink hijab that she wears almost covers her entire body from head to toe but her soul seems bared as she shares a wealth of knowledge that guides her through her life.

Eventually, the Imam’s (religious leader) call to prayer was heard as the melodious sounds travelled, resting on our ears. The curtains gently swayed with the infrequent breeze. It was time to prepare for the third to last prayer of the day. Muslims pray up to six times a day, foreheads resting on the floor and facing Mecca (their holy land in the east), they talk to God with clean feet and arms; signs of respect.

Islam’s paradise isn’t far off from a Christian’s paradise. Tijani smiled as she spoke of all the wonderful things a good Muslim can expect in the afterlife; a paradise, which is a heightened version of the good things in this life.

“The fruits will taste sweeter,” she said, reflecting on the blessings of God.

It was somewhere around 3:30 p.m. and time for prayer. Men and women were filing into their respective places of worship and Tijani had to leave. One of the lessons that stood out is it is important not to generalise and group people together because of religion.

“The world does not know people can be born and have Muslim names but not have Islamic knowledge,” she said.

The cautious looks and stares turned into smiles as the men, women and children walked by, once more ignoring the world and its stares as they prepared to talk to Allah, their creator and their source of faith.

Be the first to comment on "Islam in Jamaica: One woman’s story" 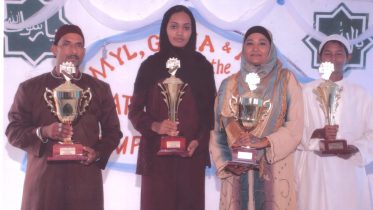