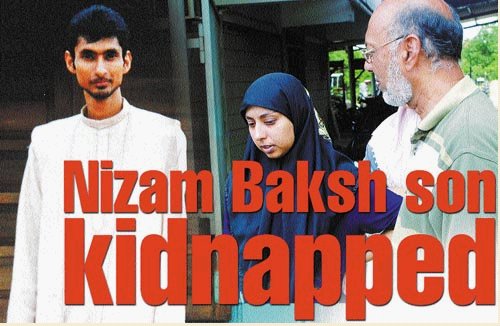 THOUSANDS of mourners, including politicians, lawyers, doctors and members of several Islamic organisations, turned out at the Barrackpore Islamic Community Centre to bid farewell to Ashmead Baksh, 30, son of UNC MP for Naparima Nizam Baksh, who was shot to death and partially burnt one day after being kidnapped. Police investigating the weekend murder of Baksh, a contract supervisor who worked in his father’s contracting business, told Newsday that fear of being held by persons searching for Baksh, including members of the Jamaat-al-Muslimeen, led to the kidnappers aborting their plans to hold Baksh for a $5 million ransom and, in the end, deciding to kill him.  It still remains a mystery today why Ashmead, 30, was so brutally killed. He was described as a kidnap victim, but police believe otherwise. It was a hit, according to one officer, who says the trail has since gone cold.

TWO days after Ashmead Baksh, son of UNC MP for Naparima, Nizam Baksh, was snatched outside his home at Barrackpore, his burnt body with two bullet wounds at the back of his head was found in a forested area a few miles from his home. His body was found at around 10 am yesterday by persons who were assisting the Baksh family search for the 30-year-old engineer. Police have held two men who up to last night were being questioned at the Barrackpore Police Station.

Ashmead Baksh’s widow Reshma, seated left, and mother Latiffa, being hugged at right, are among the Muslim women who mourned his death at his funeral in Barrackpore yesterday.

Describing the mafia-style killing as a well orchestrated hit, senior officers believe a ransom demand for $5 million which the family received was used as a diversionary tactic to throw investigators off the trail. “From information received, we believe they wanted to kill him,” a senior officer said. Baksh’s car was found burnt on Saturday at Monkey Town, Barrackpore. Police believe Baksh was killed somewhere else and his body dumped on the side of the road and burnt. As word spread about his death yesterday, several UNC members, friends and relatives rushed to the scene, four miles inside Platanite Road, to support distraught relatives. Police and relatives waited at the scene before the District Medical Officer arrived, viewed the body and ordered its removal to the Forensic Science Centre, where an autopsy is expected to be performed today.

Ashmead’s uncle, Shahid Baksh, who was in charge of the search parties, was the first to receive the tragic news and the first family member to arrive on the scene. Baksh said his nephew’s body also bore a chop wound to the forehead and his hands and feet were tied. The victim’s uncle was able to identify Ashmead by his physical build, height, sneakers, clothing and watch. The uncle said before the body was found he had visited that particular area five times since his nephew’s disappearance. He explained that the job site Ashmead went to check out when he was kidnapped was in the same area his body was found. “Since Thursday they calling him about that job… they wanted him to dig a pond. I believe it was a set up to kidnap him,” he said. On the brink of tears, Baksh added that his theory was that his nephew was kidnapped for money but was killed because he (Ashmead) recognised his abductors. “They (killers) were amateurs and they panicked,” he added. “He (Ashmead) was a very quiet and humble man. He could not hurt a fly,” Baksh said.

Less than two hours before learning of his son’s death yesterday, MP Baksh, in a telephone interview, said his son had no enemies and was well loved in the community. Asked if the family had been prepared to pay a ransom, he said they were in a difficult financial situation since they recently constructed several buildings and owed the bank money. When Newsday visited the house of mourning at Rochard Douglas Road, scores of people, including Opposition Leader Basdeo Panday, several UNC MP’s and prominent businessmen, were extending their condolences to the shocked family.  Relatives said Ashmead’s parents and wife were still trying to come to terms with his death and were too distraught to speak with the media. Visiting the scene was a party of officers from the San Fernando Homicide and Anti-Kidnapping Squad, headed by Snr Supt Dawson Victor. 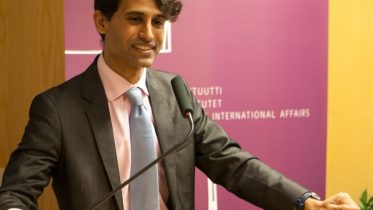 The following is the introduction to a privately-published book entitled, ‘A Short History and Genealogy of an Indian Indentured Labourer in Guyana:  Haji McDoom and…