Of Suriname’s 400,000 inhabitants, 25 percent are Muslims – the highest percentage in any country in the western hemisphere.

“In the last two decades, thanks to God, religious consciousness has been showing a pleasant growth, due to better understanding of Islam,” said Dr. Isaac Jamaludin, president of the Madjlies Moeslimien Suriname, an Islamic umbrella organization in Paramaribo. “There are new mosques and educational organizations scattered all over the country.”

But since mid-1986, Suriname has been embroiled in a fierce guerrilla war which could at any moment spill out of control. The war has already made travel to and from Suriname next to impossible, and is now threatening to strangle food supplies so effectively that Suriname – once counted among South America’s most prosperous nations – could soon become an economic basket case.

The current fighting is surprising in light of Suriname’s long history of tolerance for various religious and ethnic groups. In 1685, for example, Jewish refugees from Holland built South America’s first synagogue at a settlement called Jodensavanna, south of Paramaribo. In 1873, Urdu-speaking Muslims from Hindustan began arriving as indentured servants to work the sugar plantations. Then, in 1902, Indonesian Muslims from Java arrived to cultivate Suriname’s coastal rice fields, and four years later, the country’s first mosque was built at Wanica. At last count, said Jamaludin, a practicing physician in Paramaribo, there were more than 150 mosques throughout Suriname.

“We have complete religious freedom, but the level of education is not optimal, due to the fact that we don’t have enough qualified teachers,” he reported.

Unlike wealthier Muslims in Trinidad and Guyana, Surinamese Muslims belong mostly to the low- and middle-income groups and are predominantly agricultural workers. In addition, said Jamaludin, the community lacks suitable Islamic educational material in English or Dutch.

“The Muslims [here] depend on their own, while the Christians and Hindus have the full material and moral support of their organizations in Holland, the United States and India,” he said, noting that because of isolation and recent tensions, educated Muslims have already begun joining the too-familiar “brain drain” to the United States and Western Europe. Since Suriname’s independence in 1975, more than 10,000 Muslims have emigrated to The Netherlands.

The indenture system, which over the years brought hundreds of thousands of East Indian Muslims to Guyana, Trinidad and Suriname, is also responsible for Islam’s existence today on Guadeloupe, Jamaica, St. Lucia, St. Vincent, Grenada and other nearby islands.

Mohammed Saied, one of 1,200 Barbadian Muslims, describes how Islam took root less than 50 years ago in Barbados, a pear-shaped island in the eastern Caribbean. “Originally, East Indian businessmen came here on their way to Latin America; they stopped off in Barbados,” he explained. “Some of them found Barbados to be a nice place. When they had completed their missions in Latin America, they came back to Barbados to live.”

In Puerto Rico, there are nearly 2,500 Muslims, most of them Palestinians who arrived between 1958 and 1962, according to local businessman Ibrahim Mustafa. The vast majority of Puerto Rico’s Muslims live in Rio Piedras – a crowded, older suburb of San Juan – where they operate restaurants, jewelry stores and clothing outlets. A storefront mosque on Calle Padre Colon serves the entire community.

As is the case in Cuba and the Dominican Republic, the Muslim and non-Muslim Arabs of Puerto Rico are not a prominent group. Neither are about 50,000 Muslims who live in Venezuela, nearly all of them recently arrived Arab immigrants attracted by the country’s oil industry, with few local religious or community ties. One of the region’s strongest religious trends today is the movement toward Islam among blacks. In its initial stages it was associated mainly with black-power groups and their political motives, but this is no longer the case: today the search for their origins is a strong motivating factor for many Caribbean blacks.

It is only in the last 20 years or so, but mainly in the last decade, that Muslims have begun emerging from many of the limitations and constrictions of the past century. Indeed, there has been an increasing awareness of Islam – perhaps amounting to an awakening – in the Caribbean generally,” wrote Abdul Wahid Hamid, past director of the Islamic Trust of Trinidad and Tobago, in a paper prepared for the 1978 meeting of the Islamic Council of Europe in London. “In Trinidad, Guyana, Suriname, Barbados and Jamaica, Islam is slowly and sometimes painfully divesting itself of its ‘Indian’ image [among those] mainly of African descent,” Hamid wrote. “In many respects, the developments connected with this new awakening are soul-stirring and exciting, and could, with proper assistance and guidance, change the religious landscape of the Caribbean in a positive and meaningful way.”

Politically, the Caribbean is already changing. The United States, through President Ronald Reagan’s 1982 Caribbean Basin Initiative, is attempting to strengthen the economies of 22 area nations through special trade incentives and quota loopholes. In Guyana, despite the pronouncements of Prime Minister Hamilton Green that socialism and Islam can coexist, many Muslims long for a return to free enterprise and capitalism.

In Trinidad, Muslim life appears stronger than ever. Recently, the Trinidadian Muslim community celebrated the opening of its spacious $l-million Islamic Centre in Kelly Village, containing classrooms, a library, a bookshop and meeting rooms for important religious functions. On the social front, Islamic leaders have begun to join their Christian and Hindu brethren in calling attention to Trinidad’s growing alcoholism and drug-abuse problems, and scorning what they see as an erosion of traditional values brought on by the annual pre-Lenten carnival.

“God is the fountainhead of ideas, and as such, moral values are absolute, they are not relative. We are saddened at the immorality and indecency of the major national festival in this country,” said Maulana Siddique Ahamad Nasir, featured speaker at the national ‘Id al-Fitr celebration in Port-of-Spain. “We need to understand that ours is a multiracial society, and thai no attempt to build a system in defiance of God will succeed.”

That speech was well-received, and after the historic event, as thousands of Muslims poured out of the stadium to buy traditional holiday pastries and wish each other ‘Id Mubarak” – a blessed holiday -at least one Muslim family was determined to get the message across. The bumper sticker on the family car carried one quiet suggestion: “Read Koran.”

This article appeared on pages 2-11 of the November/December 1987 print edition of Saudi Aramco World.

Be the first to comment on "Muslims in the Caribbean" 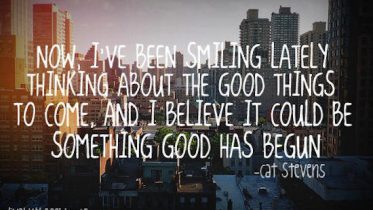 As we settle down into the grip of another New Year, the past slips further away into obscurity and I am soberly having to grapple…