The paper reviews the arrival of Islam in Suriname in 1873 and subsequent Muslim participation in this plural society of many races and religions, Africans, Amerindians, Chinese Dutch, Indians, Indonesians, Hindus, Christians, and Jews. Muslims, who originated mainly from Hindustan (India) and from the Island of Java, Indonesia, have assimilated with ease in Suriname. This paper summarizes the social and political history of Surinamese Muslims in negotiating with the secular state to meet the needs of their community in their new homeland. The paper examines the intricate relationship of the Muslim community with the state and with other ethnic and religious groups, and highlights the triumphs and challenges they face in a plural society. An attempt is made to analyze Hindu/Muslim relations outside of the motherland, Hindustan (India), which has been characterized by mutual respect, and cooperation, but was sometimes antagonistic, mainly due to external factors such as the arrival of the Arya Samajis from North India who brought discriminatory practices. After a turbulent period, the relationship between the two communities today is cordial as the local Muslims and the state were keen to prevent communalism engulfing Suriname. Further, this paper exposes the schism that exists among the Islamic organizations in Suriname, and finally concludes that Islam has now become part of the social and political fabric of the country.

Be the first to comment on "Muslims in Suriname: Facing Triumphs and Challenges in a Plural Society" 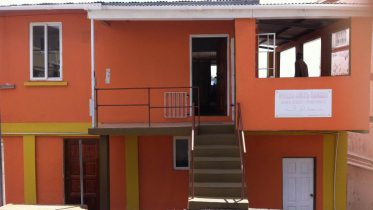