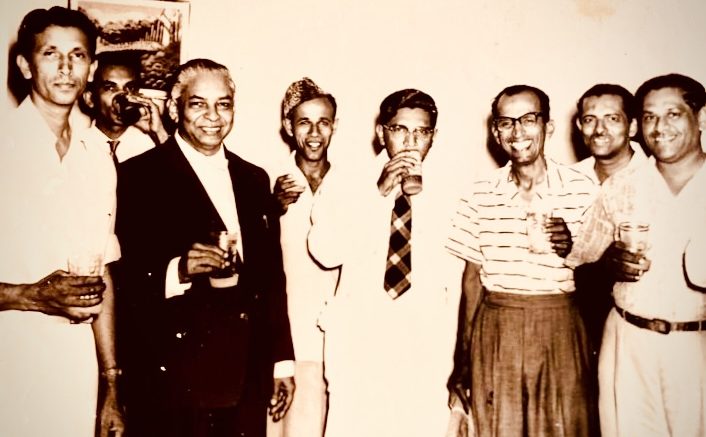 In the spirit of Ramdhan 2021, I reflect again on the Muslims of Guyana and this time; I share with readers a paper written by Mr Dowlat Ram Budhram and titled, “Muslim Participation in the Manufacturing Sector of Guyana.” This paper was published in 2007 in the Journal of Muslim Minority Affairs.

Muslims in Guyana have a robust participation in the political life of the country at the local, county and international level. Besides politics, Muslims have contributed tremendously to the socio-economic sector of Guyana. For a small minority, they account for a large percentage of manufacturing, trade and commerce in the country. This tradition of business ethics and entrepreneurship dates back to the Islamic culture they inherited from their ancestors. Islam places heavy emphasis on trade and commerce. And in this first study of its kind, Dowlat Ram Budhram’s paper explored the subject with “limited data.”

My commentary on the subject draws from his paper. He covered the period 1890 to 1980. The period 1990 to 2020 isn’t covered in the paper, and which I hope future research will explore.

Muslim economic and political participation in Guyana dates back to the earliest times when they reached the shores of Guyana. The first wave was enslaved Africans who came not by choice but in chains. Later, the coming of South Asian Muslims from the Indian subcontinent beginning in 1838 to 1917, saw the rival of Islam in Guyana under sinister schemes of Five-year bounded labour contracts. Muslims no doubt have played a major role in the development of Guyana.

From data available from 1891 to 1980 that Dowlat cited, the Muslim population increased from 4.2 percent to 10.04. Among the East Indians Muslim are 18.91%. In the general population of Guyana today, Muslims are about 12%. While in business and commerce, they are involved in agriculture, mining and manufacturing, import and export, service industry, tourism and hospitality, oil and gas and information technology.

In the early agricultural economy of British Guiana “Muslims participated in Guyana’s small manufacturing sector.” During this period, the manufacturing sector was small, with mostly sugar and bauxite production. The economy was dominated by sugar, rice and bauxite. When the sugar industry was facing a crisis in the 1880s, according to Dowlat, it led to “rapid expansion of gold mining and timber-cutting activities. It was during this “phase of expansion of non – plantation activities that initial efforts were made by Muslims towards independent economic occupations.”

The late 1880s to 1910 saw the emergence of Muslims in “rice milling, lumber production and jewellery.” While data of this period is vague, the author says, “It is believed that the first large Muslim manufacturer at the time engaged in rice milling activities on the West Demerara.” As well, the origin of the Goldsmith trade is credited to the East Indians during this period, and among them, the Muslim dominated this trade. For example, the Grandfather of the Sankar Brothers, Amin, Ahmad and Feroz Dookie of # 78 Village, Corentyne, was a Goldsmith in the late 1800s. Goldsmith Deen, a later generation, is related to this family.

It was also this early period that most of the Afghan community of Georgetown were self-employed. Some started in the butcher industry and expanded into other areas.

As a result of the global economic depression of the 1930s after World War I, and due to the “prosperity of the sugar industry” Muslims who had savings began to enter the service sector.” They expanded in commerce and trade as “small independent shopkeepers and wholesalers.” They also “entered into commerce and small scale manufacturing.” However, during this period, “sawmilling and rice remained the predominant manufacturing activities.” 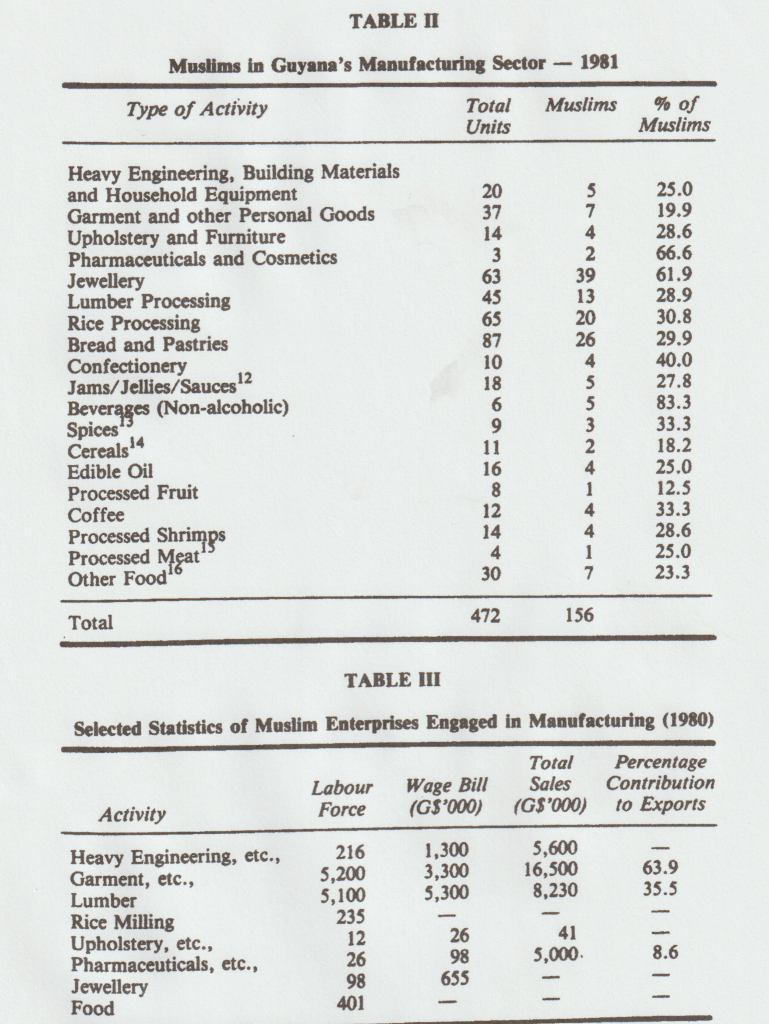 The period from 1970 to 1985 saw a decline in Muslim participation in the economic sector due to the state control of the economy under socialism. “Guyana plunged into serious economic depression and it was a low period of investments by Muslim manufacturers except in lumber.” The economy basically collapsed. It was during this period that many goods were banned from entering the country. There was a shortage of foreign currency, and the country went dark. Gasoline, kerosene and jet fuel were in acute shortage.

The period 1985 to 2020 can be considered a resurgence of the private sector in Guyana, and many Muslim businesses strived. This “golden era” of Muslim entrepreneurship, commerce, trade and manufacturing continue due to confidence in the private sector and political stability. More Muslims opened new businesses in all sectors, including information technology, pharmaceutical, tourism and hospitality, food processing, manufacturing, oil and gas, healthcare and education services. As a result, today Muslim’s own business plays a significant role in providing employment for Guyanese.

Future plans include Muslims entering more large scale manufacturing, oil and gas, banking, education and health sectors in bold investments. This is more evident with the rise of Guyana’s oil and gas sectors. The economy is projected to continue its upward double-digit growth, which is good news for the private sector expansion. 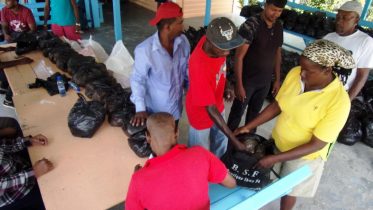 Two organisations have come together to assist former workers of the Rose Hall Sugar Estate in East Canje and the Skeldon Sugar Factory, after Government…