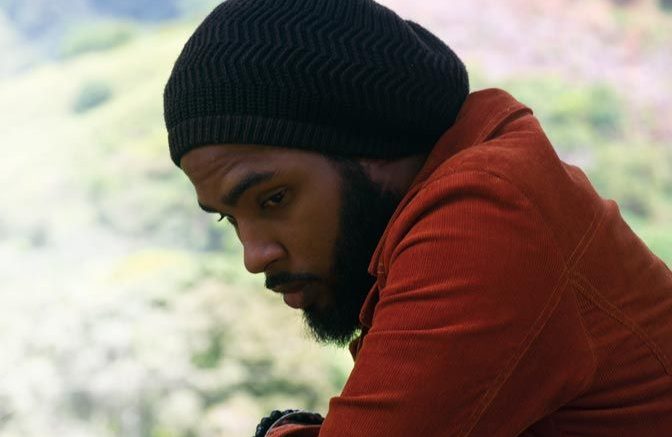 Listening to Muhammad Muwakil can be painful. And it’s not because of his singing. Even when he does spoken-word poetry you want to cover your ears and run away. Those who hear his musings on “4 am in Belmont” reel at images of over-educated cocaine dealers under streetlamps, and the sound of gunshots that “usher souls away from the realm of men.” Unrelenting, Muwakil unleashes lines like: “buy a dream from a crackhead and stitch it to the fabric of your being to begin to understand the meaning of mayhem.”

The Trinidadian singer-poet’s voice is a raw, open wound — a melodic wail for the future, inflected with equal parts hope and sorrow too deep for one so young. In his distinctive timbre, you can hear Muwakil’s myriad musical influences, beguiling echoes of some of the finest musicians his country has produced: Andre Tanker, “Nappy” Mayers, Gary Hector of the band jointpop. Bob Marley is in there too. Muwakil counts the Guyanese poet Martin Carter and Barbadian Kamau Braithwaite among his most profound literary influences. “They told me it was okay to sound like me,” he says, “and there was power there to be harnessed.”

And he brings a PhD-worth of philosophy to his lyrics, in songs like “Love in Transition”:

They say we can’t write no love songs
They say we doomed to fail
They say we prone to violence
And a sinking silence
Doh know what they saying
Cuz this generation, man, we on a mission
A whole world to change . . .

Muhammad Abdul Quddus Muwakil is the quintessential Trini: a mélange of cultures, histories, and genes. Although he often wears the colours and emblems of Rastafari, he is a practising Muslim, fluent in Arabic. His father named him after the Prophet, and Abdul Quddus translates as “slave of the Most High.”

“Islam has influenced the core of my being, the way I live,” Muwakil says. “It has taught me to be respectful to others, to be truthful, and to give to the less fortunate.” This doesn’t prevent him from having questions, though. He challenges the Muslim belief that music is haram (forbidden). After all, he plays the guitar, flute, harmonica, and African djembe drums, and music reaches the audience that he most wants to reach: the youth.

He’s often invited to run workshops and give talks in secondary schools. He even gave an inspiring and earnest talk to University of the West Indies students about why he switched from chemical engineering to theatre and literature.

An historian for his twenty-first-century generation — he turns twenty-nine this year — Muwakil organised and performed at a fundraiser for the Memory Project, which will document the contribution of Black Muslims in Trinidad and Tobago, including their role in the 1990 coup attempt. As a UWI undergraduate, not content with battling the university authorities to recognise his performances in four major theatre productions as credits towards his degree (he won a national acting award for his role in Bitter Cassava in 2008), Muwakil started UWI Speak, an open-mic series that brought the spark of live student performances back to the campus.

Be the first to comment on "MUHAMMAD MUWAKIL: A WORLD TO CHANGE" 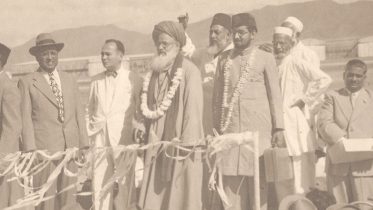 The text of the reply by His Late Eminence Maulana Abdul Aleem Siddiqui, R.A.. to an address of welcome extended to him during his visit to Trinidad and Tobago…