“However, at the present time some people are acting contrary to this. When this blessed month comes they busy themselves with amusement and sport, using musical instruments. However, regretful it is that they make music and merriment and then entertain the assertion that they are showing respect for this blessed month!Leave aside the fact that they begin such Meelad celebrations with the recitation of the Holy Quran. They then, for the sensual delight of the Nafs, take resort to those who are expert at the art of creating restlessness and excitement in the emotions – which in itself contains many causes of corruption and destruction.

“Yet they do not content themselves with that alone – but some of them add an even more dangerous thing in that the singer is young, handsome, mellow-voiced, well-attired and of a very pleasing appearance. He sings Ghazals, at the same time with crescendo and diminuendo in voice and ascent and descent in movements. Thus, he puts the audience, men and women into temptation. The result is that the two sides become prey to temptation and other many evils take the root. In some extreme cases, the husband-wife relationship is destroyed and it even reaches the extent of separation between them at times. Thus, the period of destruction and ruin begins, in which a settled and complete home is destroyed and peace of mind and heart ruined. These evils are the result of that kind of Meelad celebration in which there is also a session of Sama”.

“Yes, if the Milad Shareef is free from those evils (and that kind of Sama) – only food is prepared and in that ones Niyyah (intention) is of celebrating the Meelad and Muslim brethren are invited and in which those matters contrary to the Shari’ah and those blameworthy matters described above are abstained from – then it is an innovation merely on account of one’s Niyyah (intention) because this is an accretion in the religion. Also the pious predecessors have not done it, and it is evident that it is better than more appropriate to follow the predecessors from none of whom has this been transmitted, nor has it been said of any of them that they made the Niyyah (intention) of celebrating the Meelad. We are their followers and are obligated to observe the same precepts as they were. (Thus, we should do only that which they did)”.

The gist of the above quoted writing of Ibn al-Haj (radi Allahu anhu) is that he has not criticised the Meelad Shareef. On the contrary, he has criticised those things which are Haraam and Makruh in the Shari’ah. From the opening section it is clear that this holy month should be accorded a special status and it should be honoured and respected. The maximum possible acts of virtue should be done therein. One should try to surpass one’s limits in doing acts of Ibadah, of charity and other virtuous acts. This is the method of celebrating the Meelad Shareef which he has deemed praiseworthy and commendable, because in that there is nothing but the recitation of the Holy Quran and an invitation to partake of food and drink – and these are the acts of goodness, meriting reward.

As far as his statement goes that this is an innovation – either it is in clear contradiction to what he said earlier (when Ibn al-Haj himself stressed honouring the month of Rabi-ul-Awwal), or it means that it is a good innovation (Bid’ah Hasanah) the elucidation of which was given earlier, or it means that the Meelad Shareef is a virtuous and praiseworthy act, and the innovation is the Niyyah (intention) of the Meelad, as he has suggested in his statement of his, then it will be an innovation merely on his account of his Niyyah (intention).

AN ACADEMIC EXAMINATION OF THIS

There remains the statement of Ibn al-Haj (radi Allahu anhu) that it has not been transmitted that any of the predecessors made the Niyyah (intention) of celebrating the Meelad. From this it is clear that he considered the Niyyah of celebrating the Meelad to be Makruh and that he did not deem the preparation of food and inviting Muslim brethren to partake thereof as Makruh (i.e. he also views the preparation of food and inviting Muslim brethren as not being Makruh). If this is examined closely, then it seems that this statement of his is not consistent with his earlier statements.This is due to the fact that he first taught the showing of gratitude to Allah Ta’ala in Rabi-ul-Awwal Shareef, and the engaging in the maximum acts of Ibadah and of charity and other virtuous acts therein since he caused His Beloved (Servant), (sallal laahu alaihi wasallam) to be born in this holy month.

The Niyyah (intention) of celebrating the Meelad Shareef means only this. Then how can something be criticised after doing it has been stressed? Abstract virtue, acts of Ibadah, of charity, etc. and other acts of goodness cannot be conceived of without a Niyyah (intention). And even it could be considered, then it couldn’t be deemed Ibadah, nor can it earn any reward. This is because no action without an intention is (worthy of acceptance). And the Niyyah (intention) to celebrate the Meelad Shareef means only to demonstrate gratitude to Allah Ta’ala on the auspicious birth of the Noble Prophet (sallal laahu alaihi wasallam) in Rabi-ul-Awwal.The intention of celebrating the Meelad Shareef means only this, and there is no doubt that this intention is commendable (i.e. it is a virtuous intention). Ponder on this well (and impress it on the mind well).

EXTRA-ORDINARY FORM OF THE MEELAD

After this Ibn al-Haj wrote: “There are some people who do not celebrate the Meelad solely for the purpose of demonstrating honour and respect. On the contrary, someone has some money in the possession of various people which he had given them on different occasions and ceremonies and now he wants to re-possess this money and is shy to ask for it. Therefore, he makes arrangement for the Meelad which becomes the cause for the recovery of his wealth which was in the hands of people.

“In this many types of corruption are found. One is that hypocrisy is found there – in his heart the opposite of what he outwardly shows is present. Outwardly he shows that he is celebrating the Meelad because he wants to gain benefits in the Hereafter, however in his heart that he should recover his money dispersed in the hands of people.

“Some are such that they celebrate the Meelad in order to collect money or so that people may praise them (saying for example, ‘Well done, brother!’ or ‘What good work you have done!’) and join them to work (so that it may be evident from this how many people are with them). In these forms as well as the acts of corruption and destruction are not hidden”.

The criticism by Ibn al-Haj (radi Allahu anhu) is also of that kind which has already been examined above. The blameworthy or evil aspect in it is based on the absence of pure Niyyah (intention), and not that in the Meelad Shareef itself there is to be found any evil or blameworthy aspect. 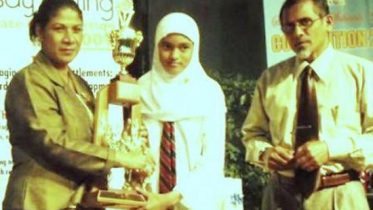