WHY IS RESPECT FOR RABI-UL-AWWAL ESSENTIAL? (AND IN THIS CONNECTION THE REMOVAL OF A MISGIVING)

“For this reason, just as the Noble Prophet honoured those times endowed with distinction, we carry out this very duty in accordance with our capacity, in the month of Rabi-ul-Awwal Shareef. If it be said that what the Noble Prophet (sallal laahu alaihi wasallam) took upon himself in times of special distinction is known, but what he undertook in other months he did not do so in this month (i.e. Rabi-ul-Awwal Shareef) – then the answer is that it is well-known that the Noble Prophet (sallal laahu alaihi wasallam) had this noble trait of wanting ease and relief for his Ummah, especially in those things concerning himself. Do you not see that the Noble Prophet, the leader of the world, (sallal laahu alaihi wasallam) declared Madinah Munawwarah as sacred territory (Haram) just as Hazrat Ibrahim (alaihis-salaam) has declared Makkah Mukarramah to be, yet he did not fix any punishment for hunting, cutting down any tree, etc. in Madinah? – do you not see that he did this out of desiring ease and relief for his Ummah and out of mercy on them?

“As it were, the Noble Prophet (sallal laahu alaihi wasallam)used to consider what things concerned his own self, and even though those things in themselves are of great merit, yet through desiring ease and relief for his Ummah, he used to abstain from them. The honouring of Rabi-ul-Awwal Shareef is of this category, that in it the maximum possible acts of virtue and charity should be done and he who cannot do so (i.e. for any reason is unable to perform these acts), at least he should abstain from all Haraam and Makruh things in this holy month, out of respect for it. Even though the abstention from all Haraam and Makruh things is required in other months as well, yet this month deserves the greatest respect. He should do so just as in Ramadan al-Mubarak and other sacred months, he remains careful to the utmost, abstains from misdeeds in religion and keeps away from other unsuitable things”. 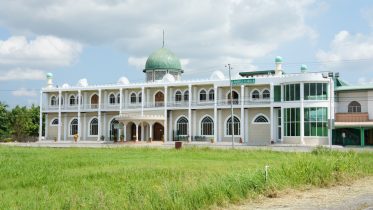 The following roster of the men who served honourably in the role as President of the Anjuman Sunnatul Jamaat Association (ASJA) of Trinidad and Tobago. …