SOMETHING ABOUT THE MEELAD

“From among those innovations which those people have brought about, thinking that thereby they are engaging in a great act of Ibadah and participating in religious ceremonies (to celebrate the remembrance of some great event) is this that in the month of Rabi-ul-Awwal they celebrate the Meelad, which celebration is constituted of many innovations and unlawful things. Among these are the participants sing songs and Ghazals while at the same time using musical instruments – drums, flutes, fiddles, etc. – and in this connection do many other evil actions which are customarily done mainly at those times which Allah Ta’ala has endowed with excellence and greatness (e.g. Eid and other occasions) and which are innovations wholly and totally, and are prohibited. There is no doubt that this kind of Sama, if it takes place on other nights apart from this, even then it would not be permissible. What then is the justification for holding such a Sama in this holy month, which Allah Almighty the Most Excellent has endowed with excellence and blessings in that His Beloved was born therein – such a Sama in which musical instruments are used? What relation can such a Sama have to this holy and blessed month, in which Allah (Exalted is His Majesty) granted us the great Ihsan of the auspicious birth of the Noble Prophet, the leader of those who are first and those who are last, (sallal laahu alaihi wasallam)?

“Therefore, it is Wajib that special gratitude to Allah Ta’ala should be expressed in this month and as much Ibadah and charity should be done as is possible, since He has bestowed on us this very great favour (that He caused the birth therein) of His beloved (servant) (sallal laahu alaihi wasallam). Even though the Noble Prophet (sallal laahu alaihi wasallam) did not engage in more Ibadah in this month as compared with other months (nor did he command us to do so), yet in reality, this was due to his mercy and kindness to his Ummah, and also to create ease and mildness for them. This is why at times the Noble Prophet would leave off doing an action, lest it should become compulsory on his Ummah.This is the result of his mercy on us”.

“Since the excellence of this day (i.e. Monday) implies the excellence of this month (i.e. Rabi-ul-Awwal) in which the Noble Prophet graced this world, then it is our duty to give this month its due respect and sanctity, and we should understand it to be very excellent just as Allah Ta’ala has deemed other blessed months to be very excellent. In this connection the Noble Prophet is reported to have said: ‘I am the leader of the children of Adam and there is no pride (in this)’. ‘Adam and all other (Prophets alaihimus-salaam) will be under my flag (on the Day of Judgement)’.

“The merits and excellence of times and places are a result of those forms of Ibadah which are carried out therein, and by which Allah Ta’ala has specially favoured them. When it is known that times and places do not in themselves contain any honour and greatness accrues on account of those characteristics and distinctions (with which they have been granted exaltation), then reflect on this greatest favour of Allah Ta’ala, with which He has distinguished and ear-marked this blessed month, Rabi-ul-Awwal Shareef and the day, Monday. Do you not see that fasting on Mondays has great merit because the Noble Prophet (sallal laahu alaihi wasallam) was born on a Monday?

“For this reason it is of the utmost appropriateness (and it behoves us to do so) that when this holy month comes, it should be treated with the exaltation, honour, esteem and respect it deserves. The example of the Noble Prophet (sallal laahu alaihi wasallam) should be followed in that in times endowed with special distinction, he himself used to perform the maximum possible acts of virtue and of charity, and he used to make special arrangements thereof. Have you not seen the following statement of Hazrat Ibn Abbas? ‘The Messenger of Allah was the most generous of men and his generosity was the utmost in Ramadan'”. 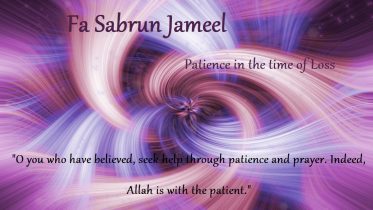