His statement that the Meelad Shareef can also not be Mubah because the Ijma’ of the followers of Islam is that anything that is a Bid’ah (innovation) in religion cannot be Mubah, is one that is not accepted. This is because Bid’ah (innovations) are not classified only as Haraam or Makruh, but they can also be Mubah as well as Mandub or Wajib.

Imam al-Nawawi (radi Allahu anhu) says in “Tahdhib al-Asma wal Lugat”: “Bid’ah in the Shari’ah is the invention of that which was not there in the period of the Messenger of Allah, and it is divided into two categories, Hasanah (or good) and Qabihah (or evil).”

After this he went on to give examples of the five kinds of Bid’ah and wrote: “As for Bid’ah that is Mandub, its examples are the setting up of inns and educational institutions and very good action which was not there in the first age. Among the latter are Tarawih, discussion on the intricacies of Tasawwuf and debates. And among these is the convening of assemblies for deduction of laws in connection with problems providing that the motive thereof is to seek the pleasure of Allah Ta’ala”.

Al-Baihaqi (radi Allahu anhu) in “Manaqib al-Shafi’i” has transmitted with his isnad (chain of narrators) from Imam al-Shafi’i (radi Allahu anhu) himself, that he said: “The new things that are brought about are of two kinds. One kind is that which is brought about, inconsistent with something in the Quran or the Sunnah or with some Athar or some Ijma’. This is the category of Bid’ah Dalalah (heretic innovation). The second kind is that which is brought about from good things which are not inconsistent with any of the above”.

Umar (radi Allahu anhu) did say about standing in prayer in the month of Ramadaan, “What a good Bid’ah this is!” meaning that this is a new thing which was not there before and being a new thing it does not contradict anything that went before.

THE BID’AH THAT IS MANDUB

This refutes al-Fakihani’s statement that the Milad Shareef cannot also be Mubah. But on the contrary it is a Bid’ah that is Makruh.This is because the Meelad Shareef is of that category of new matters which involve no inconsistency with anything in the Quran or the Sunnah, or with any Athar or Ijma’. Thus, this is not blameworthy (i.e. from the point of view of the Shari’ah, there is no evil in it), as in the statement of Imam al-Shafi’i (radi Allahu anhu) and it is a good action which, even though (in its present form) was not done in the first age, was brought about afterwards.

In connection with the second manner al-Fakihani has described and criticised, his criticism is in itself correct. There is no doubt that the assembly (mahfil) is Haraam where men, women, youths and little boys are freely mixed, and which there is dancing and music, with musical instruments in busy use, or where women assemble separately and sing in raised voices. But this does not mean that to arrange for the Meelad Shareef has been deemed Haraam. On the contrary, in the above instances the reason for their being Haraam is not assembling to celebrate the Meelad Shareef but is due to those things which are Haraam in the Shari’ah and have become mixed with the blessed assembly. (And if these things are not indulged in, then the Meelad Shareef would be as assembly for remembering Muhammad Mustafa – sallal laahu alaihi wasallam – and would thus be full of goodness and blessings).

Similarly, we say in connection with the celebration of the Meelad Shareef that the assembly is itself Mandub (commendable) and an act of virtue, but the above mentioned kinds of other actions, which have become mixed with it, are blameworthy and unlawful.

REFUTATION OF THE FINAL OBJECTION

Ibn Rajab (radi Allahu anhu) in his “Kitab al-Lata’if” wrote criticising the Rawafid (A Shia sect) that because of the martyrdom of Imam Husain (radi Allahu anhu) they have made Ashura (the 10th of Muharram) a day of mourning, whereas Allah and His Messenger (sallal laahu alaihi wasallam), have prohibited taking the days of affliction on the Prophets and the days of their deaths (alaihimus-salaam) as days of mourning. What then is the justification for taking days of mourning for those who are not prophets?

Imam Abu Abdullah Ibn al-Haj (radi Allahu anhu) has discussed the subject of the Milad Shareef with great maturity and insight in his book “al-Madkhal”. To sum up his discussion, he has praised celebrating the Milad Shareef with joy and happiness and exhibiting gratitude to Allah, therefor. And he has criticised those Haraam and prohibited things which have been included in it. Here, I quote his discussion section–wise.

Guyana, Our Region, The Prophet (ﷺ) 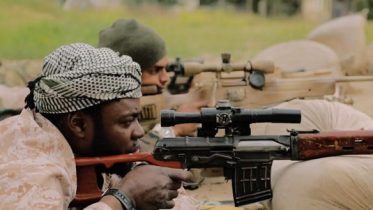 Why has the Caribbean island of Trinidad and Tobago become one of the largest recruitment hubs for ISIL in the West? The Caribbean state of…