PRAISE BE TO ALLAH AND PEACE ON HIS CHOSEN SERVANTS

The question under consideration is what is the verdict of the Shari’ah on celebrating the Holy Birthday of the Noble Prophet (sallal laahu alaihi wasallam) in the month of Rabi-ul-Awwal. From the point of view of the Shari’ah, is this a praiseworthy action or a blameworthy one? And do those who arrange such a celebration receive blessings or not?

THE OCCASION OF HAPPINESS

HISTORY OF THE MEELAD SHAREEF

The beginning of the celebration of the Meelad Shareef in its present form lies with the ruler of Irbil, Sultan Muzaffar whose full name is Abu Said Kukabri Ibn Zain al-Din Ali Ibn Baktagin, who is counted among the great Sultans and generous leaders. He was responsible for many other noble works as well. Among the many monuments set up by him was the Jami Muzaffari, which he had constructed near Mount Tasiyun.

Ibn Kathir (radi Allahu anhu) writes about Sultan Muzaffar as follows: “Sultan Muzaffar used to arrange the celebration of the Meelad Shareef with due honour, glory, dignity and grandeur. In this connection, he used to organise a magnificent festival. He was a pure-hearted, brave and wise Alim and a just ruler. May Allah shower His Mercy on him and grant him an exalted status. Sheikh Abu al-Khattab Ibn Dhiyah also wrote a book for him on the Meelad Shareef entitled ‘al-Tanwir fi Mawlid al-Bashir al-Nadhir’ (Enlightenment on the Birthday of the Bearer of Good News, the Warner). For this book Sultan Muzaffar awarded him a gift of one thousand dinars. Sultan Muzaffar remained the ruler until his death, which occurred in 630 A.H. in the city of ‘Akka when he had the Europeans under seige. In short he was a man of piety and noble disposition”.

Sibt Ibn al-Jauzi (radi Allahu anhu) wrote in “Mir’at al-Zaman” that one participant in the Meelad Shareef organised by Sultan Muzaffar states that on the royal table-spread were laid out five hundred prepared goats, ten thousand chickens, one hundred thousand earthen tumblers and thirty thousand baskets of sweet fruits. He further writes that eminent pious Ulama and illustrious Sufis used to attend the Meelad Shareef ceremony held by the Sultan, who used to honour them with robes of distinction and royal favour. For the Sufis there used to be a Mahfil-e-Sama from Zuhr until Fajr, in which the Sultan himself used to participate and derive ecstasy there-from together with the Sufis. Every year his expenditure on the Meelad Shareef amounted to three hundred thousand dinars. For those coming from outside (the city) he had a special guest house commissioned, where people from all walks of life used to come from different places and without any discrimination of status. The expenditure of that guest house used to be one hundred thousand dinars annually.

Similarly, he used to spend two hundred thousand dinars annually to ransom Muslim prisoners-of-war from the Europeans. Also for the maintenance of the two Harams and for providing water along the routes in Hijaz (for pilgrims), he used to spend three thousand dinars annually. These are in addition to the Sadaqat and charity that used to be given secretly. His wife, Rabi’ah Khatoon Bint Ayyub, the sister of Sultan Nasir Salahuddin narrates that her husband used to wear a garment (Qamis) of coarse cotton costing no more than five dirhams. She says that she once rebuked him for this, upon which he replied that his wearing a five-dirham garment and spending the rest of the money in charity is far better than wearing a costly garment and giving a poor or indigent person mere good wishes. 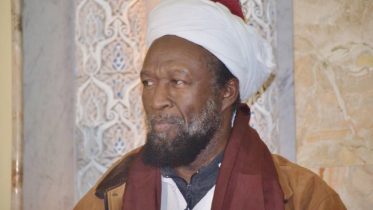