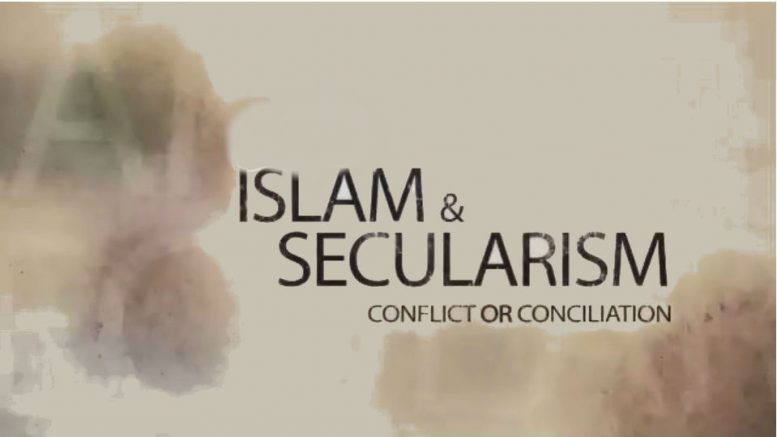 The question of whether or not there can be a dialogue between Islam and secularism is a particularly pertinent one today. Many Muslims, including the vast majority of ulema and Islamists, believe that these ideologies are polar opposites. Hence, they insist, there is no possibility of arriving at even a minimum consensus between the two.

Yet, the question of dialogue between Islam and secularism remains one of particular importance, especially in the context of the rights of Muslims living as minorities in non-Muslim-majority countries. Numerous non-Muslim scholars and even some noted Muslim intellectuals (such as the Pakistani writer Mubarak Ali, the Indian Islamic scholar Maulana Wahiduddin Khan, and the late Professor Mushirul Haq) complain that where Muslims are in a majority, they brand secularism as ‘anti-Islamic’ and a threat to Islam and its followers, but where they are in a minority, they regard it as a blessing. Furthermore, where they are in a minority, they seem to argue for a secular state but, at the same time, insist that Muslims must remain safe from secularism.

These intellectual contradictions, which abound in our ulema and Islamist circles, must be resolved if we are not to be accused of double-standards. It is primarily the responsibility of the ulema and other ‘lovers of Islam’ to address this task with the urgency it deserves.

To cite an instance of such intellectual sophistry, in several of his Urdu works a noted, recently-deceased, Indian Islamic scholar described secularism in India as a ‘shady tree’ that must be protected and strengthened. At the same time, in his copious Arabic writings, aimed at Arab scholars and readers, he decried secularism in no uncertain terms. The same sort of contradiction may be observed, to an even greater degree, in the case of the ideologues and activists of the Jamaat-e Islami of India. Those of them who consider any minor departure from the thought of the Jamaat’s founder, Syed Abul Ala Maududi, to be damaging to Islam itself agree wholeheartedly with Maududi’s claim of secularism being a form of ‘infidelity’ (kufr). To my mind, these people are victims of a pathetic form of personality-worship and literalism.

On the other hand are some other individuals also influenced by Maududi’s thought, but who, after sixty years or so of lambasting secularism and hoping in vain for establishing in India what Maududi termed ‘Divine Government’ (hukumat-e ilahiya) or the Islamic Caliphate, have only just begun to realize that this utterly fanciful agenda is proving to be seriously counter-productive, creating immense hurdles in the path of Islamic missionary work and in the struggle for the rights of religious minorities, including Muslims, in India. It is striking to note here that these people have been compelled to accept secularism as the best available option. Theirs is not a choice willingly made, but one which they feel themselves forced, almost against their will, to accept because they realize that in India they have no other realistic option—the only alternative to a secular state in India being a Hindu state. This dualism in their thought is both a product as well as an indicator of the utter confusion and chaos that characterises contemporary Muslim political thought.

In this regard, the question must be raised that if such people do not willingly accept secularism or actually believe in it, but have been forced by circumstance (the fact of Muslims being in a minority in India) to pay lip-service to it, how far can they truly be loyal to a system based on secularism? How far can they help such a system if they have chosen to support secularism out of compulsion and not out of choice and conviction?

The emotionally-driven slogans of these people clamoring for what they call ‘Divine Government’ and the Caliphate in India have given added ammunition to anti-Muslim Hindutva forces in the country. Thus, in an interview given to the Urdu weekly Friday Special, the top BJP leader and former Home Minister Murli Manohar Joshi argued that if the Jamaat-e islami could talk of establishing an Islamic state in India, there was nothing wrong if the RSS demanded that India be declared a Hindu state.

It is an undeniable fact that Muslim religious leaders have grossly misunderstood the meaning of secularism in its true sense. They see secularism as wholly opposed to religion. This is reflected in the general tendency in Urdu circles to translate secularism as ‘irreligiousness’ (la-diniyat). This is completely incorrect. In actual fact, secularism does not imply anti-religiousness. Rather, it simply means that the state follows a policy of non-interference in the religious affairs of all its citizens.

There are two basic factors for the extremely erroneous understanding and interpretation of secularism in Islamic circles. One of these is the prevalence of a very narrow and restricted understanding of Islam. The second is the tendency to equate secularism with a certain strand of Western secularism that seeks not just to remove keep religion out of politics but also to uproot religion from society and from people’s lives. However, the fact remains that there is not just one form of secularism. Rather, it can be understood, interpreted, expressed and practically implemented diversely and in an expansive and flexible manner. Thus, for instance, a noted Arab scholar, Abdul Wahhab Masiri, speaks of two types of secularism. The first is what he calls ‘total secularism’ or ‘comprehensive secularism (al-ilmaniya ash-shamila), and the other ‘partial secularism’ (al-ilmaniya al-juziya). The former does not have any place at all for religion in the lives of individuals and society, while the latter provides for religion to be kept apart from politics, especially in plural societies, where this is the only practicable solution.

Theocratic rule is a notion that is foreign in Islam, which has no room for priesthood. According to the famous Egyptian Islamic scholar, Mufti Muhammad Abduh, an Islamic government is a ‘civil government’ (al-dawlah al-madaniya). A ‘civil government’, he explains, is one that is established on the basis of human welfare and works for this purpose, keeping in mind the comprehensive interests of its citizens. In a similar vein, the noted thirteenth century Islamic scholar Izz Ibn Abdus Salam wrote in his Qawaid al-Ahkam, ‘The aim of the shariah is to put an end to evil and strife and their causes and to promote the interests [of people] and the causes thereof.’ He further added, ‘People’s interests as well as evils and strife and the causes thereof are indentified through human experience, customs and [other] reliable means.’ This suggests the importance of human experience in devising structures, processes, and policies of governance.

It is not true to claim, as many Islamist ideologues and ulema do, that the ‘Righteous Caliphate’, the period of the first four Sunni Caliphs, has elaborated, expressed and fixed for all time all the features and details of Islamic government and governance. It is well-known that Abu Bakr nominated Umar as his successor, while the latter set up a committee of six persons to decide his successor. Obviously, this indicates, the methods of choosing a leader can differ according to the context.

The ‘Righteous Caliphate’ lasted, in practical terms, for a very short period of only thirty years. Undoubtedly, this system of governance was based on social justice and human welfare. However, to consider it the final Islamic model would mean accepting the argument that this model could not be realistically applied in later stages of history, and that it was rendered incapable of being applied after a short period of three decades.

Certain indispensable modifications in the concept of Islamic government had to be made in the early Islamic period itself, and this was accepted at both the ideological as well as practical levels. For instance, the later ulema and Islamic commentators rebutted the literal import of hadith reports that suggested that the Caliph must be from the tribe of Quraish. Likewise, the notion that there must be a single Caliph for Imam for the entire Islamic world was also negated. The noted twentieth century Indian Muslim thinker Allama Muhammad Iqbal went to the extent of claiming in his acclaimed magnum opus Reconstruction of Religious Thought in Islam that in today’s world a single Muslim ummah simply does not exist. Rather, he argued, the world’s Muslims consist of several different communities, and recognized that it was difficult for all of them to form a single commonwealth.

From this discussion, it clearly emerges that human experience plays a major role in the construction of the state structures. New human experiences emerge with changing times and conditions, and these need to be incorporated in crafting patterns and processes of governance, contrary to what doctrinaire Islamists and ulema might argue. This is also indicated in the Quran, which speaks of monarchy as being a blessing from God (5: 20) although in today we are all aware of the pitfalls of this form of governance. In this regard, all we can say is that monarchy was more suited to the context and times this particular verse of the Quran referred to, although for today democracy is for more preferable.

A vital basis for dialogue between Islam and secularism, and evidence that such dialogue is indeed acceptable in terms of themshariah, is the polity established in Medina by the Prophet ﷺ. The Constitution of this polity was, in a sense, based on the same princples that secularism (in its widely-accepted Indian sense) is founded on—equality and respect for the religious freedom of all communities. The leading ulema of the Deoband school, it is instructive to note, invoked the Constitution of Medina to legitimize their role in their struggle for a united and free India.

(Maulana Waris Mazhari is the editor of the New Delhi-based monthly Tarjuman Dar ul-Uloom, the official organ of the Graduates’ Association of the Deoband madrasa. He can be contacted on w.mazhari@gmail.com

Yoginder Sikand works with the Centre for the Study of Social Exclusion at the National Law School, Bangalore.)

Be the first to comment on "Can Islam and Secularism dialogue with each other?" 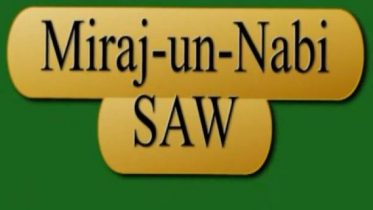