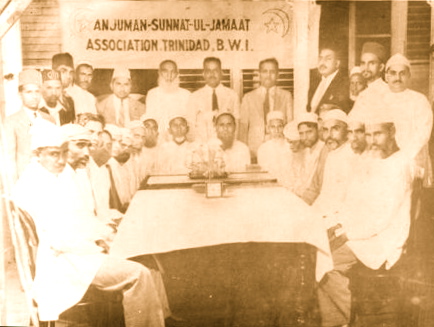 Haji Ruknuddeen Sahib was bom in 1865 in Punjab, India to his parents Elahee and Ameena.  He went through spiritual initiation and training as a discplined member of the Chisti Tariqa (Spiritual Order).  He was educated in Arabic, Urdu, Hindi, and Farsi languages as well as he acquired a deep knowledge of Theology.  Due to this education and training and being one of the few men of learning amongst the indentured labourers, Haji Ruknuddeen emerged to lead the Muslims of Trinidad for over fifty years.

He arrived in Trinidad in November 1897 on board the ‘S.S MOY’ and was first assigned to the La Plaisance Estate in La Romain. It soon became evident to those who brought him that he was indeed a Muslim missionary as his Sufi upbringing propelled him to start Maktabs where classes were organized to read and write Arabic and Urdu. It was only because of economic factors that he was not repatriated.

He later married the daughter of Imam Imdad Hosein of Victoria Village and moved to Tunapuna be resided until his death. At his home in Tunapuna Ruknuddeen Meah set up classes teaching Arabic and religious education and a book shop to meet the local demands for Islamic literature. He then commenced to set up Maktabs across the country and targeted the youths, while doing so at his own expense.

In 1924 he performed Hajj and in 1928 he succeeded Sayad Abdul Aziz as Kazi (Judge). In 1932 following a meeting of Muslims at Chaguanas Haji Ruknuddeen founded the ASJA which became an incorporated body in 1935 with Syed Mohammed Hosein as First President General. In 1947 he was elected Sheik ul Islam because of his vast knowledge of Islam and his fluency of Arabic and Urdu as well as Hindi which enabled him together with his Sufi background to advise the Muslim community on Islamic matters as well as to other communities and groups who frequented his home seeking his assistance, counseling and solutions to problems.

Together with Hafiz Nasiruddin Sahib and Haji Aziz Mohammed (interpreter) the Qazi laid the foundation for the development of the Muslim Community of Tunapuna which to this day continues to be served by those who have benefited from his vast knowledge of Islam. Throughout his life he traveled throughout the country and was respected and admired by all sectors of the community. One of his last public acts was to lay the foundation stone for the rebuilding of the Tunapuna Masjid in March of 1960 and to formally open the Masjid on completion. 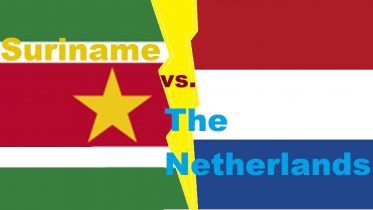