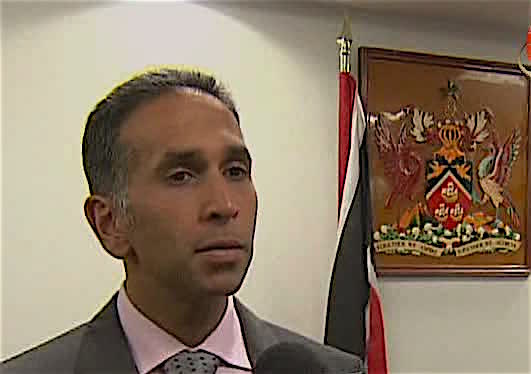 Traditional and independent Muslim groups which have started meeting Government on proposed anti-terrorism amendments have expressed views for and against it— including that amendments involve religious and racial profiling.

That particular view, according to a release from the Muslims of T&T (MOTT) was expressed by MOTT, one of several groups which attended a meeting last week Friday on the proposed legislation with Attorney General Faris Al-Rawi.

MOTT PRO, Imtiaz Mohammed, said the organisation had started raising concerns on the legislation immediately after it was announced recently. MOTT represents over 20 independent Jamaahs and groups.

Hafeez Khan, of the recently formed Muslims Roundtable, representing traditional mosques—also issued a statement on the meeting with the AG.

Mohammed said, “Our representatives were concerned the legislation would affect Muslims’ freedoms granted under the Constitution including freedom of movement, choice, association, privacy, communication etc.

“We said the bill is harsh and offensive and is racial and religious profiling. It could divide T&T along race and religion. Every Muslim may be perceived as a terrorist if this becomes law in its present form. It exposes a Muslim to risk by placing restrictions on his freedoms.”

Mohammed added, “The AG respected our views. He’s willing to meet us and our lawyers in the near future to further discuss it. We accepted his offer.”

Khan, head of the Muslim Roundtable said, “We aren’t sympathetic to people choosing to jeopardise their lives and T&T’s security by engaging in terrorist activity directly or indirectly. We commended the AG and Government for this legislation.

“The amendments are from an Islamic perspective, generally good as they seek to maintain social order and protect society from the evil of those who would want to perpetrate terrorist acts. However there are some aspects that could bring harm. We’re requesting measures be added to avoid/minimise that,” he said.

Khan said, “The AG said individuals’ rights aren’t being removed therefore there’s no need for a special majority to pass the amendments.

“He said this is part of larger legislation required to be in sync with the international community’s anti-terrorism fight and non-compliance isn’t an option as it would mean blacklisting of T&T.

“ He said legislation doesn’t restrict freedom of movement as a permit from the Police Commissioner is required to travel to designated areas. He indicated amendments ‘protect individuals who travel or are caught up in a declared zone and allows Government to come to their assistance.’”

Khan added, “He said legislation will state what would be reasonable for someone to go to the declared zone (humanitarian, study, job and more.)

“The AG agreed there should be specifics where a body corporate/managing director/other officials has been convicted of an offence since the legislation may penalise everyone in an organisation who may not have known/supported the actions of one official.

“He also agreed to ask his team to include protection against abuse of the legislation by police/officials.”

Khan said the AG assured T&T and no other state would declare a designated zone, and any organisation deemed as terrorist groups. 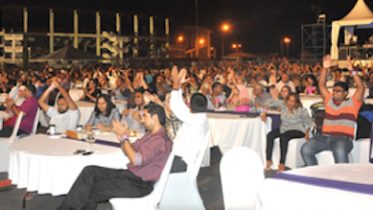 The internationally renowned Muslim singer and composer, Sami Yusuf, is about to make his debut performance in Guyana and people of all ages are excited….