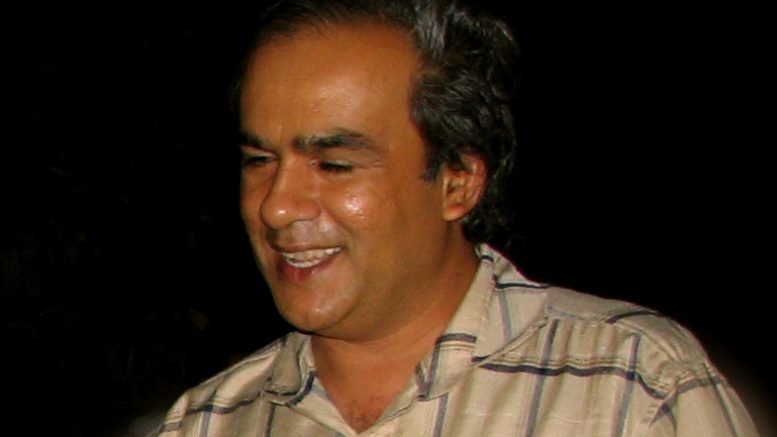 Nasser Mustapha, PhD, Sociology, UWI, is currently a senior lecturer in sociology and head of the behavioral sciences department at UWI, St Augustine. He is a member of the International Sociological Association and the Caribbean Studies Association. As an expert in the field of sociology, and a respected member of the Muslim community (this being the holy month of Ramadan), Sunday Newsday took the opportunity to ask some questions pertinent to both areas.

1 In this holy month of Ramadan what would you like to say to our readers?

May the peace and blessings of God be with you (Assalam-O-Alaikum). Ramadan is indeed a special time for Muslims. It is a time when we engage in dawn to dusk fasting, extra prayers, and more charity. Peoples of all religious persuasions need such periods of cleansing and intensified worship so as to renew and uplift ourselves and our social condition.

2 When through your work you experience the fallout of social issues happening in our country what are your thoughts? Solutions?

Trinidad and Tobago is not what it used to be. We have forgotten good old fashioned values and behavioural patterns such as sharing, caring and providing for the less fortunate. The society has become too materialistic, competitive and results oriented. I think that the faith-based bodies and the NGOs need to play a greater role in addressing social issues. We should not wait for the government to deal with social issues such as crime and poverty. I think these groups should cooperate with each other in dealing with the society’s ills, rather than spend so much time on proselytising people and criticising each other.

3 Which scholar alive today in the Islamic world do you feel best portrays the ideals of the religion? And similarly which of the ones of the past?

I am particularly impressed with the writings of Taha Jabir al Alwani, Jamaluddin Zarabozo, Yusuf Al Qaradawi., Khurram Murad and Ali Shariati. These scholars have illustrated how Islam can be applied to our lives. Others such as Haamudah Abdalati, Syed Husain Pasha and Abdul Wahid Hamid show how Islam is relevant to Western society.

4 Which social worker/activist in TT do you commend the most in the context of your field of expertise?

I think social activism is a thing of the past. Any attempts to reform the society and any criticism of the social order are seen as political and either sidelined or silenced by those in control. Leaders of the society should be willing to accept constructive criticism. On the other hand critics, analysts and commentators need to be less emotional and more objective and dispassionate in their approach. I believe that the media can play a crucial role here.

5 Who were the people who have influenced you the most in your career and in life in general and how did they?

During my secondary school days at St Mary’s College, I would say that I was most influenced by one of my teachers Mr Carol Keller. He taught me in my first year and in my last year (Upper Form Six). He was also my dean for two years. He demonstrated all the qualities of the ideal teacher and my academic life was influenced by his encouragement. I later worked with him at UWI and at CXC.

With regard to life generally, I was most inspired by my parents who never gave up on me. They believed in me even when the journey of life was challenging.

6 What would you say to and what advice would you give to anyone contemplating a vocation such as yours?

Be persistent and consistent. Work hard and never give up. Though the world is filled with corruption, injustice, and inequality, be truthful, just and fair even if you stand alone. Remember God will be on your side.

7 Tell us about your inspiration to do the type of work you do?

I try to remain focused on my long term goals. I get a sense of satisfaction to see others around me satisfied. I wish I can always be surrounded by happy faces rather than frowns. When others are happy, I feel better.

8 Who were your heroes growing up?

9 At what schools/institutions did you receive your education?

10 The one place you would like to visit and why?

I have already visited the place of my dream, that is Mecca in Arabia for the Hajj or pilgrimage. However I have a desire to visit India, Africa and China. I am interested in seeing how the ancestors of Caribbean peoples live.

11 Where were you born and where did you grow up?

Born and bred, as they say, in San Juan. El Socorro to be exact.

12 What advice would you give to young people of Trinidad and Tobago?

Get involved in sport, voluntary groups and other productive pursuits. Stay off drugs, pre-marital sex and alcohol. Do not spend all your time liming, and partying. These would not help you or the society.

13 If you could dine with anyone in history who would it be?

14 If you had to solve the ills that prevail in TT what would you do?

The solution is a long term one. Try to revitalise the family as a social institution. Try to develop activities, such as sports and other social events, for full family participation. Encourage greater conscientiousness and God consciousness among citizens.

15 What advice would you give to the country’s leaders to create a better society?

16 What goals and or ambitions do you still have to realise?

I have the first draft of three books that I could never find the time to finish. My other ambitions are to see my two children grow up faithful and fearless in a hostile world.

17 What daily motto/credo do you live by and in three words, your recipe for success?

We need to try our best in all circumstances, and leave the final outcome to Almighty God.   Recipe for success: “Never give up”.

18 What was the most difficult decision you ever had to make?

I had to resign from a permanent post with the Ministry of Education, after thirteen years, to enter into the uncertainty of a contract position with the university. Things worked out in my favour eventually.

19 Which of your accomplishments do you rate as the most satisfying and memorable?

From early in life and through the influence of my parents, I always dreamed of working at the university and writing books.  I have been able to accomplish both. In, 2006 and 2007, I had two sociology textbooks published, Sociology for Caribbean Students, volumes 1 and 2, which already had a second printing with updates scheduled for publishing in the near future.

20 In the context of your expertise as a sociologist how do you view the future of Trinidad and Tobago?

If we were to extrapolate from existing trends, I would say very bleak.  Not only are we sitting on the brink of a precipice, on a time bomb waiting to explode, not only has the quality of life in our beautiful land deteriorated beyond description, the sad part is that we are being made to feel that we are sailing smoothly on the road to success, positive change and development.   Let us not fool ourselves into complacency, we need people with courage and optimism but at the same time we need to take drastic and radical measures to save our beloved land of Trinidad and Tobago.   People need to be appointed to public office based on competence and ability to bring about change, rather than political affiliation.

First published in Newsday in 2009. 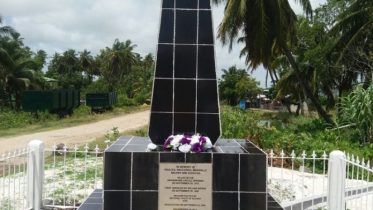 Muslim resistance in Guyana dates to early times when enslaved Africans were shackled and forcibly brought to Guyana. These freedom fighters wanted nothing but dignity…