Relatives of a 40-year-old Woodbrook man who died on Monday night after being beaten and robbed are calling for swift justice in the killing.

Tariq Ali, 40, of Alfredo Street, Woodbrook, left his home on Sunday telling relatives that he was going to the ATM Machine in Woodbrook.

Reports revealed that Ali was walking along Adam Smith Square around 9.30 pm ,when he was confronted by a group of men who beat him on the head and robbed him of cash.

A passerby who witnessed the killing alerted the Woodbrook Police and the bleeding Ali was rushed to the Port-of-Spain General Hospital.

He succumbed to his injuries on Monday night.

The self employed man was unable to be interviewed by the police because of his head injuries.

Yesterday, Ann Ali, mother of the murder victim called for swift justice for the perpetrators of the crime.

She told Newsday that the last time she saw Ali alive was on Sunday night when she asked him if he was fasting on Monday. She described her son as a quiet person who was a devout Muslim and family oriented.

According to Ali, her son owned a small business and was well known in the Woodbrook area.

She said that the murder has left her traumatised, and she is hoping that the killers are found and brought to justice.

Checks yesterday with homicide investigators revealed that an eyewitness to the killing was interviewed and an arrest is imminent.

Be the first to comment on "Devout Muslim robbed and killed" 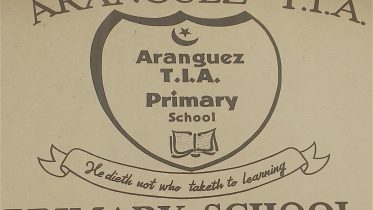