“This madrasa is not merely an educational institution but a fort for protecting Muslims’ religious and civilizational treasures,” said Shaikhul Hind Mahmoodul Hasan regarding Darul Uloom at Deoband. Mahmoodul Hasan [1851-1920] was the first student of Darul Uloom Deoband and later to become a prominent force in the Deoband movement.

But it is not true that Darul Uloom Deoband was the first of its kind. People like Shaikh Ahmad Sirhandi, Shah Waliullah, Shah Ismail Shahid or institutions like Farangi Mahal of Lucknow and Makhdoom’s Madrasa at Ponnani, Malabar served the cause of Islam in India but none had success like Darul Uloom.

Darul Uloom Deoband was a response to the British hegemony over India by a section of ulema but instead of retreating back to their cocoon this was a forward-thinking step by people without political patronage. Realizing that it is not possible to beat British by armed conflicts, some ulema who had studied British system of governance and education went about creating an educational system that will take the best of the British system but keep the Islamic spirit alive.

Darul Uloom, established at Deoband in 1866, when the wounds from 1857 loss was still raw, took a revolutionary approach for teaching and learning of Islamic knowledge. Among its founders were Muhammad Qasim Nanautawi [1833-1877] and Rashid Ahmad Gangohi [1829-1905] who had studied at Delhi and had the chance to see the Delhi College and how it was run. Unlike madrasas of that era, Darul Uloom had more formal system of Islamic education, it was bureaucratic, teachers were appointed for different subjects, and it had system of examination with rewards for merit and an annual convocation program where degrees were handed out.

Darul Uloom also benefitted from newly established railways, postal system, and printing press. These helped Darul Uloom to reach far corners of the British India. So if they were not running away from the British system then why establish this path-breaking madrasa in Deoband?

Saharanpur district which contains Deoband, along with Meerut and Muzaffarnagar became important area where many religious families got established over many years during the era of Mughal decline. So Deoband benefitted from a network of religious families that provided students and teachers to this ever-growing madrasa. But unlike other madrasas that were closely linked to one family, Darul Uloom founders made a Majlis-e-Shoora (consultative committee) that consisted of religious scholars as well as prominent members of the local community. All important decisions regarding the institute are taken by this Majlis protecting it from the whims and fancies of the director.Fall of the Mughal Empire and adoption of English by the British India meant that Ulama had limited employment opportunities forcing them to work amongst the common Muslims. Though Darul Uloom always received donations from the rich and the powerful but it made an extra effort to seek funds from common Muslims. The accounts of income and expense were maintained by the Darul Uloom authorities and a report sent to all their donors annually.
This also meant that people were seeking these ulama for guidance on most mundane of issues. This paradoxically gave ulama unprecedented influence over the community. The success of Darul Uloom is also because of their graduates going back and establishing similar madrasas in their hometowns that became feeder schools for Darul Uloom at Deoband.
Ulama of Darul Uloom Deoband had been very active against the British imperialism. From the Silk-lettter movement (Reshmi Rumal Tehreek) that led to 3-year detention of Mahmoodul Hasan as prisoner of war in Malta to establishment of Jamiat Ulama-i-Hind and the Khilafat Movement to the first non-cooperation movement, Deobandi ulamas were leading from the front. Deobandis take pride that they were the first one to demand complete independence for India and also one of the fiercest critic of demand of Pakistan.

In post-independence India, ulama of Darul Uloom largely confined themselves to the field of Islamic education. In the aftermath of partition and ever increasing communal violence, Darul Uloom continued to see itself as the protector of Islam in India. But issues were not black & white anymore, they didn’t understand the politics and what role they can play in it. However, recognizing the importance of Indian Constitution and how new laws passed in the Parliament can restrict what they saw as practice of Islam in India, All India Muslim Personal Law Board was formed in 1973. Credit must be given to Deobandi ulama for making it all inclusive with representations in it of Barelvis, Shias and women. The Board functions like a lobbying organization and shaper of Muslim opinion.

Increasingly, Deobandis are getting comfortable with electoral politics and had some success in Assam and West Bengal. But it is wrong to assume that all directions are set in Deoband rather it is an individual members or group of Deobandis who are trying their hands in new things seeing their role as protector of Islam in India.

Darul Uloom Deoband finds itself in the media almost always in a negative light. Negative publicity turns out to be a good publicity for Darul Uloom. Not unlike the late 19th century inter-religious debate that positioned Darul Uloom as champion of Islam, media attention does the same job now. My analysis of Darul Uloom’s fatwas showed that majority of their fatwas are harmless but it is the miniscule “bad fatwas” that gets the star treatment, even in these cases media indulges in exaggeration to make it appear worse than what it is. And it serves Darul Uloom well as it helps the institution reach to the Muslims which otherwise it has no means to reach.

So media help spread the fatwas of Darul Uloom but how many Muslims follow it? Few months ago I was interviewing Abdul Qasim Nomani, mohtamim of the institute and we had to stop the interview as the sound of firecrackers just outside his window was too loud for recording. Maulana Nomani informed us that it is a wedding celebration, a clear disregard of their fatwa issued three years ago.

Still, no one can dispute the influence of Darul Uloom Deoband. A century and a half later, Darul Uloom is not just a movement but an idea with a world-wide reach.

Be the first to comment on "Darul Uloom Deoband, India – not just an institute" 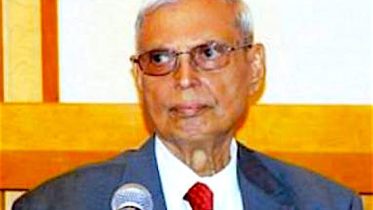 Tajmool Hosein, QC Tajmool Hosein qualified as a barrister in 1946 and developed considerable knowledge in the area of constitutional law. As a member of…