Jerome Teelucksingh, Ph.D. The University of the West Indies. Lecturer

Citing the nation’s high murder rate, (278 at the time of writing) Dr. Teelucksingh warned that the nation is at serious risk from this marginalised and alienated sector.  “School and academic attainment hold no attraction for these drop-outs who lack vision and goals. They prefer image….. bling ,” the lecturer disclosed. Saying that they don’t see themselves living for very long, underachievers must have everything instantly.  “They have no qualms about pumping any number of bullets into their victims,” said the speaker, whose father was a past Moderator of the Presbyterian Church in Trinidad and Tobago. He went on to urge the IDM to collaborate with other faith based groups ( Hindus and Christians) and non-government organizations (NGOs) to meet with Education Ministers, Dr. Tim Gopiesingh and Fazal Karim to help fix the education system to cater for the underachievers.

Just who are the underachievers? In the panel discussion that followed Dr. Teelucksingh’s presentation, they were identified. Hatim Mohammed, retired Principal of the Malabar Secondary School in Arima, produced statistics to show that females were outperforming males in every national examination. Girls are performing better at the Secondary Examination Assessment (SEA) Level, the Caribbean Secondary Examination (CSEC) Level, the Caribbean Advance Proficiency Examination (CAPE) and even at tertiary Level. Education Minister, Dr. Tim Gopiesingh was quoted by Dr. Teelucksingh as saying that some four thousand students were missing from the secondary school system.

Sheriffa Ali Abdullah, socio-economist, disclosed that there was a disproportionately large number of Muslim males in the nation’s prisons when compared with the island’s Muslim population of approximately 78,000.

It was Mtima Solowazi of the Islamic Resource Society (IRS) who painted a frightening picture of the mind-set of the underachieving male drop outs. Confessing that he himself was an underachiever when he attended Belmont Secondary School but who turned around his life, just graduated with a Bachelor of Science (BSc) degree from UWI, Solowazi said that underachieving males revel in their anti social life style. Seemingly devoid of humanity, these youths vie with one another to be bold and brazen, callous and conscienceless, as they rob and rape, maim and murder. The more brutal they are, the greater their rank in the underground sub-culture. They don’t expect to live for very long- twenty-four to twenty-five years maximum. After that, they consider themselves old. In fact, Solowazi informs that these drop outs at age twenty-six are totally disoriented, they know not what to do with their lives as they never expected to live so long. These youths want instant gratification, so they do not want permanent jobs. They want high paying jobs-so they will risk selling marijuana and cocaine, for the returns are high. Solowazi says it will be difficult for anybody, any government to arrest this situation.

Is Trinidad on the brink? Are these “walking time-bombs” about to explode? Is Dr. Teelucksingh’s recommendation for religious groups and NGOs to join together to save these young people worthy of implementation? Or is it too late?

Alyasa Abdullah, a former head of the IDM and a retired educator, believes that all is not lost. He believes that the misguided and lost youths can be saved. He advocates that the methodology of the Prophet Muhammad (saw) in calling people to the worship of God, Allah, should be utilized with these youths. Recalling that the pre-Islamic society was lawless, Abdullah said that Muhammad (saw) befriended individuals and presented the concept of One God to them-La illah-illallah (there is no diety worthy of worship except God). The call to Allah and the acceptance of God brought about a positive revolution in the lives of the lawless Arab society. Abdullah believes that the same can be done with male drop-outs. He calls on all right thinking people to get involved in inviting to God, Allah, to an ungodly, uncaring and uncared for people and lives will be reformed for the better, God willing. 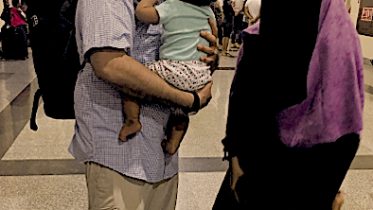