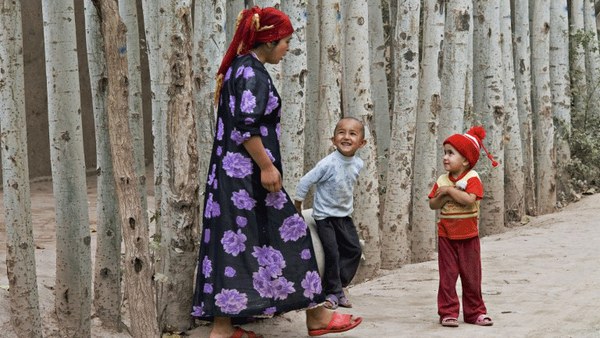 A Uyghur woman is shown with her children in Kashgar, Xinjiang, in a file photo.

Authorities in northwest China’s Xinjiang region have issued a directive completely banning the use of the Uyghur language at all education levels up to and including secondary school, according to official sources, and those found in violation of the order will face “severe punishment.”

The new ban marks one of the strongest measures yet from Beijing aimed at assimilating ethnic Uyghurs, who complain of pervasive ethnic discrimination, religious repression, and cultural suppression by the China’s ruling Communist Party in Xinjiang.

In late June, the Education Department in Xinjiang’s Hotan (in Chinese, Hetian) prefecture issued a five-point directive outlawing the use of Uyghur at schools in favor of Mandarin Chinese “in order to strengthen elementary and middle/high school bilingual education.”

Under the directive—a copy of which was obtained by RFA’s Uyghur Service—schools must “insist on fully popularizing the national common language and writing system according to law, and add the education of ethnic language under the bilingual education basic principle.”

Beginning in the fall semester this year, Mandarin Chinese “must be resolutely and fully implemented” for the three years of preschool, and “promoted” from the first years of elementary and middle school “in order to realize the full coverage of the common language and writing system education.”

The directive instructs schools to “resolutely correct the flawed method of providing Uyghur language training to Chinese language teachers” and “prohibit the use of Uyghur language, writing, signs and pictures in the educational system and on campuses.”

Additionally, the order bans the use of Uyghur language in “collective activities, public activities and management work of the education system.”

Any school or individual that fails to enforce the new policy, that “plays politics, pretends to implement, or acts one way and does another,” will be designated “two-faced” and “severely punished,” it said, using a term regularly applied by the government to Uyghurs who do not willingly follow such directives. Four different officials anonymously confirmed the directive to RFA and said their local county governments were preparing to implement it ahead of the fall semester.

A Han Chinese official at Hotan’s Qaraqash (Moyu) county Education Bureau said that the directive was issued on June 28 and distributed to all county education bureaus two days later.

“I can give you the contents of this directive, but only the Prefectural Educational Department has the right to explain them,” he said, referring further questions to the department.

A Uyghur official with Hotan’s Chira (Cele) county government said she had heard about the directive, but was not fully aware of its contents.

“I heard that all teaching in elementary and middle/high schools will be done in the Chinese language, beginning in September, and Uyghur language will not be used,” she said.

A Uyghur official at the same county’s Education Bureau was able to provide more information about the new policy, which he said his bureau was “urgently discussing the implementation of.”

“All teachings will be conducted in the Chinese, not Uyghur, language in the upcoming semester,” he said.

“Even the Uyghur textbooks will be replaced with Chinese textbooks from inland China. All teachers and students are required to speak the Chinese language only in the school and education system,” he added.

The Uyghur official said that while Hotan prefecture had repeatedly tried to implement a bilingual education policy over the past 10 years, “the national language hasn’t become popularized.”

“As a result, the Prefectural Education Department issued this directive to deal with this situation,” he said.

A Han Chinese official from the Education Bureau for the seat of Hotan prefecture told RFA that the directive is being implemented throughout the prefecture to “encourage” the learning of the national language.

“Education authorities decided to ban the use of the Uyghur language in order to create a favorable environment for minorities to study the national language,” he said.

“This is, in fact, good for Uyghurs to study the national language. Uyghur students will not study Mandarin if they learn from Uyghur language materials in the school system. That is why they should immerse themselves daily in Chinese language announcements, propaganda, signs and other materials.”

“All meetings and collective activities” in the school system will be held in Mandarin in the future, the official added.

While Beijing has attempted to implement a “bilingual” system in Xinjiang’s schools over the past decade, Uyghurs say the system is monolingual and reject it as part of a bid to eliminate their mother tongue and increase their assimilation into Han Chinese culture.

Additionally, the bilingual education policy is in violation of both China’s constitution and regional ethnic autonomy laws.

Article 4 of the first chapter of China’s constitution states that “the people of all nationalities have the freedom to use and develop their own spoken and written languages, and to preserve or reform their own ways and customs.”

Article 121 of the charter’s sixth section states that in performing their function, the organs of self-government in China’s autonomous regions should “employ the spoken and written language or languages in common use in the locality.”

Additionally, Article 10 of the first chapter of China’s Regional Ethnic Autonomy Law on Language states that agencies in ethnic autonomous areas “guarantee the freedom of the nationalities in these areas to use and develop their own spoken and written languages and their freedom to preserve or reform their own folkways and customs.”

Article 37 of the law’s third chapter states that “schools (classes) and other educational organizations recruiting mostly ethnic minority students should, whenever possible, use textbooks in their own languages and use these languages as the media of instruction.”

Ilshat Hassan, president of the Washington-based Uyghur American Association, told RFA that Beijing is attempting to skirt its own laws by labeling the new policy part of a bilingual education, while it works to “eradicate one of the most ancient Turkic languages in the world.”

“In fact, by enforcing this new policy at the preschool level, the Chinese government intends to kill the Uyghur language at the cradle,” he said.

“It is nothing short of cultural genocide. The international community must not allow China to destroy our beautiful language and culture, which has thrived for several millennia.”

The Uyghur or Uighur language, formerly known as Eastern Turki, is a Turkic language with 10 to 25 million speakers, spoken primarily by the Uyghur people in the Xinjiang Uyghur Autonomous Region of Western China. Significant communities of Uyghur-speakers are located in Kazakhstan and Uzbekistan, and various other countries have Uyghur-speaking expatriate communities.

Uyghur belongs to the Karluk branch of the Turkic language family, which also includes languages such as Uzbek. Like many other Turkic languages, Uyghur displays vowel harmony and agglutination, lacks noun classes or grammatical gender, and is a left-branching language with subject–object–verb word order. More distinctly Uyghur processes include, especially in northern dialects, vowel reduction and umlauting. In addition to influence of other Turkic languages, Uyghur has historically been influenced strongly by Persian and Arabic, and more recently by Mandarin Chinese and Russian.

The modified Arabic-derived writing system is the most common and the only standard in China, although other writing systems are used for auxiliary and historical purposes. Unlike most Arabic-derived scripts, the Uyghur Arabic alphabet has mandatory marking of all vowels due to modifications to the original Perso-Arabic script made in the 20th century. Two Latin and one Cyrillic alphabet are also used, though to a much lesser extent. The Arabic and Latin alphabets both have 32 characters.

The major religions in Xinjiang are Islam among the Uyghurs and the Hui Chinese minority, while many of the Han Chinese practice Chinese folk religions, Taoism, Confucianism and Buddhism. According to a demographic analysis of the year 2010, Muslims form 58% of the province’s population. Christianity in Xinjiang is the religion of 1% of the population according to the Chinese General Social Survey of 2009.

A majority of the Uyghur Muslims adhere to Sunni Islam of the Hanafi school of jurisprudence or madhab. A large minority of Shias, almost exclusively of the Nizari Ismaili (Seveners) rites are found in the higher mountains of Pamir and Tian Shan. In the western mountains (the Pamirs), almost the entire population of Pamiris, (Sarikolis and Wakhis) are Nizari Ismaili Shia. In the north, in the Tian Shan, the Kyrgyz and Kazakhs are Sunni. 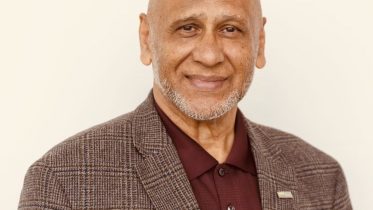