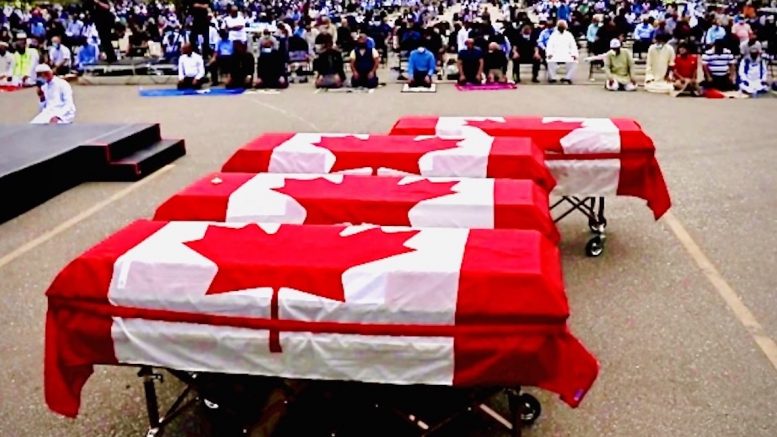 Hate shattered the once peaceful veneer of London, Ontario, with the murder of four members of the Afzaal family on June 6. This has inflicted wounds so deep they’re likely to leave permanent scars that will haunt our collective memory for years to come.

Nine months after the murder of Mohamed Aslim-Zafis at the entrance of the International Muslim Organization (IMO) mosque on Rexdale Blvd. in Toronto, a day does not go by without me recalling the shocking scene. 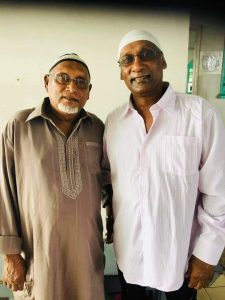 The images seared into my memory are of flashing lights of EMS and police vehicles, ‘do not cross’ police tapes, the lifeless body of Aslim-Zafis covered with a tarp, and our Imam sobbing and supplicating to God.

After offering the evening prayer, Aslim-Zafis would usually sit outside with a cup of tea during the warm summer evenings. Images captured on CCTV cameras show that he did not see his assailant, who viciously attacked him when he least expected it.

Our mosque, like any other in the GTA, welcomes people from all ethnicities. A white male would raise absolutely no suspicion in the minds of anyone. Instead of an interrogation, a total stranger is more likely to receive a plate of whatever fixing Aslim-Zafis had cooked up in our kitchen.

As the president of the mosque, I felt alone, weak and vulnerable. How did the Islamic Cultural Centre President in Quebec City feel when he received news that someone had killed six members inside his mosque?

The first person at my side was Mustafa Farooq, CEO of the National Council of Canadian Muslims (NCCM). He and his small team helped us chart a course forward.

We at IMO have always had an exceptional relationship with Toronto police officers at 23 Division. Superintendent Ron Taverner reassured me that officers would be posted at the mosque around the clock until the killer is in custody.

A few days later, Toronto Police arrested Guilherme “William” Van Neutegem and charged him with the murder of Aslim-Zafis.

The Canadian Anti-Hate Network said that Van Neutegem’s social media profile showed that he had ties to a group that was ideologically motivated to violent extremism.

I am still baffled that he has not been charged with a hate crime. However, his apparent ideological motivation for the murder of Aslim-Zafis provided us with a critical perspective.

Standing with us with their pledged support to fight Islamophobia are elected officials from all levels of government, GTA Imams, faith leaders from far and near – Jewish, Christian, Hindu, and Sikh.

Other hot stories soon diverted the media. As the weeks and months piled up Aslim-Zafis’s murder seemed as if it was a homicide in the parking lot of a convenience store, not an attack on a religious community. 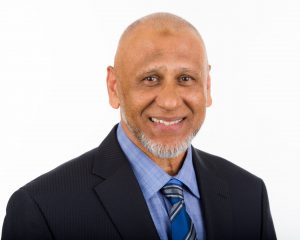 The extensive media coverage assigned to the massacre of the Afzaals is appreciated. The outpouring of empathy from fellow Canadians of every strata, creed and ethnicity warmed my very being. I am hopeful that this will inspire a national conversation and a concrete plan of action to stem the spread of ideologically motivated violent extremism in Canada.

Today’s incident at the Islamic Institute of Toronto (IIT) emphasizes the necessity and urgency for this to take place imminently. Emergency services were called to IIT on Neilson Road, near Finch Avenue East, Toronto, at around 11:50 a.m. with reports of two people trying to break into the building. It was also alleged the co-accused made threats to staff.

I am also now convinced that were we as Canadians to take a stand as a unified bulwark against the architects of hate, it will eliminate their foothold in our society and leave little or no room for them to traffic their vile ideology online.

Omar Farouk, President and CEO of the IMO Mosque.

Haji Omar Farouk is a Canadian by choice, born, raised, socialized, educated in a multi-ethnic, multi-faith Co-operative Republic of Guyana. He loves cricket and has also dedicated his time to community and public service. 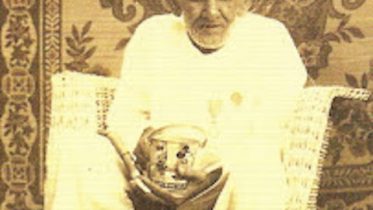