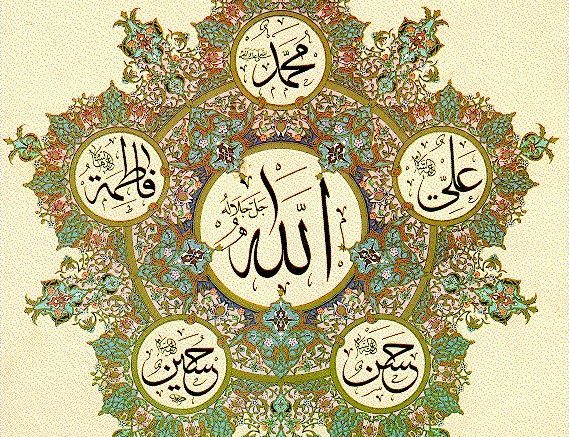 Bilal Muslim Mission of Americas was incorporated in October 1993 in New York USA as a non-profit corporation with IRS tax exemption status. Hence all donations given to BMMA will receive tax deductible receipts in USA.

BMMA was primarily incorporated to propagate the teaching of Ahlulbayt to the inmates of correctional institutions in USA and Canada. These inmates who had embraced Islam according to the Sunni Madhhab were disenchanted and asked for directions towards the Seerah of Ahlulbayt. The founder members of BMMA embarked on this mission with full support from well-wishers and donors who pledged their loyal support for this cause. BMMA was born.

Soon after BMMA was informed of the Shiite converts in Trinidad and Guyana. Most interestingly BMMA stumbled upon the Hossay Festival in Trinidad which has been taking place every Muharram for the last 150 years to commemorate the martyrdon of Imam Hussein (a.s.). This event is organized by the Shiite Muslims of Indian ethnic origin whose fore fathers were taken to Trinidad by British Raaj as indentured labourers. This festival was known to the Muslim Ummah for a long time. Unfortunately it was ignored by all. Time took its toll and the event change from solemnity to festivity.

During Muharram in 1994 BMMA sent a couple of persons to investigate this event as well as pay a visit to Guyana. Since then BMMA has participated in this event regularly. BMMA arranges for zakirs to go to Trinidad to read majlises for the Hossay as well as for the African ethnic Trinidadians who had embraced Shiite Madhhab. Unfortunately the Shiite Muslims in Trinidad and Guyana do not have a mosque or a centre to call their own. Their number is very small indeed in relation to the entire Muslim population. Being Shiite Muslims they are resented by the main Muslim body by the propaganda of the Wahhabis. They are, however, very dedicated and need the support, help and encouragement from all of us.

Since then I have been paying regular visits to Trinidad and Guyana. BMMA sent hundreds of copies of Quran translated by S.V. Mir Ahmad Ali and other literature. BMMA also supplied the small community in Trinidad and Guyana with TV, VCR, Computer, Printer and Fax machines. BMMA also financially supports the running of Madressah in Guyana and dispatches reading material and other literature for the same on regular basis.

The need for a centre has been felt in this region for a long time. In 1996 the President of World Federation Alhaj Mulla Asghar with an entourage of 10 individuals including the President of NewYork Jamaat, Br. Liyakat Fazal, visited Trinidad and Guyana. His report has been posted in the WF Webpage. The President also felt the need for a centre in the region and discussed the issue with the board of officers of BMMA. It was in this Muharram of 1996 that BMMA organized Imam Hussein Day Seminar in Trinidad, the first of its kind in the region. The Chief Guest of Honour was The President of World Federation and the Main Guest Speaker was the Archbishop of Trinidad and Tobago. This event was very successful.

Since BMMA has been participating in The Hossay event, the anomalies which were encountered in 1994 are slowly dissipating. The people of Trinidad gradually have come to understand the solemnity of this event. It is not called a festival anymore. It is now officially called the Hossay Procession. This procession has been video taped with an introduction by the President of World Federation and a copy of this video has been distributed to all jamaats world wide. Please contact the official of your jamaat to see this event on tape. Failing which please Email to : kermalli@yesic.com and a copy will be mailed to you.

BMMA has been fortunate to obtain the services of Alhaj Yusuf Kermalli from Tanzania who was on a visit to New York. Yusufbhai accepted the challenge and is employed as the administrator of BMMA stationed New York. Yusufbhai is inundated with correspondence from the inmates of the correctional institutions nationwide. BMMA receives more then 50 letters daily. These inmates ask a lot of pertinent questions which have to be answered responsibly. The inmates also request for literature which are sent to them to propagate the Madhhab of Ahlulbayt. Yusufbhai has also written a book on Hajj and presently is typesetting a book which has the biography of Imam Hassan(a.s.) and Imam Hussein(a.s.) written by Dr. Raza Dungersi. Both these books are published by BMMA. Write to us for a copy. This book is very much in demand in the Caribbean and South America. The book on Hassanain(a.s.) will be distributed at Second Imam Hussein Day Seminar in Trinidad this year. Donations are welcomed for this publication. Last year BMMA published a book “The Missing Link” written by Haroon Abdulla, an African American from Nigeria, who had reformed from Sunnite Islam to Shiite Islam. This book is also available from BMMA.

BMMA has now embarked on a very ambitious project. BMMA has signed and made down payment for a property in Trinidad. The President of World Federation Mullah Asghar has seen this property and encouraged BMMA to go ahead with the purchase. This property will be used as a mosque and centre for the Shiite Muslims. It is also planned to establish a Hawza at this centre so that students from the region can be catered for and eventually transferred to Qum for further studies. Local Muballigh are unheard of. BMMA plans to prepare local students to cater for their towns in the region. This property will cost US$ 250,000.00 when complete. The main objective for purchasing this property was to make it self sufficient to run. The property has three floors. Each floor has an area of 5000 sq. ft. The second floor will be used as Bait-u-Salaat and Lecture Hall. The first floor will cater for a Daycare Centre, a Vocational Training Centre for Women and a One Bedroom apartment for the Resident Aalim. The ground floor will have five to six shops ranging from a Mini Supermarket to Used Tire Resale. All mumineen are welcome to share in this venture by contributions. Mumineen outside USA may make payments to their constituent jamaats who will then donate the same amount to BMMA on your behalf. This way all of you will benefit from tax exempt receipts for tax deduction purposes. The brochure for this project is under preparation. It will be mailed to all jamaats as soon as it is ready. Please Email to kermalli@yesic.com for any further clarifications.

IEB of World Federation has entrusted BMMA with distribution of all literature for them in America. This arrangement will eliminate duplication and centralize the distribution process. Other organizations and institutions are welcome to make such arrangements with BMMA. BMMA will Inshallah cater for the need of the Shiite Muslim converts and propagate Shiite Islam in all parts of North and South America including the Caribbean. Islam is the fastest growing religion today. We are anticipating a flood towards the Madhhab of Ahlulbayt in this part of the world. BMMA is preparing for this eventually and Inshallah with your encouragement and support we shall march forward and prepare the groundwork for the Awaited Savior who will come and direct us further.

Be the first to comment on "BILAL MUSLIM MISSION OF AMERICAS" 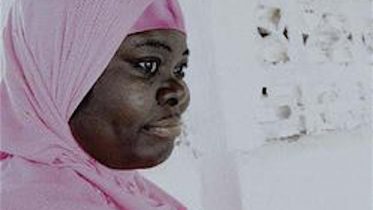 Islam in Jamaica: One woman’s story  first published in Jamaica Gleaner published: Tuesday | July 29, 2008 “People look at Muslims as terrorists because of…