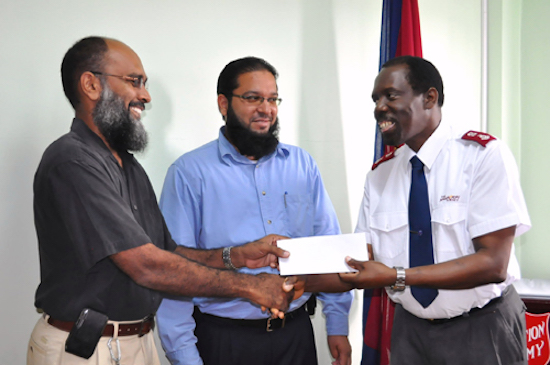 2010-12-31: The Salvation Army’s Christmas appeal got a $12,000 boost this week. Thanks to the generosity of the Barbados Muslim Association, who presented the money to Divisional Commander Major Dewhurst Jonas at their Reed Street, City headquarters, they have reached their half million dollar target.

The money is geared specifically towards the feeding programme of the non-governmental organisation. They feed hundreds daily in their lunch programme.  President of the association Dr. Abdul Mohamed said that the feeding bank was for a worthy cause and was a fundamental programme to help those who are in need.

He hopes to make the donation an annual exercise as he and his organisation had seen the struggle that the Salvation Army had to keep this particular programme alive.

Jonas said that despite the fact that the money was given, religion was put aside and they were looked at as an ordinary organisation that needed help.

The Divisional Commander also said he was “pleasantly surprised” when he received the call from Mohamed expressing his concern about males who attended the feeding bank not showcasing their skills and living like how they ought to.

To justify this, the Salvation Army will start a new programme called “Do it, Live it, Love it”.

“We are trying to get members of the feeding programme to do something, not just sit around and wait until lunch, but we want them to do is love what they do and have a zest and passion for life,” Jonas declared.

Through this programme, members would be taken to a place of interest on the last Wednesday of each month.

He is also concerned about the fact that the reason why some of them are unemployed is because of the criminal record they hold.

However, Jonas thinks that the appearance of some of these males actually prove that they can do something positive with their lives.

“They need to come into a formal setting where they can sing, read and listen to motivational speakers. We want them to do more with their lives and have a purpose for living,” he said. 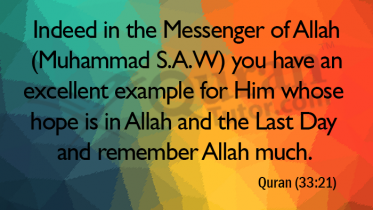