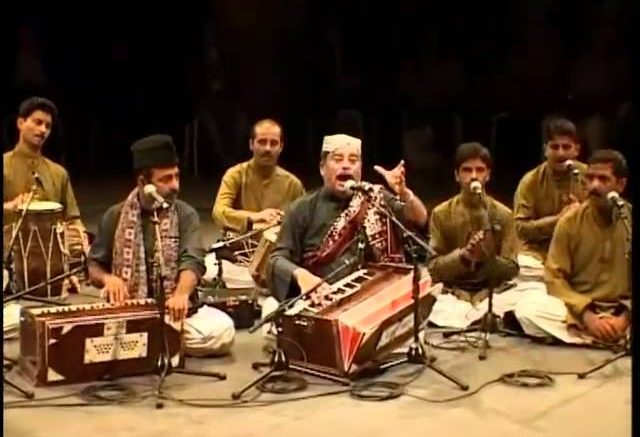 Ustad Ghulam Fariduddin Ayaz Al-Hussaini Qawwal is a Pakistani Qawwal. He belongs to the ... music such as dhrupad, khayal, tarana, thumri, and dadra. Ayaz leads the qawwal party with his younger brother, Ustad Abu Muhammad.

New Delhi, Dec 18 (IANS) They come from Pakistan but carry eight centuries of the Indian capital’s Islamic musical history on their shoulders. The Karachi-based troupe owes its allegiance to Sufi saint Amir Khusrau who founded the qawwali genre of devotional music.

Fariduddin Ayaz Qawaal and Party, hailed as one of the top five ensembles in the sub-continent, describe themselves as the ‘true torchbearers of the Delhi Qawaal Bacchon ka Gharana’ founded by Saamat Bin Ibrahim – a young disciple of Amir Khusrau – in the 13th century.

‘We have kept alive the 777-year Delhi gharana of qawwali music though we live in Karachi,’ Ayaz told IANS in the capital.

In the middle ages, the exponents of the Delhi gharana were groups of children. The indigenous gharana captures the spiritual soul of the Delhi sultanate with its childlike and boisterous music and lyrics.

The music is a blend of Sufi, traditional Indian classical ragas and ‘thumris’ – short ditties.

Ayaz and his troupe of 10, comprising siblings, cousins and children, were here to perform at a private soiree. Ayaz is the son of veteran Pakistani Delhi Qawaali exponent Munshi Raziuddin, who left India after partition.

Raziuddin is the grandson of Qutab Baksh or Tan Ras Khan, who tutored the last Mughal emperor Bahadur Shah Zafar in devotional music and doubled as the emperor’s legal advisor.

‘We are part of India’s royal Muslim history. Our family resided at the Chandni Mahal in the Chandni Chowk area of the city. The palace was gifted to my ancestor Ustad Tan Ras by the last Mughal emperor,’ Ayaz said.

Raziuddin’s family fled Chandni Mahal to Hyderabad during the Sepoy Mutiny of 1857 and left the country in the early 1950s after partition, the musician said.

The Delhi school of qawwali is often considered the pioneer of qawwali music in India. Qawwali flourished in Allaudin Khilji’s court and at the Delhi shrine of Sufi saint Nizamuddin Auliya, whose disciple Amir Khusrau was.

‘The school (gharana) is unique because it is associated with child musicians unlike other schools of qawwali that flourished in Gwalior and Lucknow,’ Ayaz said.

A south Indian scholar named Gopal once visited the court of Allaudin Khilji and ‘posed a set of religious and mythological questions in the course of a theological debate to the badshah,’ Ayaz narrated.

‘The question was made of 28,000 sentences and was sung as a verse by the pundit. The king, who was busy taming murderers and criminals, assigned poet Amir Khusrau the task of framing a fitting reply. The poet wanted six months to reply,’ Ayaz said.

After six months, he assembled a team 12 children led by one of his prime disciples, Shamaat Bin Ibrahim, Ayaz said.

‘Khusrau penned the ‘kalams’ (verses) and instructed three child vocalists to reply to the south Indian scholar with ‘taans’ – classical music notations. The poet wrote a code of musical conduct for the ‘kalams’ to be sung and it became the first qawwali musical verse sung for the common man,’ Ayaz said.

The qawwal, on whom the Pride of Pakistan honour has been conferred, is full of stories.

‘One day, Hazrat Amir Khusrau was sitting by the Yamuna river. Across the bank he spied a blind minstrel and his mute son. And the poet was filled with a sudden desire to hear the blind fakir’s song,’ Ayaz said.

‘He called out to the minstrel, who said his 12-year-old son could not hear or speak. Someone had to show the way. Khusrau told the minstrel and his son to chant Hazrat Nizamuddin Auliya’s name,’ Ayaz added.

As soon as the musician chanted the saint’s name, the boy’s power of speech and hearing was restored.

‘The minstrel placed the boy under Khusrau’s care. The boy, Saamat Bin Ibrahim, became the founding father of the Delhi gharana. We follow in Saamat’s footsteps,’ Ayaz said.

The musician is critical of contemporary qawwali as popularised by Bollywood.

‘The qawwali shown in movies is almost like musical muqabala (tug-of-war) often between a man and a woman that slides into a show of flesh. True qawwali is sung by one man, backed by repeaters and musicians,’ he said.

‘I want to say Delhi Qawwali is alive and well,’ he said. The troupe has performed across the world.

Be the first to comment on "Amir Khusrau founded the qawwali genre of devotional music." 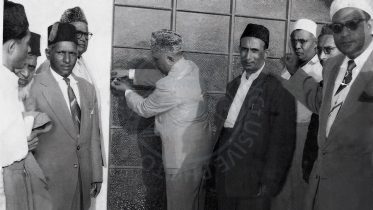 First published in Barbados Today on February 22, 2017. Nestled in a side street of our UNESCO World Heritage-inscribed capital city of Bridgetown is a…