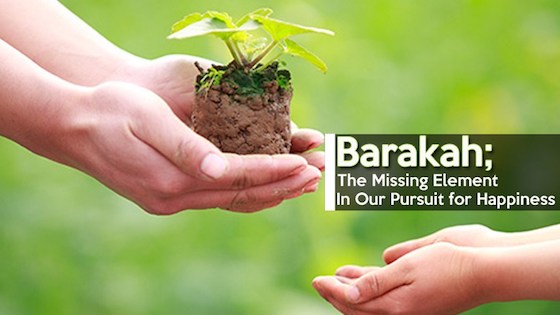 Always remember that evil cannot go back to Allah .  It cannot go beyond the skies.  Allah  says;

‘We have indeed decked the lower heaven with beauty (in) the stars,- (for beauty) and for guard against all obstinate rebellious evil spirits, (so) they should not strain their ears in the direction of the Exalted assembly but be cast away from every side’  (37:6-8)

Satan had a taste of Paradise and he also had the good experience of attaining closeness to Allah  so he knows how beautiful it is.  He would therefore have some sort of inclination to go back there.  Besides he likes to know what is going on or taking place in the heavens.  As such Allah  has protected the lower heavens from Satan and his minions.

‘but those who reject Our Signs and treat them with arrogance,- they are companions of the fire, to dwell therein (for ever)’  (7:36)

Allah  has given so many indications that He is ‘in charge’.  For example in the Qur’an a lot of chapters are named after things of nature, and this is one of the means by which we can understand the Greatness of Allah .  He showed so many signs to Pharaoh and his followers but still they took no heed.  Pharaoh never thought that Allah  was giving them signs.  And even today we see that some groups of people feel as though that they don’t need God.

About them Allah  says that they will be confined to the earth.  When Pharaoh and his followers did not take heed to the message of Moses Allah  sent His wrath upon them.  Meanwhile the Bani Israel was prospering.

One of the consequences of not submitting humbly to Allah is that such people will be denied of Allah’s blessings (barakah). He says:

Verily, those who reject Our Signs and treat them with arrogance, (for them) there will be no opening of the gates of the skies, nor will they (be able) to enter Paradise, until the camel can pass through the eye of a needle. (7:40)

It will be impossible for the materialistically inclined to penetrate the skies in order to go back to Allah .  It is reported in one commentary that when the souls of the inhabitants of hell are being taken up to the heaven the angels will block them from proceeding any further.

In our meditation there are some who can sit and actually experience paradise.  This is difficult to explain since it is outside the realm of scientific reason and logic.  Ordinary human beings can experience something of paradise.

Worry not of those who argue by saying such a thing is ‘haram, bidah or shirk’.  These things are difficult to explain because they are outside the realm of reason and logic.  It’s something that you have to experience.

If we aspire to do good Allah  will open up the skies and bestow His barakah [blessings] upon us.  Allah tells us about this in the following verse:

If the people of the town had but believed and feared Allah; We should indeed have opened out to them all kinds of blessings from the skies and the earth. But they rejected the truth, and We took them to task for their misdeeds. (7:96)

It is up to us to make an effort.  Remember everyday we must ‘hasten to ask for forgiveness from your Lord’.  Our life-span in this world is fixed and our mission is to manage it properly in order to attain maximum benefit in both the worlds.

When jihadists overran northern Mali in 2012, they destroyed thousands of ancient manuscripts in the medieval university town of Timbuktu. They demolished numerous mausoleums and…