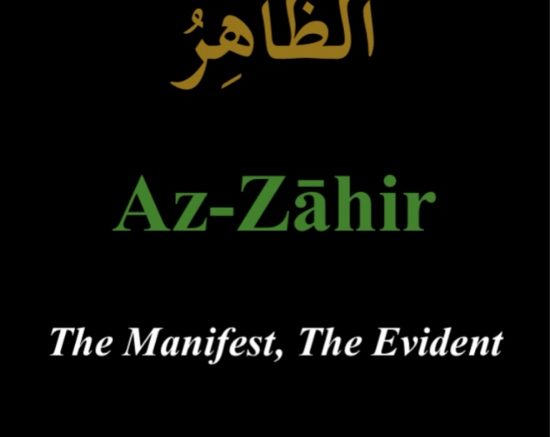 Prophet Muhammad [s.a.w.s] is reported to have said ‘There was Allah and nothing existed but Him.  He existed from eternity and there was nothing else’.

Allah is Al Zahir which means The Manifest One.  It must also be noted that Allah cannot be encompassed.  The universe cannot ‘contain Him’.  For example His Divine Throne alone is more vast than the heavens and earth combined.
‘His Throne doth extend over the heavens and the earth,’

If Allah is so Vast and Great how then He can be manifested?  How can He become apparent to us?  Allah speaks to man about understanding Him materialistically from the point of view of the created things in the universe.  He says in Surah Ikhlas;

‘And there is none co-equal or comparable unto Him’

Nothing can be likened to Him, so it is impossible to conceptualize Him.  This is why the Prophet (ﷺ), when asked by a Bedouin ‘where is Allah?’, he pointed upwards because he did not want limit and conceptualise Allah to a particular space and time in the mind of the Bedouin.

It’s difficult to conceive the Personality of The Divine.  Our limited sight cannot grasp Him as He says in His Words;

‘No vision can grasp him, but His grasp is over all vision: He is above all comprehension, yet is acquainted with all things.’

We do not posses the capacity to behold His Divine Personality.  What then does ‘The Manifest’ mean?  If you want to see Allah; firstly, you must understand that you must work hard for it.  What does ‘hard work’ necessitate?  The Prophet is reported to have said;

‘When the dwellers of Paradise will enter Paradise, someone will proclaim: ‘O Dwellers of Paradise, God wishes to fulfil what He promised you’.  The companions asked: ‘What is that promise? Has He not filled up our Balance?  Has He not brightened our faces and admitted us in the Garden?  Has He not saved us from hell?’  At that time, the screen will be lifted and they will be gazing at the Glorious Lord.  Nothing will be dearer to them at that time than His sight.  This is the greatest reward.  At that time they will forget every enjoyment and happiness.  There is no limit to this happiness and no example.’

If you remember the women at the time of Prophet Joseph; they were so amazed and intoxicated with the sight of his flawless beauty; that they cut their hands in the process of cutting their meat; while simultaneously looking at Joseph.  And this was a finite being, what about beholding the beautiful Countenance of Allah.

So, in order to access this blessing you must firstly be among the inhabitants of paradise.  It is not mentioned in the Qur’an or the ahadith whether Allah will remove the veils between Himself and His servants during the actual judgment process.  It is only mentioned that it would occur at the Celestial stage.

This is indeed the pinnacle of all blessings.  The inhabitants of paradise will be lost away in the process of gazing at the grandeur of Allah.  Nothing else will be of concern and value to them except the beauty of The Lord.

Look at what the little good you do in this world can bring you.  Allah has reserved this special blessing for His righteous slaves.  Keep persevering and one day, Insha Allah, we will have this blessed opportunity to witness the Divine Personality.  Prepare and work towards being on of the blessed ones.  All the trials and tribulations you face in this world; look at the end result it can bring if you act in appropriate manner.

We beg Allah to enable us to conduct ourselves in a manner that would qualify us all to be among the blessed and fortunate ones that will have the inequitable reward of beholding the Divine Countenance of the Most Merciful One.

Be the first to comment on "Al Zahir – The Manifest One" 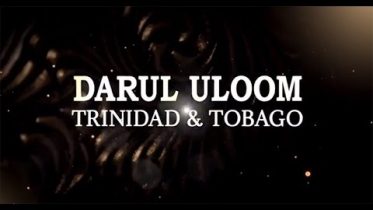