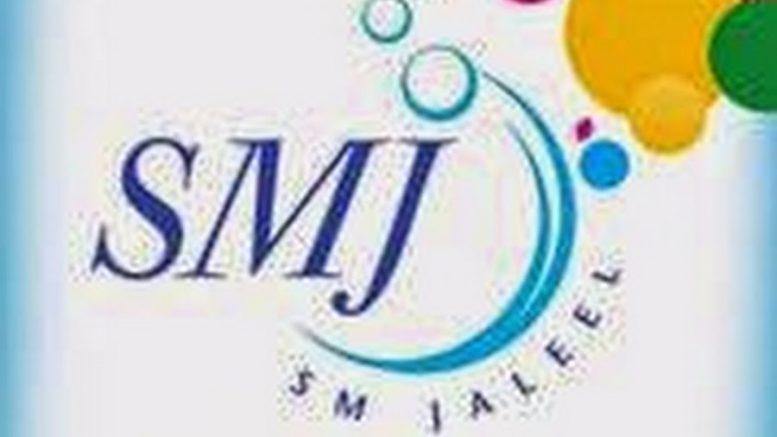 In the early days, when goods were still transported by horse and cart, a young man with a purpose and determination decided to make his vision a reality. He worked his way up the ladder from a mere factory worker to become the pioneer of the soft drink industry in Trinidad and Tobago. It was the year 1924 and the man was Sheik Mohammed Jaleel.

Today, 84 years later, his grandsons, Mr. Jinnah, Mr. Hassan Mohammed (departed this life on November 30th, 2009 in Miami. Inna lillahi wa inna ilahi rajioon (from God we come and to Him we return– editor’s note) and Dr Aleem Mohammed, the chairman, are the directors of what has become the leading soft drink company in Trinidad and Tobago.

Initially the soft drink factory started off from premises at the Corner of Keate and Murcurapo Streets, San Fernando.

Sheik Mohammed Jaleel started as an employee in this factory. His hard work eventually made it possible for him to purchase the business from its owners.

The factory was then moved to under Mohammed’s home at 7 Prince Alfred Street (now Murcurapo Street), San Fernando. Its first product was called “Jaleel Beverages”.

Just before the outbreak of the Second World War, around 1939, the company produced its first soft drink, which was named “Wonder Beverage”.

It was around that time too that Joe Louis, the then internationally acclaimed World heavyweight boxer, was brought to Trinidad by S M Jaleel. The famous “Joe Louis Punch” was named after him. The brand “Red Spot’ was added in 1950 and “Dixi Cola” in 1968.

In those days, the production of soft drinks was a manual but very innovative operation.

A dosage of syrup was put into each bottle, which was then filled with carbonated water and sealed with a marble.

The plant then produced about 90 cases per hour. These were the days when sweet drinks were sold for 24¢ per case.

In 1950, after the end of the Second World War, S M Jaleel purchased an automated line with rinsers, conveyors, carbonator and a 20-head CEM Crown Cork and Seal Filler. At this time, the fleet of distribution trucks were ten in number.

It was already becoming clear that this company would play a leading role in the business world, for in September 1959, it expanded its operations to Grenada by establishing a soft drink plant headed by one of the sons of Mr. S M Jaleel, Mr. Zaid Jaleel.

From insolvency to market dominance

The decline of sales of S M Jaleel began in the late 1960s and became progressively worse with the passage of time, until 1974, when the market share, due to keen competition, lack of modern equipment and dynamic management dropped to less than one percent.

At this point in time, Mr. S M Jaleel took a conscious decision to sell the factory, since none of his sons showed any serious interest in continuing the Trinidad business.

Offers to buy the plant were made but these were ridiculously low.

However, Salaha Mohammed, daughter of S M Jaleel, refused to concede as she strongly felt that the family tradition and name that her father had spent a lifetime building should not be lost.

Her husband, Mr. Shaffikool Mohammed, agreed to her wishes and purchased the plant for the initially requested sum. By this time the fixed assets of the company were limited to one truck, an obsolete plant and equipment producing a mere 30 cases per day.

During the period 1974 to 1979 Mrs. Ruby Sampath, another daughter of the company’s founder, along with Mr. Steve Rahamat, another family member, assisted in running the business.

Hassan Mohammed, current managing director, who was a teacher at ASJA Boys’ College at the time, helped out on evenings and vacation time.

Together they revived the Jaleel dream, bringing the business up to 400 cases per day.

After the death of S M Jaleel, Salaha Mohammed became even more determined to keep her father’s legacy going and as such, in 1979 whilst working part time at San Fernando General Hospital and in private practice, she asked her son, Dr. Aleem Mohammed, to join the business. He did not hesitate and the journey of the company as we know it today began.

Dr. Mohammed knew nothing about the soft drink business, but consulted with his uncle, Zaid Jaleel, who was living in Grenada at the time and who had experience in the soft drink industry.

At night, after working at the hospital, Mohammed literally taught himself how to run a business by reading various books on manufacturing, marketing, finance and distribution. He worked at the plant in San Fernando from 1979 to 1980 and was, during this time, appointed chairman of the company.

When the decision was taken in 1979 to revive S M Jaleel & Co Ltd, after a decade of decline, it meant taking a dying business and breathing new life into it, as well as assuming a new ideology and outlook, if the company was to become a serious player in the soft drink business.

In 1981, another exodus took place. S M Jaleel moved from its original site, under the house in San Fernando, to the plant where it currently stands.

With the help of Development Finance Corporation and Shaffikool Mohammed, one of Jaleel’s sons, who mortgaged his own home, an investment was made in a new plant, with state of the art technology including a modern can filling line.

The new plant was completed in six months, when it ordinarily would have taken 18, and the new S M Jaleel went into business towards the last quarter of 1981.

Quick commissioning of the new plant, aggressive marketing and astute corporate planning brought the company to a primary position in the soft-drink market within two years. In that time the company’s share of the local soft-drink market moved from one percent to 30 percent.

S M Jaleel has always been an export-oriented company and, from as early as 1983, its products were exported to Jamaica. In the late ’80s the company was presented with the Prime Minister’s Award for Quality and in 1990 the South Trinidad Chamber of Commerce Award for Exports.

Shareholders and directors of the company, Shaffikool and Salaha Mohammed and their three sons are devout Muslims with a strong and abiding faith in God. This faith has provided the inspiration for success. S M Jaleel believes in the qualities of truth, honesty and fair play and is guided by these principles.

Today, the founder’s dream has come true. The business did not die, and Sheik Mohammed Jaleel’s name is now emblazoned across the Caribbean and the metropolitan cities of the world.

Be the first to comment on "Sheik Mohammed Jaleel" 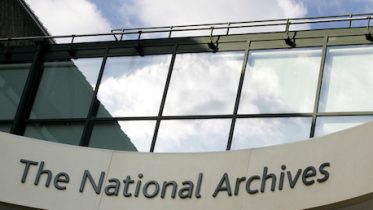