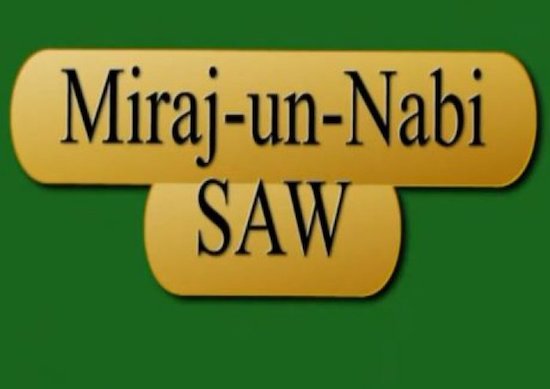 The following is the transcript of a lecture delivered by Maulana Dr. Waffie Mohammed on the auspicious occasion of Mir’aj; at ASJA’s Mir’aj un Nabi celebration held on 01.07.2011

The ascension of Prophet Muhammad (ﷺ s.a.w.s) holds great lessons for us.  It shows us the importance of his mission, the relationship between him and his Lord and the connection he has with his followers.

Prophet  is reported to have said;
‘When the dwellers of Paradise will enter Paradise, someone will proclaim: ‘O Dwellers of Paradise, God wishes to fulfil what He promised you’.  The companions asked: ‘What is that promise? Has He not filled up our Balance?  Has He not brightened our faces and admitted us in the Garden?  Has He not saved us from hell?’  At that time, the screen will be lifted and they will be gazing at the Glorious Lord.  Nothing will be dearer to them at that time than His sight.  This is the greatest reward.  At that time they will forget every enjoyment and happiness.  There is no limit to this happiness and no example.’

The dwellers of Paradise will be in such awe and amazement, more than what was experienced when the women of Joseph (as) saw him for the first time and unconsciously cut their palms.

Why make mention of this?  The understanding is that we will only be blessed with the vision of Allah  when we are firstly purified, forgiven all our sins and placed in a special place.  Only then will we be qualified to gain access to this great blessing.

On the other hand the Mir’aj showed us that Prophet  had qualified himself here in this material world where he was absolutely pure and clean.  So much so that upon the invitation of Allah  he was able to visit Him up there and have divine audience with Him.  He had no kind of impurities and all he lived for was to show the people how to connect themselves to Allah  and how to remove all the material trappings of this world.

We know Allah  says in His Holy Words; ‘He moves between a man’s heart and chest’.  Why then was it necessary to physically take up Prophet ?  On one hand the Mir’aj demonstrated the Greatness of Allah  and on the other hand the importance of Prophet Muhammad (s.a.w.s) .

There is a verse in the Qur’an in which Allah  says ‘No vision can grasp Him but He sees everything’ (6:103).  Again we see when Moses (as) requested to see Allah  he was told by His Lord “You cannot see me”.   Ayesha is also reported to have said “Anyone who says that he saw Allah is a liar.”

In this dimension of space and time we have some shortcomings.  For example when Prophet  saw angel Jibreel for the first time his personality was far greater than the skies, hence wherever in the sky Prophet  looked he saw Jibreel.  He was only able to realize the true personality of Jibreel when he was outside this dimension of space and time; which was accomplished on the night of the Mir’aj.

You cannot see Allah  with your naked eyes.  Instead you have to be in a proper state of purity and only then, as when insha Allah you’ll go to Paradise.  But Prophet Muhammad  was in this physical dimension and his personality was so cultivated that matters of the unseen were known to him and also Allah  wanted to show the status of Prophet  and His Greatness.

Understand that Prophet  is truly special.  He is reported to have said “I was a Prophet while Adam was still between water and clay”.  The first thing that Allah  created was the light of Prophet Muhammad  (Nur-i-Muhammad).  His soul was from the command of Allah , not a part of Him.  And every other soul came from his light.  This is the connection we all have with him.  In the night of the Mir’aj it was proven that Prophet  has the highest status in creation.  He was able to go higher then even angel Jibreel.  He even went further than the Lote tree, the pen and tablet; to a point where there was nothing between him and His Lord.

Allah  says in Surah Ahzab;
Truly, We did offer Al? Amanah (The Trust) to the heavens and the earth, and the mountains, but they declined to bear it and were afraid of it but man bore it.  Verily, He was unjust (to himself) and ignorant (of its results).  (33:72)

‘The Trust’ is sacred mission entrusted to man.  Allah  gave man that spark of light which is non-physical, the soul (ruh) to keep it pure, clean and shinning and to spread it throughout the earth.  He has however not left us alone.  He is connected to all believers, not physically but through the Prophet .  He says in His Holy Words;

‘Verily Allah and His angels send blessings on the Prophet: O ye that believe! send ye blessings on him, and salute Him with all respect.”

“He it is who Sends salaat on you, As do His angels, that He may bring you out from the depths of darkness into Light: and He is full of Mercy to the believers.”

Allah  wants us to keep our light bright and shinning and He has made His Beloved our model.  On one hand He took him up on the night of the Mir’aj and connected the light and sent him back to earth to spread the light; and this is possible why he is called  ‘Rahmatul Lil Alameen’ – mercy to the worlds.

This is why we are special.  Our mission is to receive the blessings from Allah  and demonstrate that we are all ‘Sirajum Munirah’ – a lamp that gives light.  We get our connection from Prophet  who is in turn connected to The Source.  And when one practices Tassawuf he can gain connection through the Mashaeikhs and Prophet ; and if Allah  wills you can have ‘religious experiences’.

And Allah  makes mention of these categories of people in His Holy Words; ‘Allah bears witness to the fact that there is no god but He, and the Angels and those who are endued with knowledge, also bear witness to this fact. (3:18)

Prophet Muhammad  was not a ‘postman’ as some believe.  He has an important role even up to present time.  Allah  strengthens this in Surah Baqarah; “and say not of those who are slain in the way of Allah “they are dead.”  Nay, They are living, though ye perceive (it) not”.  He demonstrated this on the night of Mir’aj when all the Messengers gathered in Masjid ul Aqsa to pray behind Prophet Muhammad .  To understand these things using scientific reason and logic is impossible.

Our success in life depends on our outcome in the next.  If we are blessed to enter Paradise it means our life in this world was a success.  On that Day Allah  says that ‘their salutation on the Day they meet Him will be “Peace!”; and He has prepared for them ‘a generous reward’ (33:44).  The Believers will greet Allah  and He will return the greeting.

Just like the greeting between Prophet  and Allah  on the night of the Mir’aj.  This great occasion has been preserved for us in the form of the Attahiyat in our Salaat.

What we are seeing is that the Mir’aj is more than just a trip.  It was an expression of the Greatness of Allah  by causing a ‘lump of mud’ to become so refine and spirituality uplifted to the extent where he returned to meet and converse with his Lord; and preserved it for his followers.  For example each posture we perform in Salaat Prophet  saw angels performing a particular posture in each level of heaven.

Allah  has given us a small eye-opener.  Understand that life is a process of coming and going; ups and downs.  Prophet Muhammad  went through immense hardships before the event of the Mir’aj.  He lost people who were close and supportive of him, he was continuously ill treated and finding little success in carrying out his mission.

Always remember if you want to get close to Allah  you’ll have to be by yourself.  The event of the Mir’aj has shown us that only good will return to Allah .  Therefore it’s imperative that we hold fast to what Allah  says in Surah An’am; ‘It is those who believe and do not clothe up their beliefs with wrong – that are (truly) in security, for they are on (right) guidance.’

We can create problems for ourselves by clothing up our iman with wrong.  The Mir’aj has shown us the status of Prophet Muhammad  by highlighting the achievement attained in this physical life.  He has the blessing of physically returning to his Lord.  He is our exemplar and out of wisdom his Sunnah was preserved.

As Muslims we are taught to pray;
‘Our Lord! perfect our light for us, and grant us forgiveness: for Thou hast power over all things.’

We are expected to cause the light to spread to every cell of our body and one important way of attaining this is by abstaining from impurities.  Every time you indulge in impurity your spark of light is prevented from spreading to other parts of your body.

Prophet Muhammad ﷺ has shown that the spark of light can illuminate the body because in is recorded in many narrations that his physical self was much brighter and beautiful than the full moon.  How bright are you?  Are we making sufficient effort to uphold the Sunnah?  Do you think your spark of light is permeating the cells of your body?  Mir’aj shows us that the material became so perfect that he was taken right up to his Lord.

Strive to grow your light.  It’s not easy it takes a lot of effort, patience and charity.  Never forget that you are special in the sight of Allah .  He is so desirous of us to get closer to Him that He says if we walk to Him, He runs to us.

May Allah forgive us, enlighten us and cause us to understand more the true status of Prophet .  May He encourage us to perfect our light and make the journey back to Him successful, insha Allah. 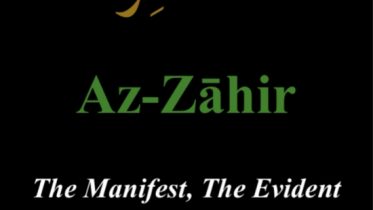 Prophet Muhammad [s.a.w.s] is reported to have said ‘There was Allah and nothing existed but Him.  He existed from eternity and there was nothing else’….