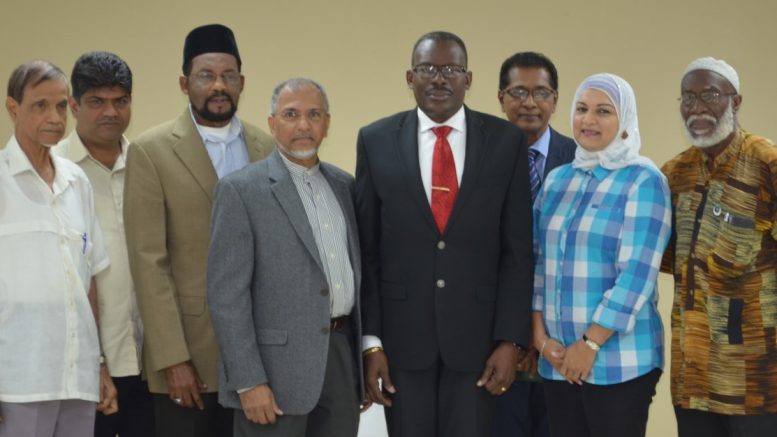 Meeting with National Security and US Embassy

The Trinidad Guardian reports that:

Government yesterday called on representatives of certain local Muslims organisations to share information and assist in identifying potential terrorist recruiters and those going abroad to participate in conflicts.

National Security Minister Edmund Dillon sent the message yesterday as he convened a round-table representing “most of the Islamic organisations in T&T,” the ministry stated.

“This latest collaboration will assist Government to chart a way forward, to treat with issues pertaining to terrorism and terrorist activities in a co-operative and collaborative manner,” Dillon said.

He said the initiative also involves the US government.

Present at yesterday’s meeting was US Embassy deputy chief of Mission Dexter Payne.

The ministry said other faith-based organisations will be included in future round-table discussions.

The Jamaat Al Muslimeen and several other Muslim groups were not invited – a situation which Jamaat leader Yasin Abu Bakr and others protested yesterday. Bakr and some of those groups last Sunday announced they would challenge Government’s recently proposed anti-terrorism law.

Contacted on the issue, Bakr said, “Since I wasn’t invited (round-table) I’m not obliged to follow anything they discussed. I have more members than the groups who met the ministry – I represent thousands here, yet this disrespect always happens.”

The convening of yesterday’s Muslim Round-table follows “several months” of talks the ministry has had with the community, the ministry stated.

Last August, after the T&T Guardian confirmed 120 nationals had gone overseas to join the ISIS terror network, Dillon promised to meet with members of the Muslim community to ascertain why people were doing so. Last week, Dillon confirmed the number of those involved in terrorist activities overseas was 130.

At yesterday’s meeting, the ministry said Dillon stressed the need for heightened awareness among members of the Muslim community – as with all communities – and urged people to share information if they suspect nefarious activities in their community.

Dillon “challenged leaders to assist in the identification of potential terrorist recruiters” and those who choose to enter into areas affected by conflict. He underscored the “importance of the positive voices in treating with crime and criminality.”

He also urged the leaders to encourage their organisations to speak with “a united positive voice whilst taking action to root out and displace the criminal elements.” He reiterated that people leaving Trinidad to enter areas of conflict are a minority and underscored that the vast majority of the local Muslim population are law-abiding citizens.

Dillon commended the leaders for their willingness to collaborate with Government in countering the threat of terrorism.

The ministry said Hafeez Khan (National Islamic Counselling Services), who led the delegation, expressed concerns about the negative image being conveyed in the local and international domains about T&T and the Muslim community.

In addressing this, Khan said the community is “committed as a collective body to self-regulation, as well as working with the Government in support of countering the threat of terrorism including the exchange of critical information.”

The US delegation agreed to provide research data to the ministry, including identifying possible causes that attract locals to conflict zones abroad.

Subsequent meetings will focus on building the relationship between the Government and Muslim communities, the ministry stated.

… Some Muslims against round-table

While Muslim attorney Nafeesa Mohammed wasn’t invited to yesterday’s meeting, she was pleased the community was beginning to “coalesce to sort out issues affecting the community. I’ve consistently pleaded for the community to get its act together and have meaningful dialogue.”

But Islamic Missionaries Guild head Imtiaz Mohammed, who wasn’t invited, said, “The US Embassy is using this forum to get intelligence on the Muslim community.

“The Muslim groups attending don’t have a proper feel for the community, how can they give information to assist Government?”

Independent masjids – from Valsayn, Enterprise, other Central areas and Rio Claro – were not invited either.

Islamic Front leader Umar Abdullah added, “I’d give Government the benefit of the doubt, they will eventually speak to everybody, but if someone who’s always called for discussions isn’t invited, how will they get proper information?

“The groups which were invited don’t know what’s going on and if the (ministry) didn’t have Imam Bakr, myself and other heads from the mosques in Central, Rio Claro and elsewhere, they won’t be properly informed. I have no problem speaking to the US and putting them on the proper path.”

After T&T recently became the point of increased international media scrutiny on nationals who had joined terrorist activities overseas, a New York Times reporter has been in T&T tracking who’s gone to ISIS and why.

Dillon met with the reporter earlier in the week. Following his meeting with Muslim groups yesterday, he also met with a representative of the Atlantic magazine, which featured articles on the matter. 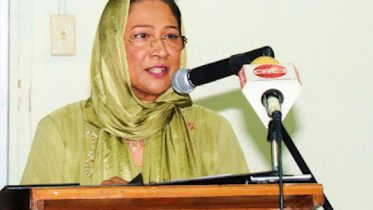 Text of Trinidad and Tobago’s PM Kamla Persad-Bissesar delivered at TML: “Thank you very much for inviting me , and for the opportunity to be…