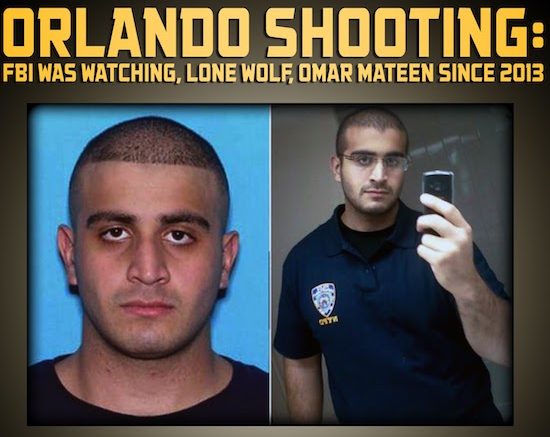 It seems like I have a “fan”. My column attracts a critic who of late regularly posts his opinion on my offerings. I welcome all comments, positive or negative; it makes writing worthwhile.

Once again this week, I have been diverted from my desire to write on a specific topic. I had hoped to highlight a positive action carried out in my neighborhood by residents who were literally up to our necks in garbage and were observing the rodents making hay while the sun shone.

After more than two weeks of no garbage collection and having no response from the Sanitation Service Authority (SSA), residents got together and paid a private hauler to take the garbage away. A great story of teamwork.

Interestingly enough, the MP for the area got wind of our action and miraculously got some trucks dispatched the day after to clean up whatever garbage was left. Oddly, National Conservation Commission’s trucks and not SSA’s.

I have chosen instead to focus my attention on the very tragic and horrendous event that transpired in Orlando, Miami, United States. My choice in doing so is prompted in part by my friend and former schoolmate Peter Wickham who, in his column in the Sunday Sun of June 19, chose to elaborate his views.

I admire Peter for seeking out the Islamic viewpoint on the subject before writing. I am also prompted in a small way by my “critic” who in response to my column last week commented and asked: “What about the atrocity in Orlando? Is that building bridges? . . . . What do New Barbadians think about this? Do they agree? This is more important than nonsense about Muhammad Ali.”

There is no doubt in my mind –– and in the minds of millions of Muslims across the globe –– that the horrendous act of killing people in a gay nightclub by Omar Mateen was absolutely wrong and unjustified. Islamic organizations, groups, communities, scholars, commentators and individuals have come out publicly and all condemned this atrocity.

Why did they see the need to come out? Because, first and foremost, it was wrong; but also because it was widely reported that a “Muslim” carried out the act. Immediately as news broke of the tragedy, a link was made to “ISIS”, “self-radicalization”, “Islam-inspired”, and all the other popular buzzwords that follow whenever a “Muslim” does such evils.

Such linkages no doubt serve to empower and embolden the likes of Donald Trump who saw it fit at the time of the tragedy to thank his followers for congratulating him on his stance of barring Muslims from entering the United States.

However, as the days passed, the real picture of Mateen emerged. The United States authorities found no proof of any links to ISIS or radicalism. In fact, Mateen was no more an ISIS operative as was the reported unstable passenger on that Air Canada flight to Barbados who allegedly mumbled something about ISIS during the flight –– which created a very scary situation for the passengers.

It was reported that Mateen himself was a frequent visitor to the same club, ending up drunk, angry and having to be escorted out.

For me, the damage is done, the link made; and no amount of arguing otherwise will dissipate the narrative that Islam promotes such horrific actions. This narrative has gained much traction and is fed by those with an agenda, each gruesome act by a so-called Muslim more heinous than the one before.

Yet, this narrative completely ignores the countless other atrocities carried out by evil-minded persons of all backgrounds and creeds. Instead, these are persons considered not of sound mind, unstable, berserk.

Less than a week after the tragic events in Orlando, Tommy Mair walked up to Labour MP Jo Cox in Britain and shot and stabbed her several times. Ms Cox was the first sitting MP in Britain to be killed while in office since 1990.

Mair is reported to have shouted “Britain First”, the name of a far-right political party.  How does the media describe this killer, a known supporter of the far-right ideology? Let me quote: “The man being held in connection with the death of MP Jo Cox has been named as Thomas Mair, who was described as a ‘loner’ with a history of mental health problems who had previously subscribed to a far-right magazine.”

Peter Wickham understands this point, and for this I give him credit. However, he chooses to concur with another feature of the narrative that suggests such behaviours are driven in part by an internalized homophobia which is fed by Islamic teachings.

Peter, I understand, has that thinking about all religions –– not just Islam; so he is not bias in that respect. The lenses through which he see such situations are those of an avowed atheist; so I understand his held notion that religious ideology strongly feeds into the psyche of such individuals.

For Peter, Mateen’s condition was as a result of Islam’s abhorrence of homosexuality. For many like Peter, the psychological state of Mateen doesn’t take precedent. He was Muslim, and Islam dictated his actions . . . . That is the explanation for what happened in Orlando.

That argument is the simple way out of these complex tragic occurrences. It does not at all do justice to the victims of the crime, nor the wider community that suffers
as a result. Nor does it help in preventing the next tragedy.

If this is the explanation for Orlando, what is that for Christopher Sean Harper-Mercer, an avowed anti-religionist who carried out the deadly attack at Umpqua Community College in Oregon, killing nine of his classmates in 2015?

Harper-Mercer is reported to have said and done the following.

“Are you a Christian?” he asked them. “If you are a Christian, then stand up.”

On their standing, he said: “Because you are a Christian, you’re going to see God in about one second.”

And then he shot and killed them.

Peter ends his column by raising the question of the utility of Islam. As a pollster, Peter knows better than I do of the value of numbers. His notoriety and fame have certainly come from his polls.

So when he asks about the utility of Islam, and indeed the utility of any faith, I urge him to rely on his training and acknowledge that the greater percentage is the deciding factor on what determines the outcome. How does the majority of the almost two billion Muslims in the world behave?

Has their faith made them better citizens of this world, or has their faith caused them all to be killers? Does Mateen represent the actions of the majority of Muslims?

One week before the tragedy in Orlando, the world, literally, buried the Champ Muhammad Ali. His virtuous and exemplary lifestyle was extolled by persons of all walks of life, of all nationalities and all creeds. To what cause did Muhammad Ali credit his success, his fame and his glory?

Everything I do now, I do to please Allah . . . . I conquered the world, and it didn’t bring me happiness. The only true satisfaction comes from honouring and worshipping God . . . . Being a true Muslim is the most important thing in the world to me.

That, Peter, is the utility of Islam.

First published in Barbados Today accessed at this link

Islamic History and Muslims According to Abdullah Abdul Raheem; there are  very small Muslim community (150-200 ) in St Lucia. The community is made up…