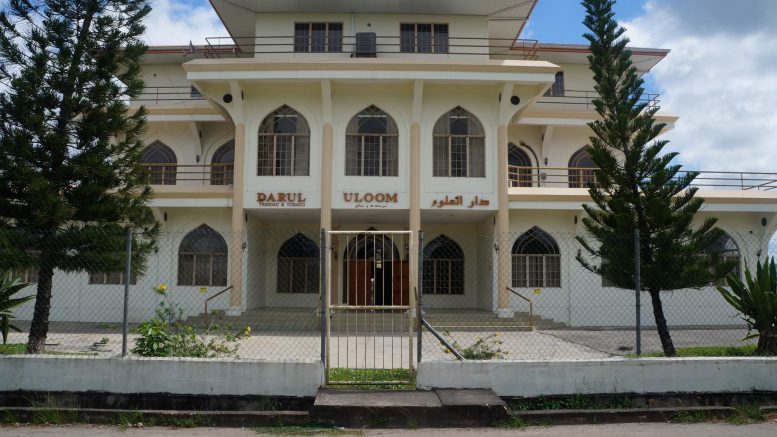 Thirteen of the fifteen persons arrested in the alleged plot to disrupt Carnival (Mas) celebrations have been released without charge, the remaining two were charged with having a component of a firearm.

Police had conducted searches at the Nur-E-Islam Masjid in San Juan, as well as private residences at Mohammedville and Mustapha Lane in El Socorro, San Juan.

On Saturday February 10, acting Police Commissioner Stephen Williams announced that three more suspects had been held, bringing the total number of those detained to seven.

On Monday February 12, the masjid and administration building of the Darul Uloom Islamic school were searched.  In a statement posted on Facebook Mufti Waseem Khan, Principal of the Institute stated “Reports are being circulated that Police Officers raided the Darul Uloom today (Monday 12th February).

We wish to inform the Muslims and the public that the officers did not ‘raid’ the Darul Uloom. The Officers came to the compound in a professional manner and met with an Admin member, and said that they wanted to conduct a security check of the compound.

Our members then accompanied them to the areas they wanted to check. They conducted the search on only two buildings (the masjid and the Admin building) in a peaceful and good manner without harshness and hostility.

They thanked the Darul Uloom for cooperating with them in the search and then left. They did not show any disrespect to the masjid and the school and conducted themselves in a professional manner.”

Eventually, 15 people in all were detained for questioning in connection with the threat to disrupt Carnival celebrations.

Between Wednesday February 14 and 15, five of the suspects were released. The released were Tariq Mohammed, Fawaz Ali, Clint Rivers, Kersen Mohammed and Imam Lennox Agard.

On Friday, February 16, all except two were released. Among those released were Mustapha Khan, Muhammad Salaam, Imam Yasin, Ishmael Mohmmed and Shaheed Rahim

The only two to be charged were Adil Mansano and Alisha Thomas, who were charged with possession of a firearm.

Additionally Attorney Nafeesa Mohammed a former Deputy Political Leader of the ruling People’s National Movement may have now been relieved of her portfolio as one of the Prime Minister’s senior legal advisors adjusted following a post she made to Facebook.  The post which has since been deleted reportedly mentioned allegations of a cabal within the ruling People’s National Movement which may be pushing an anti-Islamic agenda for political gain.  Nafeesa is related to Tariq Mohammed who was held and eventually released in connection with the terrorist threat to disrupt Carnival.  As a loyal and devoted campaigner for the PNM in prior elections this could be a blow to the ruling party to break with this connection to the Muslim Communities of T & T.

Investigation Far From Complete Or Closed

Out of the 15 people detained in connection with the alleged plot to disrupt the 2018 Carnival festivities, the majority were released mainly due to writs of habeas corpus filed.

But a senior police official said yesterday the case was from from complete or closed.

“Being released due to such a writ doesn’t mean you’re home free,” a senior police official noted.

Officials – as well as attorneys for some detainees – confirmed that laptops, phones and other items were seized by police and kept.

Prime Minister Dr Keith Rowley said he continues to be convinced T&T faced a credible threat.  On why people detained during recent investigations were released if the threat was credible, Rowley added: “That’s a matter of and for law enforcement. However, to say that the fact they’ve been released or nothing happened is proof that nothing could have happened is pure folly.”

Government is bracing for a barrage of lawsuits by those who were detained in relation to an alleged terrorist plot targeting recently concluded 2018 Carnival celebrations, Attorney General Faris Al-Rawi admitted yesterday.

He made the comment as he reporters that several of the persons who were recently released between Wednesday and yesterday without being charged by the police had signalled their intention to sue the State.

Despite this Al-Rawi defended the actions on the police in the ongoing exercises.

“Law enforcement was well within their rights to take action as they see fit to detain, release and charge people, all of which has happened. So the position of what is to come next … there is due process in this country. Everyone is entitled to approach the courts,” the AG said. 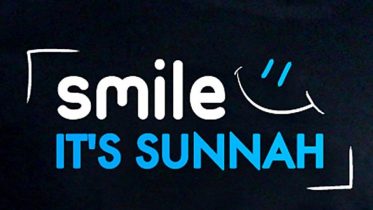 In the name of God, the most Gracious, Most Merciful. The recent arrest in New York of Faisal Shahzad raises the scepter of fear and…