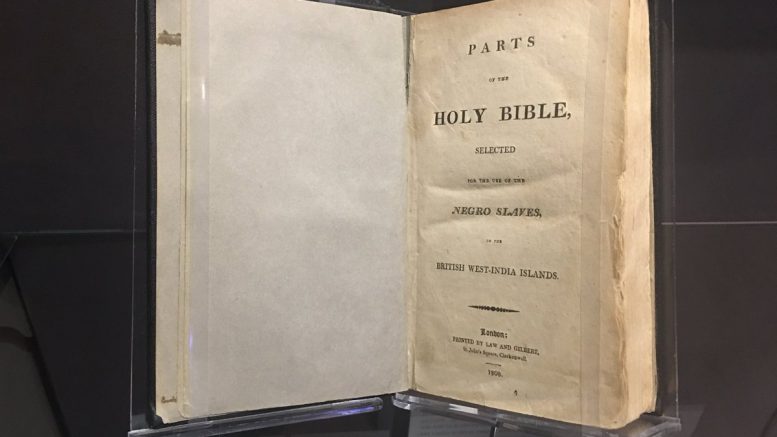 Parts of the Holy Bible, Selected for the Use of the Negro Slaves (AKA "Slave Bible") 1808. at Museum of The Bible

Here Are the Parts That Were Deleted to Manipulate Slaves

For centuries, the Bible has been used to spread a message of freedom in Christ.  But at some point, it was used for much darker purpose.

In Washington DC’s Museum of the Bible, a copy of the so-called “Slave Bible” sits on display.  This Bible, used by slave masters in the early 1800s, is quite different than the one used in pews today.

“The biggest thing is what it’s missing. The typical King James has 66 books, this one contains, in the Old Testament all or the parts of about 14 books,” explains Anthony Schmidt, PhD, Associate Curator of Bible and Religion in America.

Bibles like this, along with catechisms, were used to push a specific message to enslaved people.

“It starts off with the creation story…then it jumps to Joseph getting sold into slavery by his brothers and how that ends up being a good thing for him,” Schmidt told CBN News.

“We skip over the Israelites in slavery in Egypt being let out,” said Schmidt.

Other references to freedom were also omitted.

“They’re highlighting themes of being submissive, the same thing goes on with the New Testament as well,” he said.

“The whole book of Revelation is left out, so there is no new Kingdom, no new world, nothing to look forward to,” Schmidt explained. 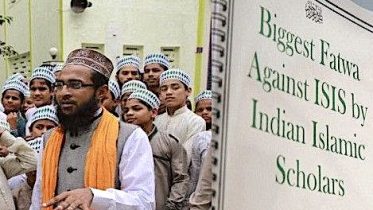