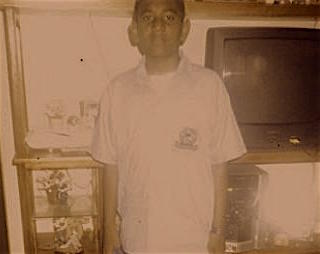 THE BODY of Aleem Ali, a 15-year-old schoolboy who has been missing since Monday, was found on Wednesday afternoon in bushes at Upper St Michael Road, Tacarigua. The body which was badly burnt was discovered at about 4 pm by forest rangers and bore several chop wounds.

Ali, a Form Four student of the Five Rivers Junior Secondary School was last seen alive by his mother Waheeda on Monday.

Waheeda, an employee at the canteen at the same school her son attended, saw him at about 2.10 pm on Monday, when she left to return home leaving him to return home later. When he failed to return home, checks were made but Ali was not found.

A missing person report was lodged at the Arouca Police Station and frantic checks were made for Ali, but without locating him.

His father Wasir Ali, who had been in New York for the past four months was informed of his son’s disappearance and he immediately returned to the country to join in the search. Worried relatives went to various media houses to report their concerns. Yesterday, the Ali family went to the Forensic Science Centre where they identified the body.

Investigators told Newsday that Ali had complained to his family of being beaten by other students and his money was often stolen from him.

He also feared that his life was in danger. Police believe that he was lured to his death.

They believe that he was chopped to death and his killers then set his body on fire. Police said they intend to question some schoolboys who may have information about Ali’s murder.

Yesterday, at the Seecharan Street, Tacarigua home of the Ali’s, his mother Waheeda was comforted by relatives as Islamic prayers were being recited.

Tyron Ali, the boy’s grandmother said that evil was stalking the land and she called on members of the public to force the Government and the authorities to do something about the crime in the country.

She said that her grandson did not deserve to have his life snatched away from him .

As she spoke about her grandson, tears streamed down her face. Investigations are continuing.

Be the first to comment on "Muslim Teenager Killed" 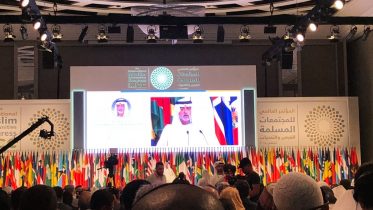