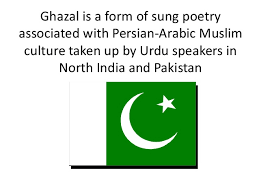 Music continued to flourish in medieval India in spite of the acquisition of political power by the Turks, Afghans and Mughals.  It was patronized and thrived at the imperial courts of Muslim kings in Delhi and Agra and at the centers of provincial kingdoms like the Sharqui kingdom of Jaunpur, the Khilji kingdom of Malwa and the Bahmani kingdom of Bijapur and Golcunda.

In his memoirs Babur, the founder of the Mughal dynasty, has named several leading musicians of his time including Sheikh Ghuran, Sheikh Adhan, Khawaja Abdullah Marwareed, Sheikh Nai, Sheikh Quli, Ghulam Saadi, Meer Anju and many others. It is believed that the renowned musician Baiju Bawra was among the musicians in Humayun’s court.

In the reign of Akbar there were many immortal musicians like Mian Tansen, Sujan Khan, Tantarang Khan, Bilas Khan, Baaz Bahadur, and Pirzada Khurasan. During this period some well known ragas such as Darbari Kanhra, Jogia, Mian-ki-Malhar, Mian-ki-Todi, Mian-ki-Sarang were introduced by Tansen. Similarly Nayak Bakshoo, a musician of the court of Raja Mansingh of Gwalior created many ragas like Bahaduri Todi, Nayaki Kanhra, Nayaki Kalyan, etc.

The Sufis from the countries of Central Asia who started coming to India with the establishment of the Muslim rule in North India in the eleventh century made a major contribution to the growth of musical institutions in India. Music played a central role in all of their congregations. They skillfully blended the Arab and Persian styles with Hindustani music and utilized it as a medium of communication for their messages of moral and spiritual uplift for the common man.

Among a number of Sufi sects in India the contribution of two sects, the Chishtis and the Suhrawardis is most noteworthy. The contribution of Hadrat Nizamuddin’s disciple Amir Khusru is only too well known. He broke away from the old traditions and introduced new forms such as Qaul, Qawwali, Qalbana, Naqsh-e-gul and Nigar. Khusru is said to have created about twelve new melodies, among which are Zilaf, Muafiq, Ghanam, Farghana, Zangula and Sarpada. In the court of Jalaluddin Khilji the ghazals of Khusru were regularly recited by the famous musicians.

Several new musical forms were developed during the medieval Muslim period. Two of the most outstanding forms are Dhrupad and Khayal, which are still dominant in today’s Indian music. The beginning of Dhrupad occurred in the thirteenth century and it reached the zenith of its popularity in the seventeenth and eighteenth centuries. Two renowned books of the era Ain-e-Akbari and Raga-Darpan state that most of the musicians of that time were Muslims. Kitaab-e-Nauras written by Ibrahim Ali Shah the ruler of Bijapur also mentions the popularity of Dhrupad as far as Deccan. Today the well known Dagar family is continuing to uphold the traditions of Dhrupad.

On the other hand the genesis of Khayal can be traced to the eighth century. The old musical forms of Khayal were influenced by Qaul and Qawwali. Sultan Hussain Sharuqui, the ruler of Jaunpur took keen interest in the development and popularization of this style. In the Mughal court of Mohammad Shah Rangeela his court musicians Niamat Khan and Feroz Khan composed hundreds of Khayals with a high degree of perfection. A large number of Muslim musicians were accomplished Khayal singers in the medieval period.

Another contribution of the Muslim musicians has been the establishment of the Gharana system starting in the eighteenth century. Several such Gharanas have flourished in various parts of the country. Among some of the prominent Gharanas are those of Gwalior, Agra, Jaipur, Kirana and Delhi. The Gharanas specially emphasized disciplined singing or playing an instrument according to the traditional style established by an extraordinary musician.

Among other musical forms Tarana, Thumri and Tappa are also popular styles which developed through the synthesis of the indigenous Indian music with influences brought in by the Muslims. The origin of Tarana is associated with Amir Khusru whereas Nawab Wajid Ali Shah is credited as one of the early patrons and composers of Thumri. Tappa style of singing is believed to have been the innovation of Shori Mian of Lucknow.

During the later medieval period a large number of standard works on music, both original and translations from Sanskrit, were undertaken. The three major works belonging to this period are: Raga-Darpan by Faqirullah; Tohfat-e-Hind by Mirza Khan; Naghmat-e-Asfi by Ghulam Raza.

Tracing the history of the contribution of Muslim musicians to the growth of Indian music it becomes evident that the Muslims of medieval India were what the indigenous Indian culture had made of them in the course of six hundred years. They became Indian in thought, speech and action and religion was part of the culture, but not the whole of it. It is obvious that music has been an unmatched medium to bring Muslims and Hindus together in India through the last six hundred years, and it is impossible to separate the Muslim components from the Hindu components in Hindustani music. 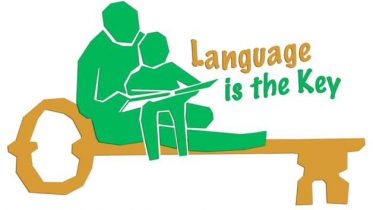 After 172 years, since their arrival from India to Guyana in 1838, the Hindustani Muslims have lost their mother tongue, Urdu.  The majority of Hindustani…