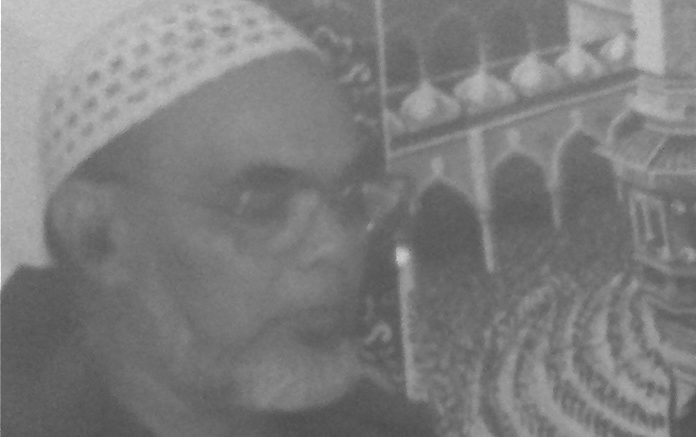 Khairul Emam Baksh was born in 1922 in the southern Trinidad village of Barrackpore to his parents.  His father Dookie Meah along with his kith were the pioneers in this area.  With their own hands and funding from their meagre means they toiled together to build the Barrackpore No. 3 Scale Masjid.  Dookie Meah served as its first Imam.  Here at age 18 Khairul succeeded his father as Imam upon his demise at a communal turban tying ceremony, signifying the passing on of the authority of Imam.

Upon the request of his father, Dookie Meah, a young (about 18 years old) married (with children) Khairul resigned his job in the oil refinery at Pointe-a-Pierre as a pipefitter to return from Union Village, Marabella to No. 3 Village, Barrackpore  to take up his appointment as Imam of the local jamaat in its new masjid.  His father Dookie Meah was the jamaat’s aging Imam who  sort to vest Khairul with the task of continuing his mission in the area.  At this time the majority of the members of the jamaat were the siblings of Dookie Meah and their families.  Dookie Meah subsequently moved to Marabella where he lived until he passed away.  He was buried in Marabella cemetery.

Imam Khairul served the Barrackpore No. 3 community as Imam for 25 years before moving to Cocoyea Village on the outskirts of San Fernando.  From here he served as Imam at Jama Masjid San Fernando, Ste Madeleine Masjid and his final posting at Macoon St. Masjid in Victoria Village.

During the early 1950s he devoted his leadership skills, time and own finances to rally the Barrackpore community to build the Barrackpore Primary Muslim School and the adjacent Barrackpore Masjid at Rees Road in Lengua Village, Barrackpore.  Imam Khairul  wore out his new Consul car transporting materials needed to construct the school.  A substantial amount of the funding for the school came from Imam Khairul’s own resources earned from sugar cane farming.  The school opened its doors in 1954 to its first batch of students under its Principal Hamza Mohammed who was recruited by Imam Baksh to serve in this position.

Haji Khairul departing for hajj. From left his cousin Imam Mohammed Ali, his uncle Ibrahim and his wife, Haji Khairul, his brother Solomon and his wife at Piarco Airport.

Imam Khairul was privileged to undertake the Hajj journey on two occasions, the last of it he was able to assist the President General of ASJA in  his moment of illness having suffered a stroke during the Hajj.  He was multi-lingual being able to read and write English, Urdu, Arabic and Farsi while he spoke Hindi.  Imam Baksh also served as a spiritual healer to people of all faiths who sought out his assistance.

On numerous occasions he opened his home to strangers, the Dutch couple traveling through the Caribbean, or the Guyanese couple who were seeking refuge from the potlical and economical turmoil there, or the two Hindu sisters from the distant village of Mayaro, one needing to attend teachers training college, the other being posted to San Fernando as a nurse.

This despite his own full household of ten children Zabar, Marsmoon (Moonie), Hapiza (Chunksy), Khairun Nisa (Roza), Farouqui (Farouk), Haseenah Khaneeza, Taslima, Zaberan (Zabee), Khanisa and (Faweez).  His neighbours were drawn to him and he was highly respected in his community by people of all faiths and race.

Imam Khairul was in the employ of ACME Motor Supplies from the early 1960s to the late 1970s where he was the sales supervisor.  His diligence was widely recognized always opening the auto parts store at 6:00 a.m.  to 6:00 p.m. Monday to Friday and to 1:00 p.m. on Saturdays.  This while also maintaining a busy schedule of serving the pastoral needs of his jamaat (religious community).

During a visit ot his son Farouqui in December 1986 he experienced heart failure.  Prior to undertaking this journey he bade farewell to those near and dear to him, declaring to several of them “I am going and I may not be back”.   Imam Khairul passed away at the Oakville Hospital in Ontario Canada in December 1986 and is buried at the Beechwood Cemetery in Vaughn, Ontario.  Haji Ahmad Ali prepared and delivered the eulogy at a memorial service held at his home in Trinidad (13 Forres Avenue, Cocoyea Village San Fernando).  You can download and read EULOGY here.

Here Imam Baksh is shown at the wedding of his eldest grandchild Alim in January 1983.

Be the first to comment on "Al Haj Imam Khairul E. Baksh (ra)" 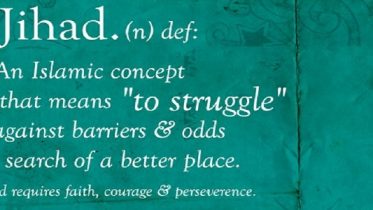 The following is a response to a report which was published by Canadian Press in which an Imam was asked the question: Is it correct…