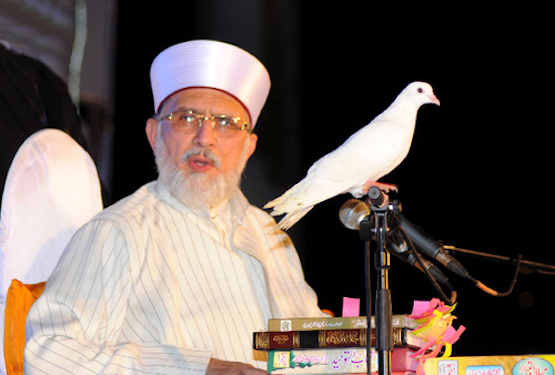 Suicide bombers have been described as the “heroes of hellfire” by a leading Muslim scholar in a fatwa condemning terrorists as the enemies of Islam.  Pakistan-born Dr Muhammad Tahir-ul-Qadri said there were no “ifs or buts” about terrorism and such acts had no justification in the name of Islam.  In a news conference he called on Islamic leaders to convey the message that acts of terrorism cut people off as true followers of Islam.

“They can’t claim that their suicide bombings are martyrdom operations and that they become the heroes of the Muslim Ummah (the Muslim nation), no, they become heroes of hellfire, and they are leading towards hellfire,” he said. “There is no place for any martyrdom and their act is never, ever to be considered Jihad,” he added.

Dr Qadri, who spoke at length in both English and Arabic before his audience, said his fatwa – a religious edict or ruling – was an “absolute” condemnation of terrorism without “any excuses or pretexts”.  “Good intentions cannot convert a wrong into good, they cannot convert an evil into good,” he said. “Terrorism is terrorism, violence is violence and it has no place in Islamic teaching and no justification can be provided for it, or any kind of excuses or ifs or buts.”

He insisted that Islam was a religion of peace that promotes beauty, “betterment”, goodness and “negates all form of mischief and strife”.

The 600-page fatwa by Dr Qadri, founder of the global Minhaj-ul-Quran movement, which has thousands of supporters across the world as well as in the UK, will be translated into English in the coming weeks. A fatwa, an edict issued by a learned Muslim scholar, may concern any aspect of Islamic life.

Tim Winter (Shaykh Abdal Hakim Murad), a lecturer in Islamic studies at Cambridge University, said while there had been similar fatwas in the past, Qadri did appear to have gone further than most.  “To declare the miscreants as unbelievers is unusual, because it is not really clear that the rules allow one simply to say that they are not Muslims,” he told Reuters.

“Those who are already hardliners will pay no attention at all. But ‘swing voters’ — poorly educated and angry Muslims, who respect mainstream scholars, will probably take note. “Certainly it is a helpful initiative,” he said.  While Qadri has followers across the globe, it is in Pakistan, where he has millions of followers, and in the diaspora that his impact would be greatest, Winter said.

Britain has about 1.7 million Muslims, mainly of Pakistani descent, and the security services say that nearly all major terrorism plots since 2001, including the 2005 London bombings which killed 52 people, were linked to Pakistan.

The Muslim Council of Britain, an umbrella organisation representing some 500 Islamic groups, said the fatwa was welcome. “It is entirely laudable for scholars such as Tahir ul-Qadri to speak out against terrorism,” it said in a statement.

To download the English summary version of the Fatwa in PDF format, please CLICK FATWA on Terrorism and Suicide Bombings. 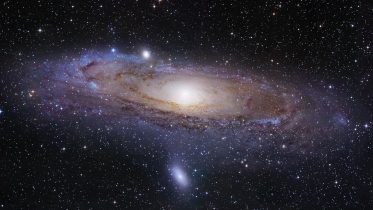 Abdul Wahid Hamid, writer, editor, educationalist, teacher and community activist, was born in Trinidad in 1943. His paternal grandfather had migrated to the Caribbean from…