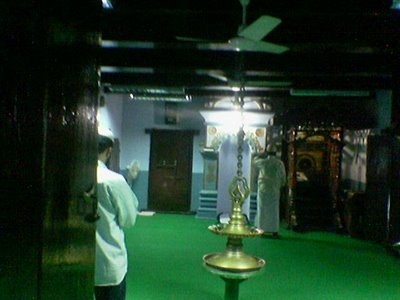 Cheraman Juma Masjid is a mosque in Kodungallur (anglicised name: Cranganore) in the Indian state of Kerala. The story about this masjid is that the king of Kodangallur accepted Islam at the hands of the Sahabi of RasoolAllah (saws), Malik Ibn Dinar .

A group of Arabs led by Malik Ibn Dinar  and Malik Ibn Habib arrived in north Kerala to trade as since ancient times, trade relations between Arabia and the Indian subcontinent were active. Even before Islam had been established in Arabia, Arab traders used to visit the Malabar region, which was a link between the ports of South  and Southeast Asia. Legend has it that Cheraman Perumal, the last Chera ruler in the 7th century AD., had witnessed a miraculous happening — the sudden splitting of the moon, the celebrated miracle of Muhammad — and learned on inquiry that this was a symbol of the coming of a Messenger of God from Arabia. Soon after, Perumal travelled to Makkah, where he embraced Islam, and accepted the name Thajudeen. On his way back to India he died at Salalah in the Sultanate of Oman.

The king gave Malik Ibn Dinar (ra) and his companions land to build a masjid.  Kodungallur was also the capital of Cheraman Perumal.    Cheraman Jama Masjid was built around 629 AD by Malik Ibn Dinar in the typical local style of architecture in its original construction. The mosque is situated in the Methala village of Kodungalloor Taluk, around 20 kilometres from the Irinjalakuda railway station. The masjid resembles a Kerala temple in construction and has a brass lamp for lighting.  A block of white marble in the mosque is believed to have been brought from Makkah.  This is said to be the first mosque constructed in India. This masjid was constructed during the lifetime of Muhammad (saws) (570-634 A.D.).

The present building dating from the sixteenth century was until recently predominantly made of wood. The mosque eroded owing to adverse climatic conditions and had to be partly rebuilt, though the wooden interiors are still intact. Unlike other mosques in Kerala that face westwards this mosque faces eastwards.  The mosque has an ancient oil lamp which always burns and which is believed to be more than a thousand years old. People of all religions bring oil for the lamp. This is one of the few mosques in Kerala which allow entry for people of other religions.

Just outside the main chamber are the graves of Malik Ibn Dinar’s son and his wife.  Malik Ibn Dinar (RA) left Kodangallur and went to Kasargod where he died and was buried. 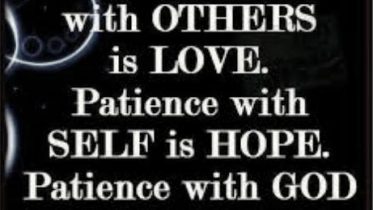 Sometimes a person may have a lot of wealth stored away in a bank but he may not have a cent in his immediate possession. …