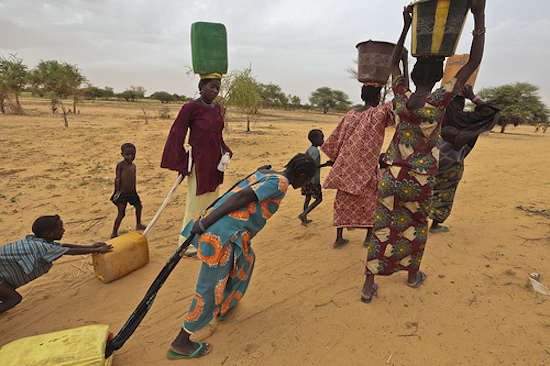 Guyana last week, following an appeal made by the Organisation of Islamic Cooperation (OIC) Secretary General, Prof. Dr. Ekmeleddin Ihsanoglu, to assist Malian IDPs (Internally Displaced People) and refugees, donated 10,000 US dollars to alleviate the plight of the most vulnerable and needy Malian people who have been badly affected by this current crisis according to an OIC press release.

As well, the Republic of Cameroon donated 100,000 US dollars following Dr.
Ihsanoglu call to help refugees in Mali. Guyana a few years ago donated 30,000 US dollars to people affected by floods in Pakistan and that money was used to build 100 housing units, a school, a health center and a mosque to the people of the Dera Gazi Khan village in Multan, Punjab Province which was ravaged by floods two years ago. The Republic of Cameroon also donated to the this project in Pakistan.

According to the press release, the OIC Secretary General expressed his gratitude to the representatives of Cameroon and Guyana and informed them that the funds will be used to assist IDPs who have recently returned to Northern Mali after several months spent away from their houses and separated from their loved ones.

Prof. Ekmeleddin Ihsanoglu reiterated his pressing appeals to all OIC Member States and the international community to generously donate to Mali which needs their assistance to tackle the daunting challenges of development and food insecurity.

Mali is a predominantly Muslim country in sub-Sahara Africa  with a rich history that goes back to the times when Timbuktu was an intellectual city that joined vital trade routes that linked  Ghana to Mali to Morocco and which today is facing a Toureg rebel insurgency that threatens to destabilize this drought plagued region. 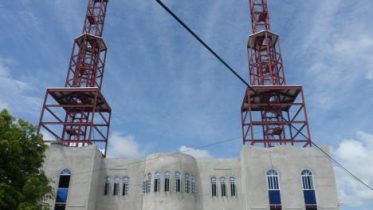 GEORGETOWN, Guyana — The historic Queenstown mosque in Guyana, built by the Afghan community of Georgetown in 1895, has received a US$100,000 donation from the…