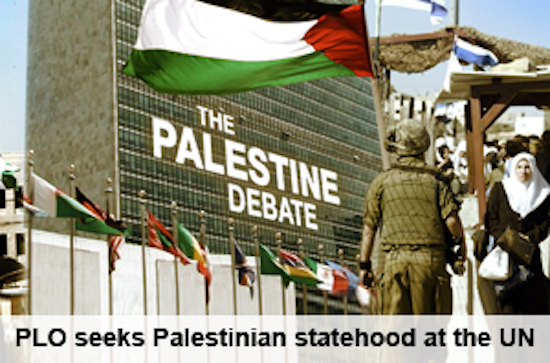 With Chairman of the Palestinian Authority Mahmoud Abbas’s impassioned plea to the United Nation’s General Assembly at last week’s sitting to grant Palestine formal recognition of statehood and full membership in the UN’s body, the issue has continued to get support from Caribbean countries.

Guyana, Suriname, Belize, St. Vincent and the Grenadines, and most recently Antigua and Barbuda have formally recognized Palestine.

“The State of Israel has a right to exist and the people of Israel have a right to live in security and to do so with the full and undisputed recognition of the rest of the world. On the other hand, the Palestinians are entitled also to enjoy the fruits of prosperity within their own sovereign state. Much else in this conflict may be negotiable. Surely, those two postulates are not. The Holy Land has for centuries been the locus of humanity’s hopes. It is high time that it now becomes a symbol, not of humanity’s divisions, but of humanity’s unity. This state of affairs will ensue only when the disgracefully long wait of the Palestinians for a homeland is brought to an end.”

Earlier this year Caribbean Foreign Ministers at their Fourteenth Meeting of the Council for Foreign and Community Relations (COFCOR) in St. Kitts reiterated the Community’s long standing and unwavering solidarity with, and commitment to, the just and legitimate aspirations of the people of Palestine for the exercise of their right to self determination and to achieve a homeland of their own, independent, free, prosperous and at peace. In its communiqué it stated:
“The Council further reiterated its support for a two state solution to the Israeli-Palestinian conflict with the people of Israel and Palestine living side by side in their free and independent countries in peace, prosperity and harmony and within secure and internationally recognized borders”.

In June Foreign Minister of the Palestinian Authority Riyad Maliki visited Grenada, St Vincent and the Grenadines, Antigua and Barbuda, Dominica, St Kitts-Nevis and Trinidad and Tobago seeking support for an independent Palestine. Maliki said that he was confident of the region’s support in his country’s bid for nationhood.  “All responses were very encouraging to us and this really raises our expectations that things would move into the right directions,” he said without indicating the Caribbean countries likely to support the diplomatic initiative.  “There are countries that have said that they would contemplate that issue; others said that they would look positively, favorably into this matter; others said we would go forward with recognizing the state of Palestine.  Others said we would like to seek a collective decision by CARICOM. But all in all, all responses and actions and messages were very encouraging.”

Apart from discussions at governmental levels several non-governmental agencies have also expressed their support for an independent Palestine.  The Nation Newspaper’s (Barbados main daily) editorial of September 28th came out categorically in support:
“It was refreshing to hear Prime Minister Freundel Stuart in his address to the United Nations last week calling for an end to the economic boycott of Cuba and urging the acceptance of a sovereign state of Palestine.
Today, as we return to the vexed question of Palestinian Authority membership of the UN, we wholeheartedly support Mr. Stuart’s call and reiterate the views of one official that one would think the Palestinian Authority was applying for membership of al-Qaeda.

Chairman Mahmoud Abbas has chosen the path of UN recognition rather than continuing with the useless charade of direct talks.”

While General Secretary of the Caribbean Congress of Labor (CCL) Senator Chester Humphrey of Antigua warned of “severe implications” for the region if they do not support Palestine’s application for statehood at the UN Security Council. “It has serious implications for governments who are straddled with serious constraints in terms of falling revenues, growing social demands and poverty and large unemployment,” Humphrey told a trade union conference.  “It’s the right and just thing to do. The Palestinians need a state and the occupation of their country must come to an end,” he said. Humphrey stressed that biblical ideologies should not be confused with political realities, while pointing out that Arab countries have significant financial resources, which the region badly needs at this time.

The position adopted by Caribbean governments and the calls of support from non-governmental agencies have not gone unnoticed by the Israelis. Informed Caribbean sources have reported that Israel’s Foreign Ministry personnel, including the Israeli non-resident ambassador to Guyana, Suriname, Trinidad and Tobago, Barbados, St. Kitts and Nevis, St. Lucia, and St. Vincent and the Grenadines has been promising the Caribbean states security and intelligence assistance in return for their votes in the UN General Assembly against recognition of Palestine’s sovereignty.  It is felt that Israel’s strategy is to have 60 members of the General Assembly vote against the Palestine resolution, abstain on it, or be absent from the Assembly and not vote. Sixty votes would deny Palestine and its supporters a two-thirds majority. For that reason, Israel is concentrating its efforts on the 38 members of the Small Island Developing States (SIDS). With all or a majority of the 38 SIDS members, Israel hopes to pick up the remaining 22 to 30 votes from small European and African nations, as well as from the United States, Canada, Germany, Italy, the Netherlands, and some of the NATO nations of eastern Europe.

It is further being reported that, The Israel Project, a major rightwing Israel lobby group, based in Washington, sent “a delegation of 18 Washington-based ambassadors from four continents” to Israel and the West Bank. Aimed apparently at heading off the Palestinian statehood initiative at the U.N.

The envoys, most of whom had never been to Israel before, were scheduled to meet with Israeli Prime Minister Benjamin Netanyahu, President Shimon Peres, Deputy Prime Minister Dan Meridor, Vice Prime Minister and Minister for Strategic Affairs Moshe Yaalon and opposition leader Tzipi Livni during their five-day mission.

The diplomats reportedly taking part in the mission included from the region:

Israel has developed strong ties with several Caribbean governments over the years and agreements have been entered into between the states especially in the areas of cooperation on agriculture and security.  At the ground level the Palestinian cause has had varying degrees of support from Caribbean people.  Muslims in the region have in the past been vocal on issues related to the Palestinians and made their opposition known to the Israeli occupation of the Palestinian lands.  Several speakers sponsored by Muslim organizations have visited and spoken on the subject to diverse audiences in different Caribbean islands. Persons and groups outside the Muslim community have also voiced their support but equally several individuals and groups have also voiced their support of the state of Israel.  In particular several Evangelical church groups have been very supportive and have also brought in their speakers in defense of the Israel.  A recent panel discussion by the Olive Tree group in Barbados, which featured Walid Shoebat, highlighted the strong support Israel has among these Christian groups.

On the issue of Palestinian statehood Muslims in the Caribbean are yet to make their voice heard.  Interestingly, however, in the absence of that strong voice and inspite of the opposition of Israel Caribbean governments are seemingly throwing their weight behind Palestine. 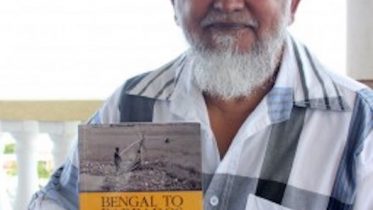 First published in Barbados Today here The East Indian community is a staple within the Barbados society. They have contributed to Barbados in a host…